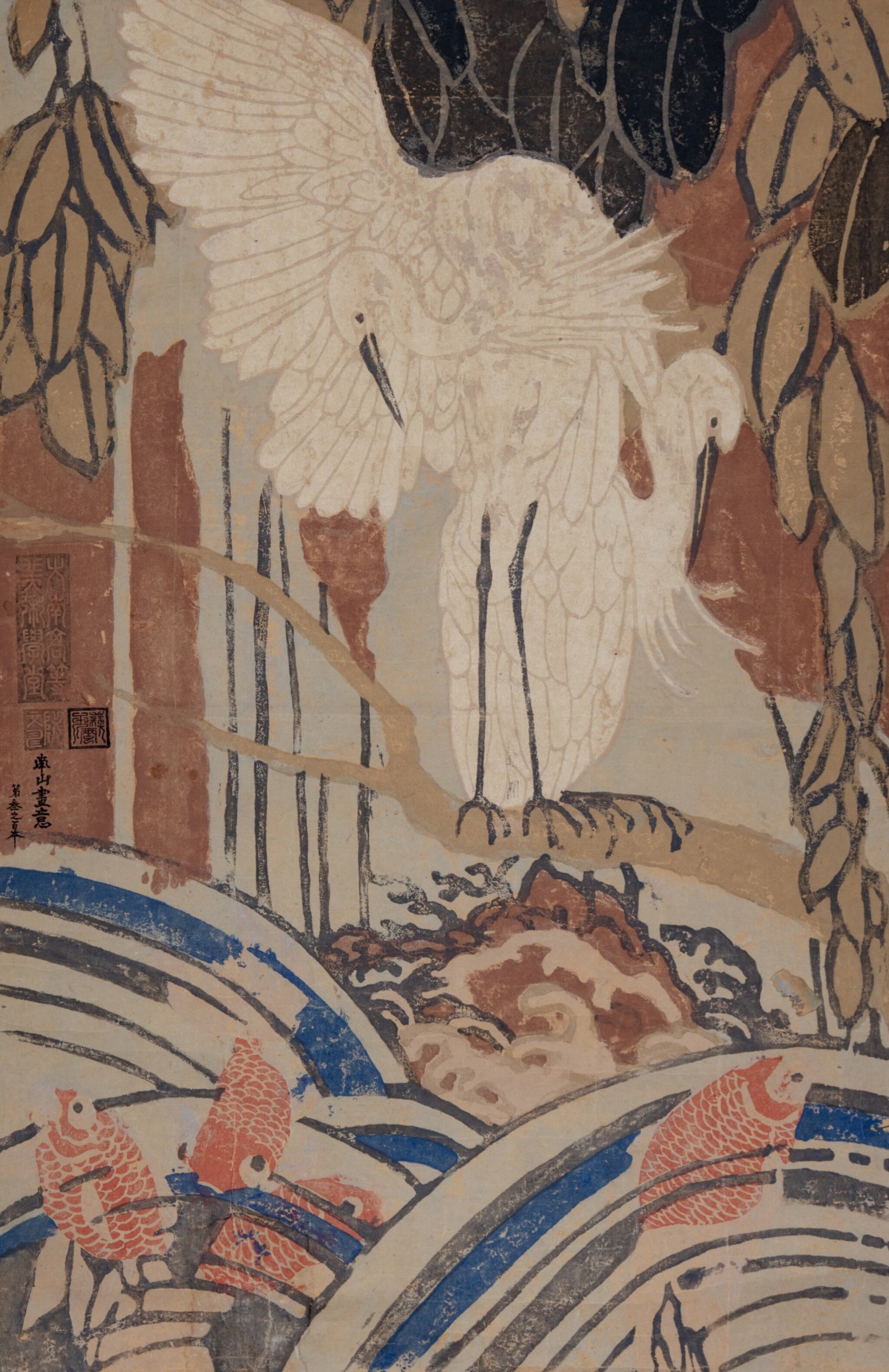 The paper turned yellowish. There are scattered creases and stains to the paper, There is a vertical old tear to the bottom, which was restored in the past. There are tears and losses of paper to the mounting, the bottom stick has been detached from the mounting.

Nguyen Van Tho is the actual name of Nam Son. This work was executed in 1927, when he was a professor of the École des Beaux-Arts de l’Indochine. Next to his seal, we can see the seal of his student To Ngoc Van, which isn't the case in other editions, which signifies that To had participated in the realization of this individual piece.

These two seals stamped under the seal of the Ecole des Beaux-Arts de l’Indochine, were also used on some prints produced by other students-artists of this school, such as 'The Tonkin woman and the wise old woman' by Nguyen Tuong Tam, and 'On the bank of the Red River' by Do Duc Thuan.

The original mounting of this work has been conserved, with the stamp of the framer to the upper left of the reverse.

Comparer with other examples of the same print: