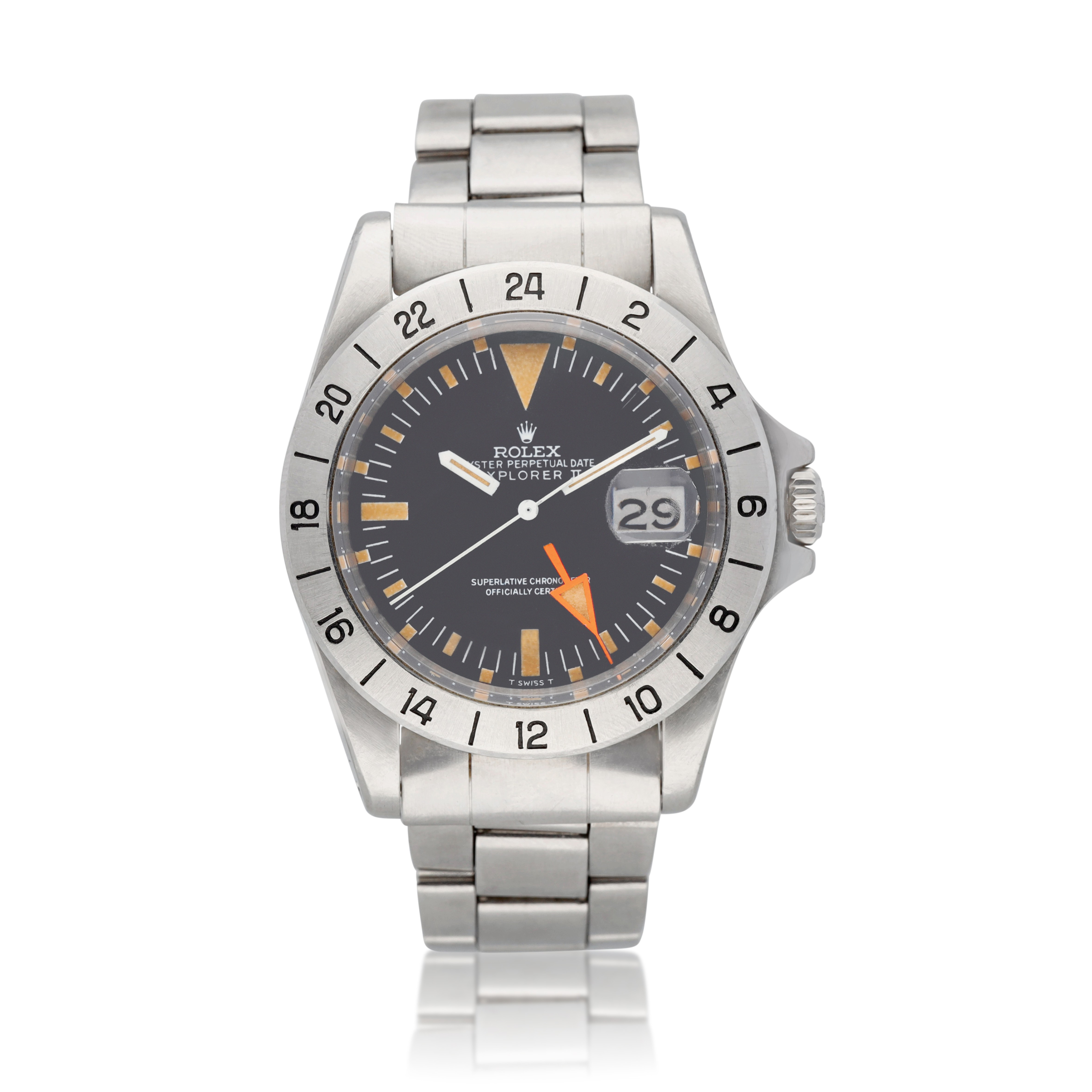 For further information on the condition of this lot please contact stanley.mischol@sothebys.com or camille.jucker@sothebys.com.

The intention behind the release of the Rolex Explorer II does not stray far from its name. The timepiece’s market and target customer were extremely narrow, catering almost exclusively to cave explorers. Upon first glance of the watch, it is clear that the piece is a technical one. With its pencil hands, prominent minute track, and its surplus of luminous details, legibility and clarity appear to be key.

But, what jumps out rather strikingly is the bright orange, arrow-tipped 24-hour hand—the specific feature, in fact, that gave the watch its first of two nicknames: Freccione, Italian for “big arrow.” The 24-hour hand pointing directly at the 24-hour marked, non-rotating bezel serves as an day and night indicator—a function perfectly served for explorers spending long hours and extended days deep in caves where natural light is lacking. The watch’s alternate, more popular nickname and one that has firmly stuck in the collector’s world, though, is actually a falsely misinterpreted rumor. The watch was quickly coined the “Steve McQueen” after the famous actor that was allegedly seen sporting one in public. However, McQueen did not actually have the Explorer II on, but rather the Submariner ref. 5512.

Functionality aside, the Explorer II is also a very handsome watch. Sporting a matte black MK2 dial (or better known as a Frog Foot dial, cleverly named after the MK2’s coronet that closely resembles a frog’s foot), a stainless-steel Oyster case, and a matching Oyster bracelet, the piece shows a clean look despite the myriad of high-functioning features encasing the dial and bezel. Introduced in 1971 and ceased in 1985, the Explorer II is an extremely rare piece. Additionally, all following Explorer II references differ largely in style and in function, further emphasizing the collectability of this very example at hand.