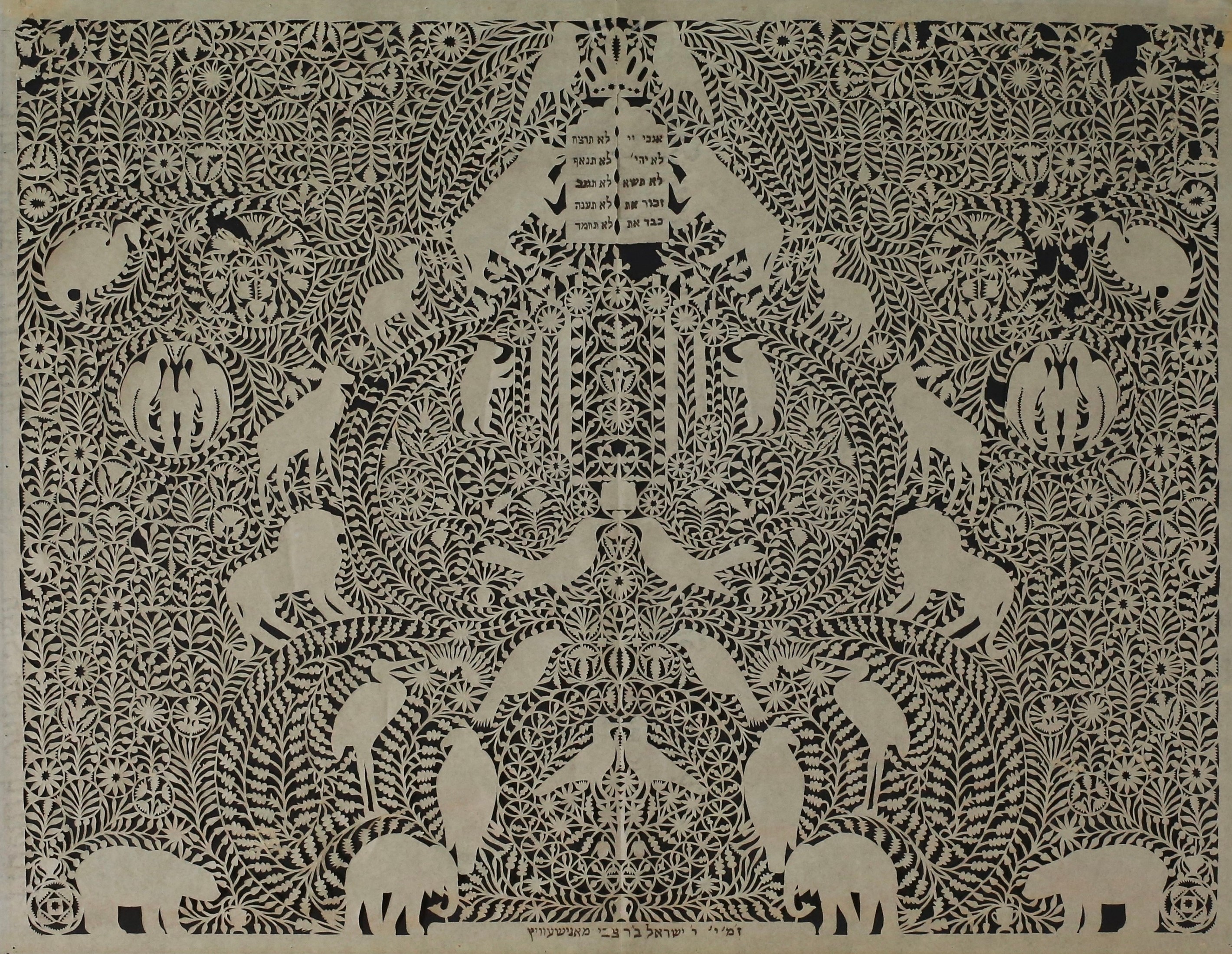 Papercuts were an especially popular form of folk art among the Jews of Central and Eastern Europe in the eighteenth and nineteenth centuries. This elaborate papercut is an outstanding example of the continuity of Jewish folk art tradition as it was transferred from Eastern Europe to the United States in the nineteenth century. It was elegantly conceived and delicately executed by Israel Mannesovitch circa 1920. Mannesovitch was born in Russia in 1859 and immigrated to the United States in the last quarter of the nineteenth century. He is documented in the New York census of 1892 as living in Albany and running a dry goods store located at 245 South Pearl Street.

Mannesovitch is known for his elaborate papercuts filled with a panoply of animals and precise floral designs. The Tablets of the Law are featured prominently at the top of this papercut and the initial words of the Ten Commandments are written within. The artist signed his name in Hebrew in the lower border. Two other, similarly elegant papercuts by Mannesovitch, dating from 1918 and 1925, are known; both are in private collections. Yehudit Shadur, the renowned scholar of the history of Jewish papercuts, published Mannesovitch's 1918 creation in her iconic work on this genre, but only recently have we been able to uncover more details about the life of this gifted artist.