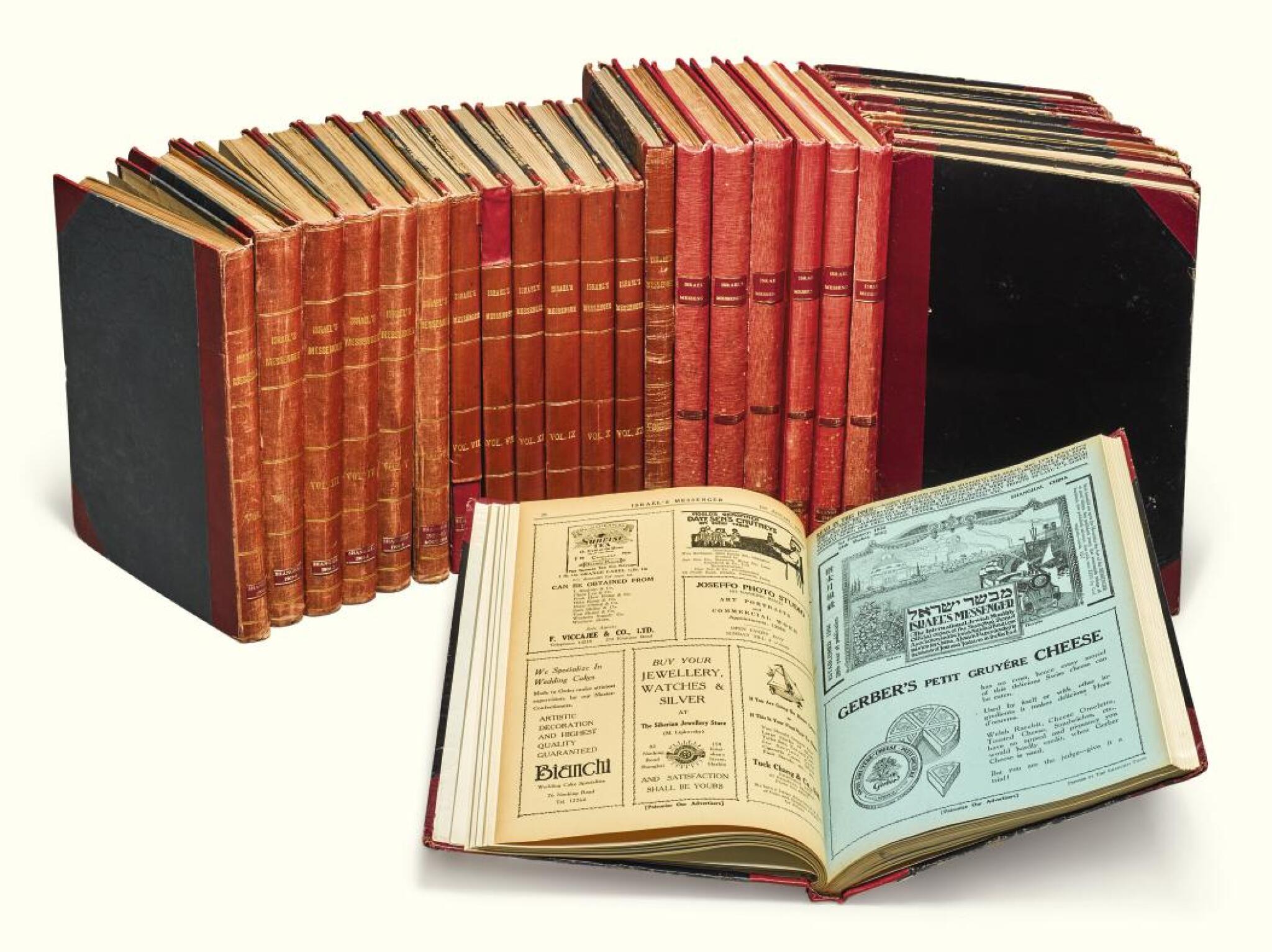 Jewish businessmen, many of them from Baghdad, Bombay, and Cairo, began arriving in Shanghai in the mid-nineteenth century with the establishment of a semi-autonomous British concession in the city as one of the terms concluding the First Opium War. Though small in size before the First World War, the Jewish community supported three synagogues and a number of educational and cultural organizations. One of these, the Shanghai Zionist Association (SZA), was cofounded in April 1903 by twenty-year-old Nissim Elias Benjamin Ezra (1883-1936), an immigrant from British India of Baghdadi descent. About a year later (April 22, 1904), Ezra began publishing Israel’s Messenger (Hebrew: Mevasser yisra’el) as the official English-language organ of the SZA (later, it would become the official mouthpiece of the Jewish National Fund Commission for China as well). The paper would continue to appear (with a hiatus from February 4, 1910 through October 27, 1918) until October 17, 1941, and Ezra would serve as editor-in-chief until his death.

Under Ezra’s editorship, Israel’s Messenger became one of China’s most sophisticated Jewish periodicals, with a circulation that reached as far as the United States. Initially published fortnightly, later monthly, the paper promoted Zionism while reporting on Chinese Jewish communal activities and current events.