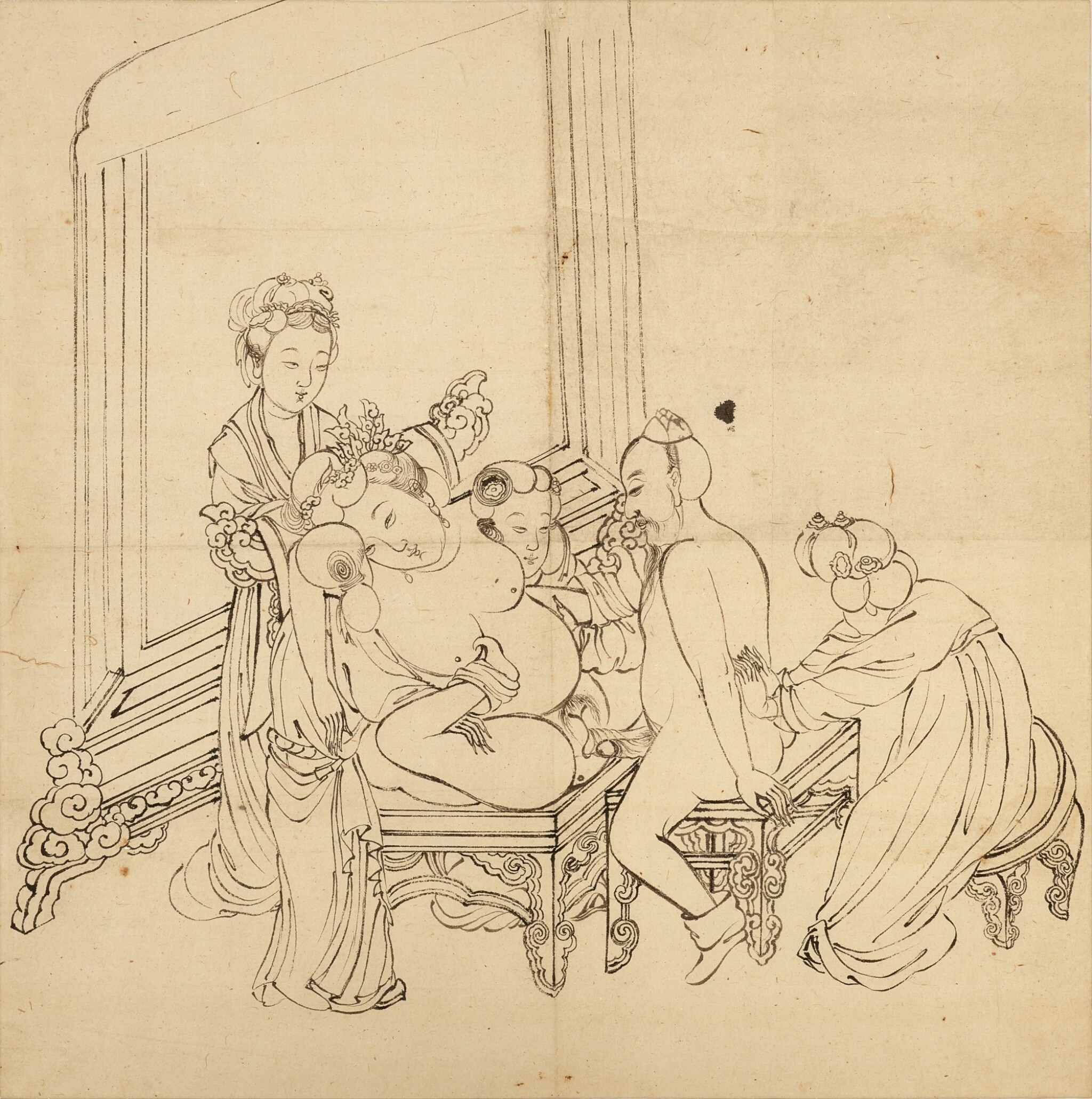 a set of 7 sketches, ink on paper

Overall good condition with foxing and old stains typical for its age. There are also minor creases, especially to the largest drawing as visible in the online catalogue photos. The largest painting was inspected without removing from its frame.

Such sketches were used as composition guidelines as well as preparatory drawings, as evident in two sketches in this group which show variations of hand gestures at the margin. It is as if the artist considered different ways of fondling or gestures of flirtation. In two other sketches – one of a man sneaking up to his sleeping partner and the other of a voyeuristic lady behind a sheer curtain secretly observing a love scene – there are handwritten remarks on the details such as the floral pattern of the robe and the translucent fabric. For paintings of matching compositions, see a 19th-century example with an apocryphal seal of Qiu Ying illustrated in ibid., p. 131.