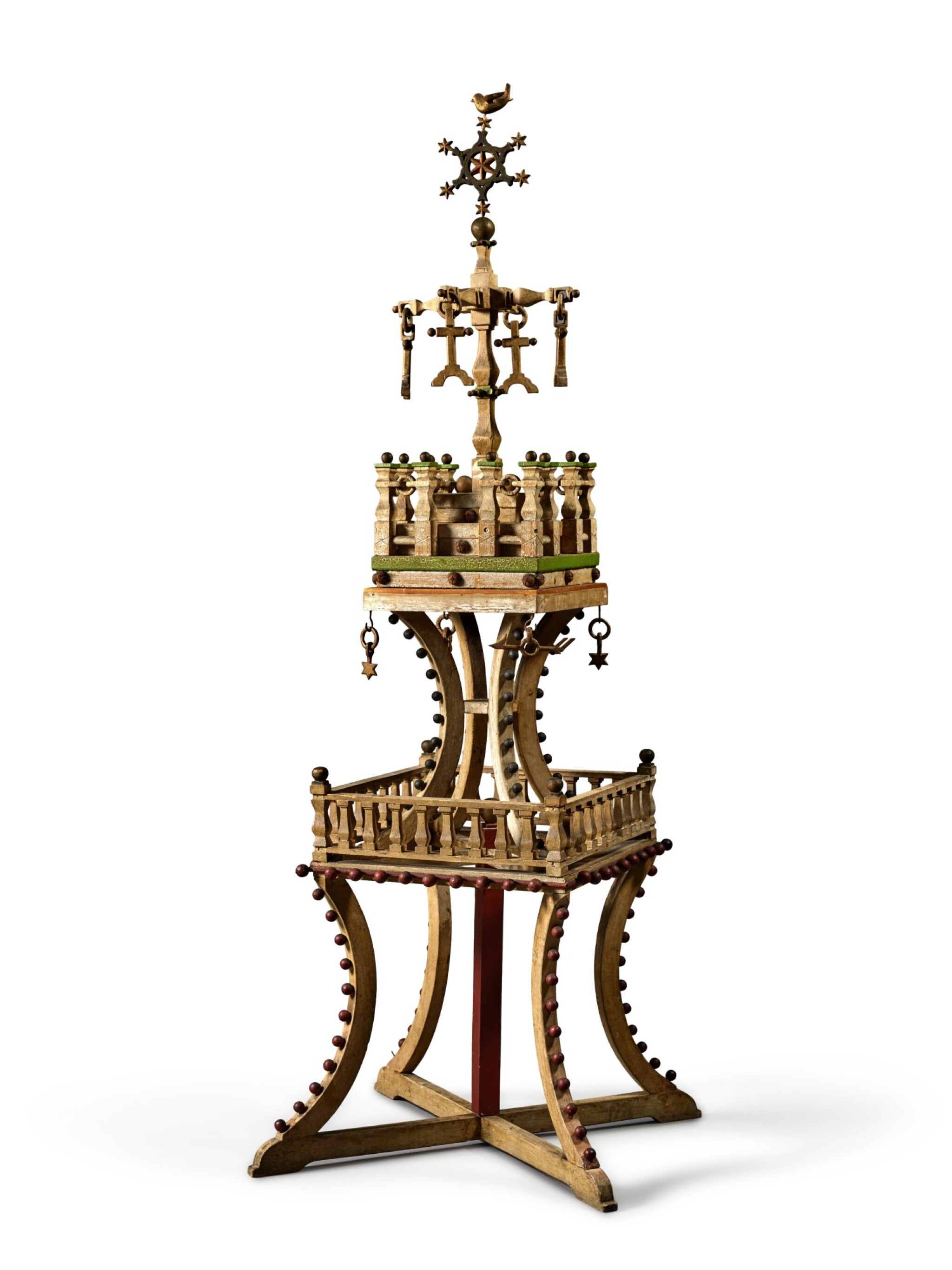 Property from the Collection of Kendra and Allan Daniel

The German-born John Scholl (1827- 1916), emigrated to Schuykill County, Pennsylvania in 1853. By 1870, he had settled his family in the town of Germania, Pennsylvania where he was both a farmer and a carpenter. During his lifetime, he had helped to build much of the town, including the St. Matthieus Lutheran Church, a general store and the local brewery.

When he retired from his trade at the age of eighty, his work was far from over. Having worked for over sixty years, he found it difficult to live an idle life and thus began to create his own art. He created small whittler’s puzzles, known as “Finials,” openwork wall plaques representing snowflakes, mechanized wooden toys, and large, freestanding sculptures, later dubbed as “Celebrations” by Cordelia Hamilton and Adele Earnest, both early collectors, researchers of Scholl's work, and former owners of the Stony Point Folk Art Gallery in the Hudson Valley.

Scholl’s tools were scarce. His primary tool was a jackknife and sometimes a band saw. His works included themes of his Pennsylvania-German heritage, celebrating Christmas, snowfall, springtime, weddings, the circus and peace on earth. Like his building style, he often included whimsical trim and decorative ornament depicting birds, tulips, snowflakes, and star-crossed circles, all of which appear on this offered example.

The entire collection of only forty-five works was acquired by the Stony Point Folk Art Gallery and offered for sale in 1967 at an exhibition held by the Willard Gallery in New York. Since then, Scholl's works have seldom appeared in the marketplace, making this a rare opportunity to acquire a John Scholl masterpiece.