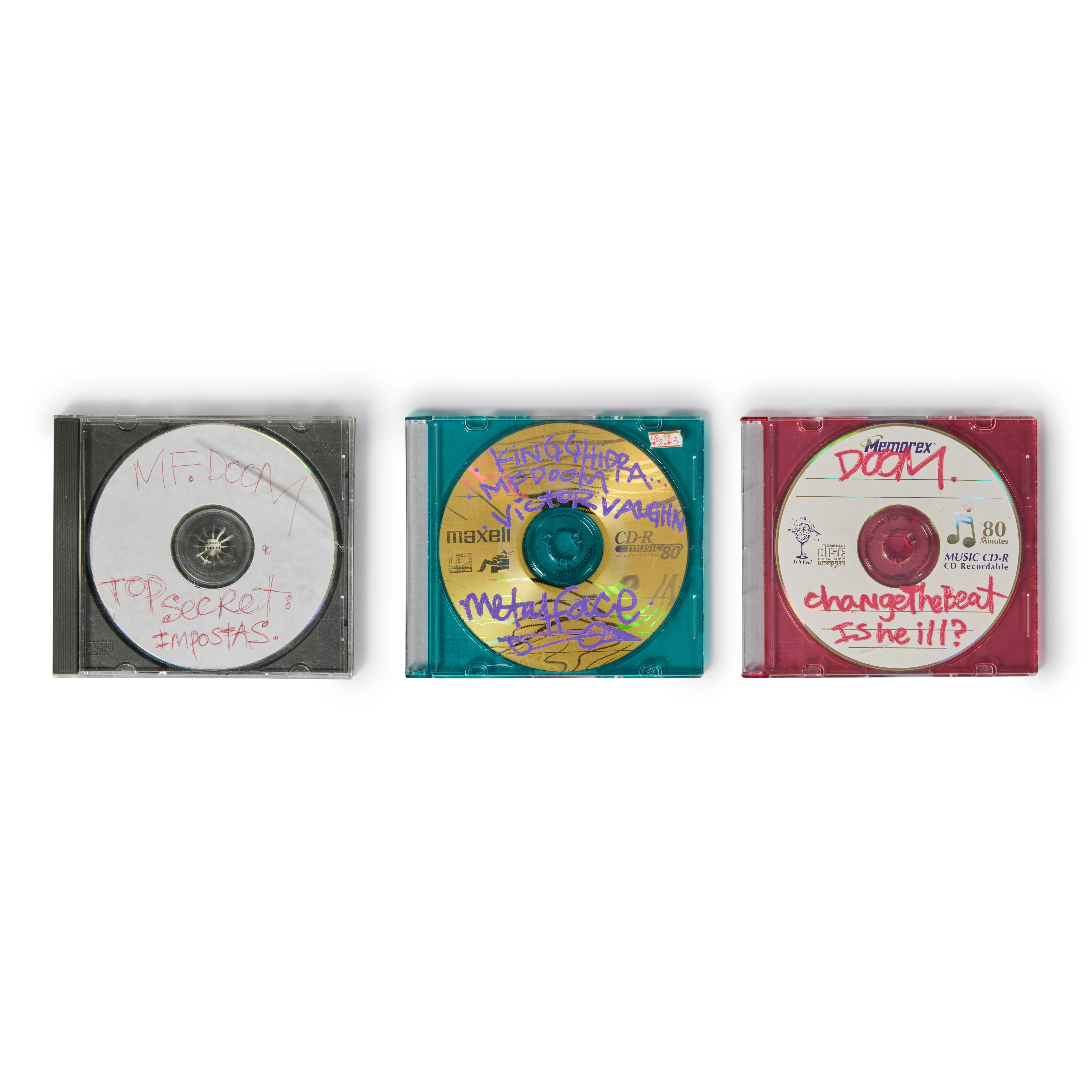 Offered here are three MF DOOM demo CD-Rs in advance of public release. DOOM hand-delivered these to Bobbito Garcia for airplay on the WKCR radio show, C.M. Famalam, a show Garcia co-hosted with Lord Sear in the early 2000s.

"Impostas" is the third song on MF DOOM and MF Grimm's collaborative record MF EP. "Impostas" is widely considered as one of Doom's hardest and most underrated tracks. Three years later MF DOOM put out "Change The Beat" on the album Rae Dawn, and "Is He Ill?" on the album Yee Haw. Last is a demo for Metal Face, a collab album between MF DOOM and Czarface, officially released on March 30, 2018. The "metalface" CD-R offered here lists the names "King Ghidra" and "Victor Vaughn", both lesser-known aliases of MF Doom.

Born in 1971 in London but raised on Long Island, producer and rapper MF DOOM is best known for his complex rhymes and wordplay, signature mask, and comic supervillain performance persona. Variety has referred to him one as of Hip Hop's "most celebrated, unpredictable, and enigmatic figures."

In 1999 MF DOOM released Operation: Doomsday, now considered one of the most influential albums in the history of Hip Hop. According to The A.V. Club the album has since achieved "mythic status; its legend has grown in proportion to its relative unavailability, and to DOOM’s ascent to cult godhood."