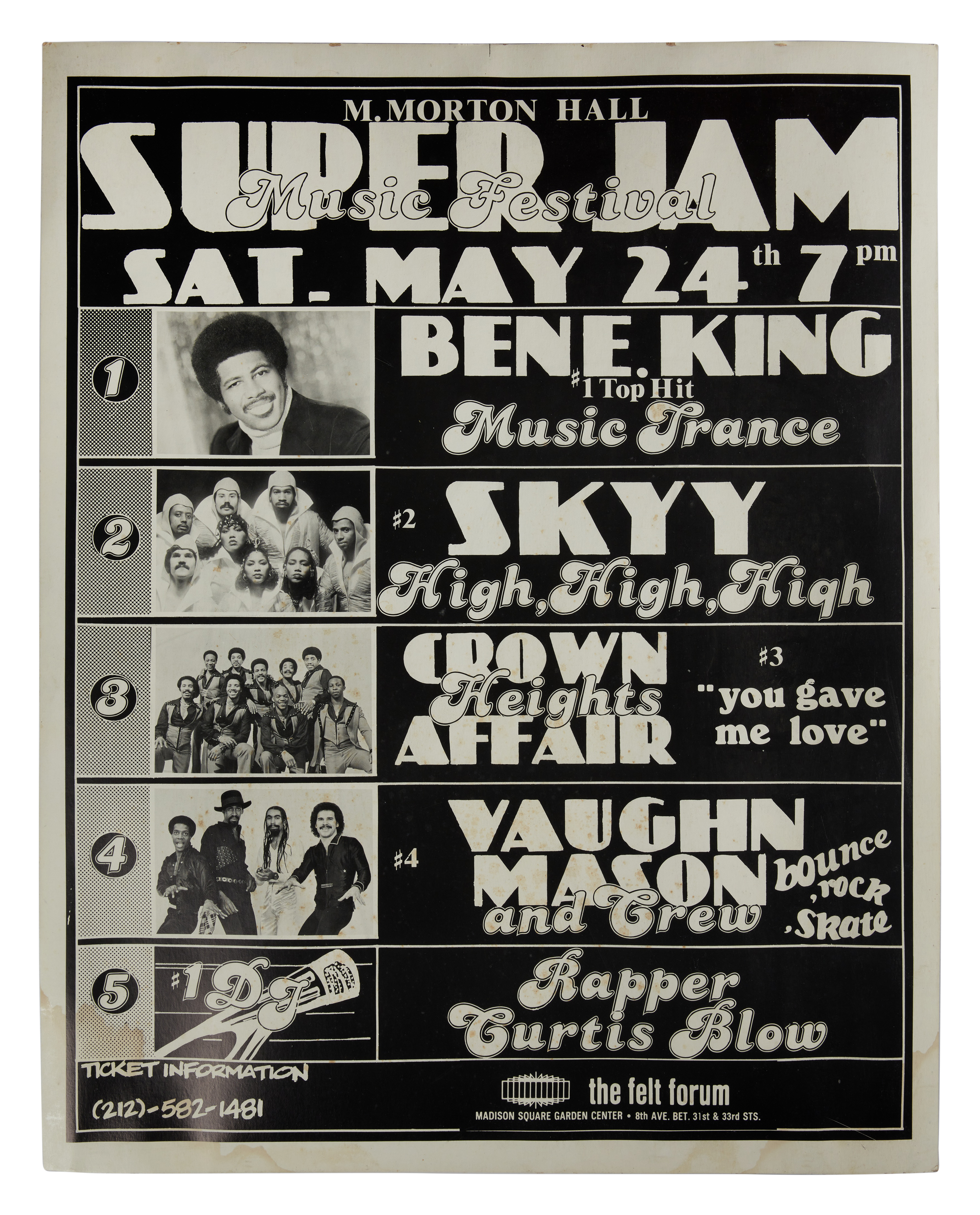 Headlined by "Stand by Me" star Ben E. King, the Super Jam Festival took place in May of 1980 at the legendary New York City music venue, Felt Forum, an intimate venue located inside Madison Square Garden. The concert, produced by legendary music promoter M. Morton Hall, featured an R&B-heavy line-up of King, Skyy, Crown Heights Affair, and relative newcomer, Kurtis Blow (incorrectly signed with a C on the show poster featured in the current lot along with a ticket from the performance).

Although he is at the bottom of the bill, Blow could boast being the first commercially successful rapper one year before this performance took place. "Christmas Rappin'," a landmark Hip Hop single recorded in 1979 when Blow was only twenty years old, went on to sell over 400,000 copies and became the first Hip Hop holiday staple. Signed to Mercury, "Christmas Rappin'" and his second single, "The Breaks," certified gold, Blow would be the first rapper signed to a major label. He would go on to release eight solo albums and four compilation albums, creating and producing hits for artists such as The Fat Boys and many others. Throughout his career, Blow has been an outspoken racial justice advocate and became an ordained minister in 2009 along with founding The Hip Hop church in Harlem.

As the only Hip Hop artist listed in the current lot, Kurtis Blow would single-handedly introduce the genre to a wider mainstream audience with this performance. Thanks to Blow, the audience of 1980 could now open their ears toward a newer, edgier and distinctly fresher sound.