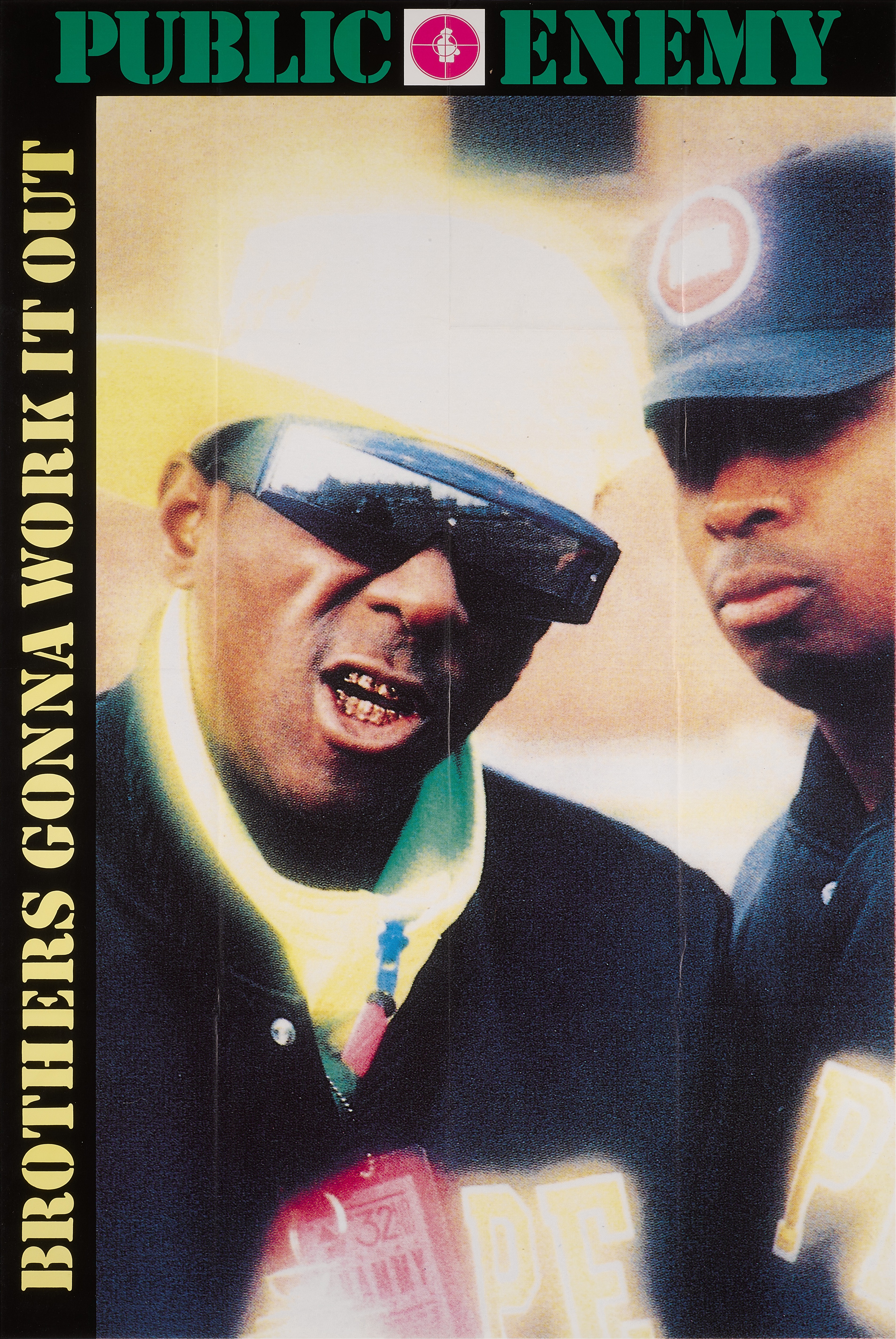 The oversized poster offered here was used to promote the EU release of “Brothers Gonna Work It Out,” the 4th single from Public Enemy’s critically acclaimed double-platinum third album, Fear of a Black Planet.

﻿"Brothers Gonna Work It Out" featured cacophonic sound textures and a theme of unity among Black Americans, addressing their plight at the turn of the 1990s. The overall album, Fear of a Black Planet—featuring the single "Fight The Power"—is now viewed by critics as one of the greatest and most important Hip Hop albums of all time. In 2004, the Library of Congress added it to the National Recording Registry, which selects recordings annually that are "culturally, historically, or aesthetically significant".

The photo of Flava Flav and Chuck D. was shot in London by British TV presenter/photographer/DJ Norman "Normski" Anderson, and was also used as the cover shot for international releases of the single, with a different photo used for the US release. Known to many as the presenter of the BBC “Youth TV” shows Dance Energy and Def2, Anderson helped to document the rise of hip-hop, traveling the US and the UK to capture pictures of a genre on the brink of world domination. From Big Daddy Kane and Flava Flav to Run-D.M.C. and Ice Cube, "Normski" was freezing frames from the first beat and building an archive that’s a treasure trove for Hip Hop lovers.