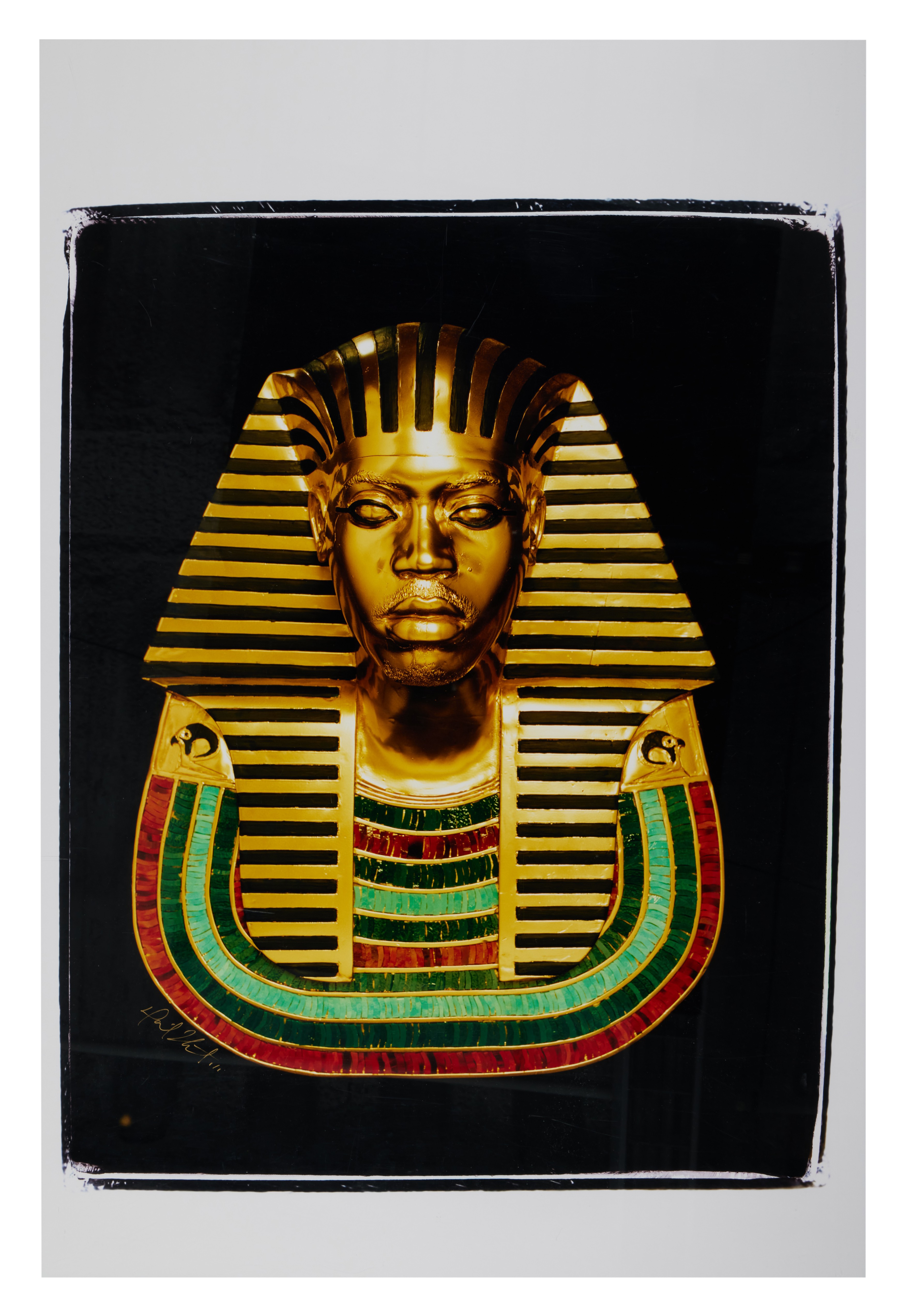 Oversized chromogenic print of the image used on the cover of NAS album "I Am...", ca 1999. signed by Danny Hastings

Edition of 1, signed by Hastings.

A LUXURIOUS SEND-UP TO HIS GROWTH AS AN ARTIST, NAS FILLS THE SHOES OF KING TUT ON HIS I AM...ALBUM COVER BY DANNY HASTINGS

Considered one of the greatest and most influential rappers of all time, Nas had two critically-acclaimed albums under his belt before he released I Am...with a cover look shot by Danny Hastings straight out of antiquity. Cast in a luxuriously gold sarcophagus-style mask inset with jewels and befitting the ancient King himself, Nas takes on a regal role of rapping royalty in the current lot. I Am... would go on to sell almost half a million copies during the first week of its release and debuted at number 1 on the Billboard chart.

The oversized photograph, specially hand-printed from the original negative by Hastings and signed by Nas himself, is a visual testament to the artist's journey from young demo recorder for Large Professor to securing the number two spot on the Source's "Top 50 Lyricists of All Time" list. Growth, however, does not come without its risks for reward - the execution of the I Am...cover shoot led to a near-death experience for the rapper, when the clay applied to his face to mold the mask nearly suffocated him. Danny Hastings spoke to MTV's Mixtape Daily in May of 2011 anD recalled the concept for shooting I Am...

"The concept of the album art was to take the cover theme from Nas' debut, Illmatic, and build on it. The 1994 LP featured a picture of a young Nasir Jones, with the Queensbridge projects as the backdrop. On the MC's 1996 follow-up, It Was Written, Nas appeared in front of the same backdrop, just a bit older. For his third album, Hastings wanted to continue to document the rapper's growth.

"The first one, you have him being a boy, very young. The second was a little bit older. And the third one, he was a king," Hastings said. "He already conquered the world. He was on top of the world. He was doing a lot of big things. We came with the concept of making a King Tut sarcophagus piece."