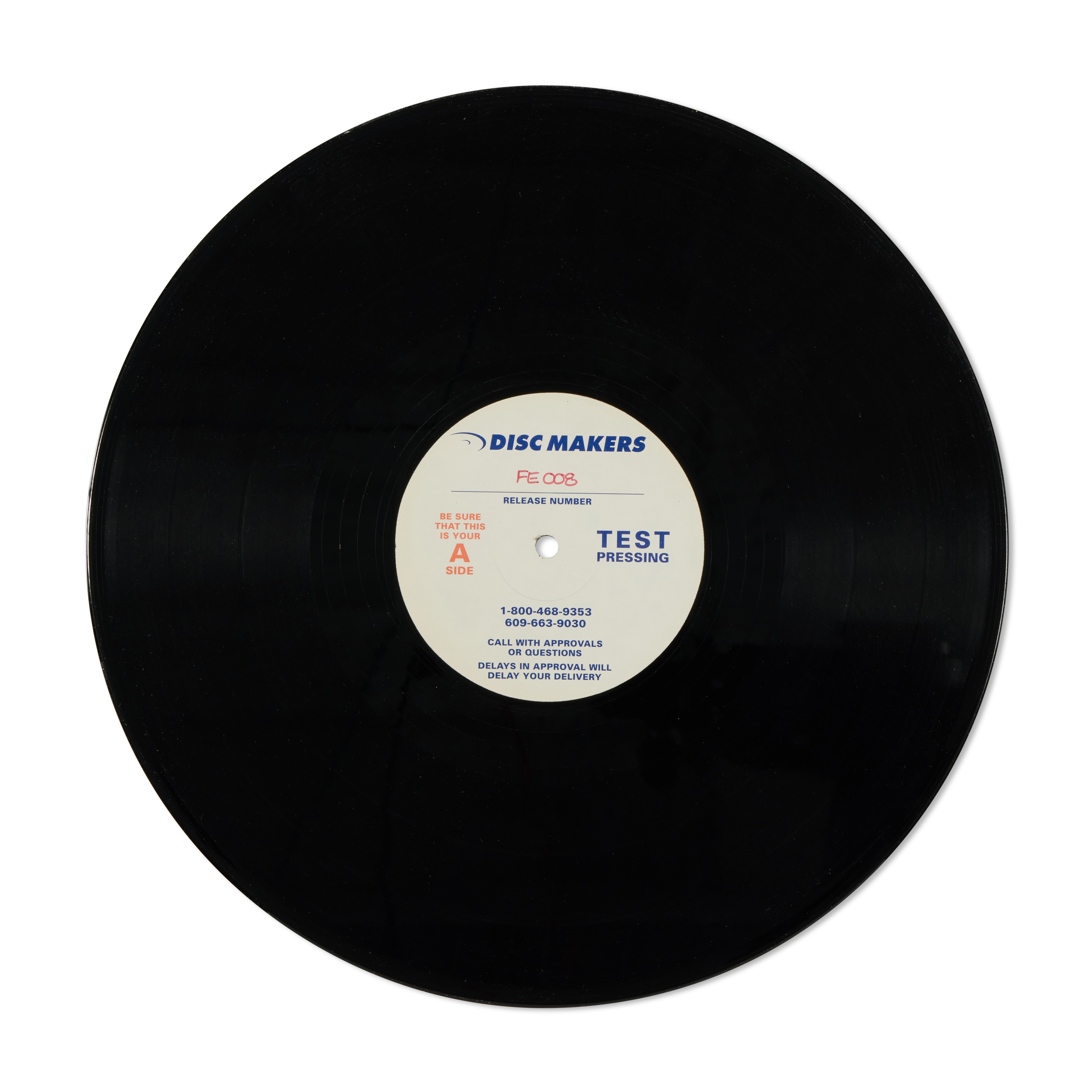 The advance test pressing offered here is one of MF DOOM's debut single "Hey" and "Dead Bent", which were released shortly after being approved in 1997 on Bobbito Garcia's independent label, Fondle 'Em Records. This double-sided vinyl 12" introduced DOOM to the world two years in advance of his debut album, Operation: Doomsday, which is considered one of the most influential full-length LPs in the history of Hip Hop.

Born in 1971 in London but raised on Long Island, producer and rapper MF DOOM is best known for his complex rhymes and wordplay, signature mask, and comic supervillain performance persona. Variety has referred to him as one of Hip Hop's "most celebrated, unpredictable, and enigmatic figures."

Twelve years after the pressing offered here was released, MF DOOM put out a deluxe remastered version of Operation: Doomsday, due in part to the original album achieving, according to The A.V. Club, "mythic status; its legend has grown in proportion to its relative unavailability, and to DOOM’s ascent to cult godhood." The online music publication Pitchfork referred to the 2011 Operation: Doomsday reissue as "a must-hear in just about any format."