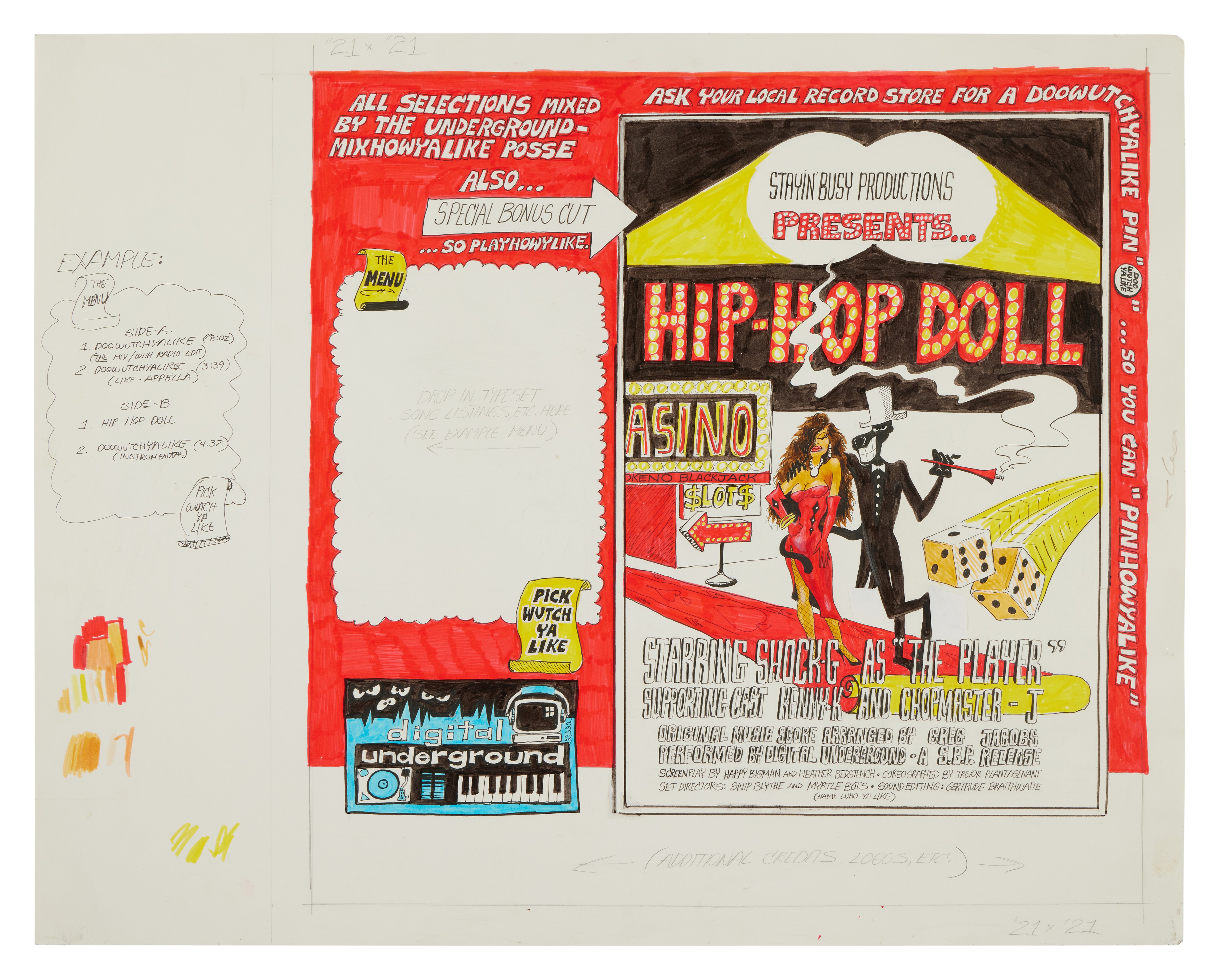 Appearing on the back cover of Digital Underground's breakthrough hit, "Doowutchalike," the current lot showcases the artistic process when illustrating album art. The track advertised, "Hip Hop Doll" appeared on the "Doowutchalike" 12" on both the A and B sides. The concept artwork was originally submitted to Tommy Boy with blank areas indicated by Shock in pencil as to where to drop in type, legal lines, and logos - a literal behind-the-scenes look at how commercially distributed media comes to life.

The artwork and text itself are classic examples of the late Shock G's playful, sexy, and funny style - including portraying himself in the starring role of "The Player" in a marquee motif straight out of a Tex Avery cartoon.

From the personal collection of Digital Underground's manager, Atron Gregory