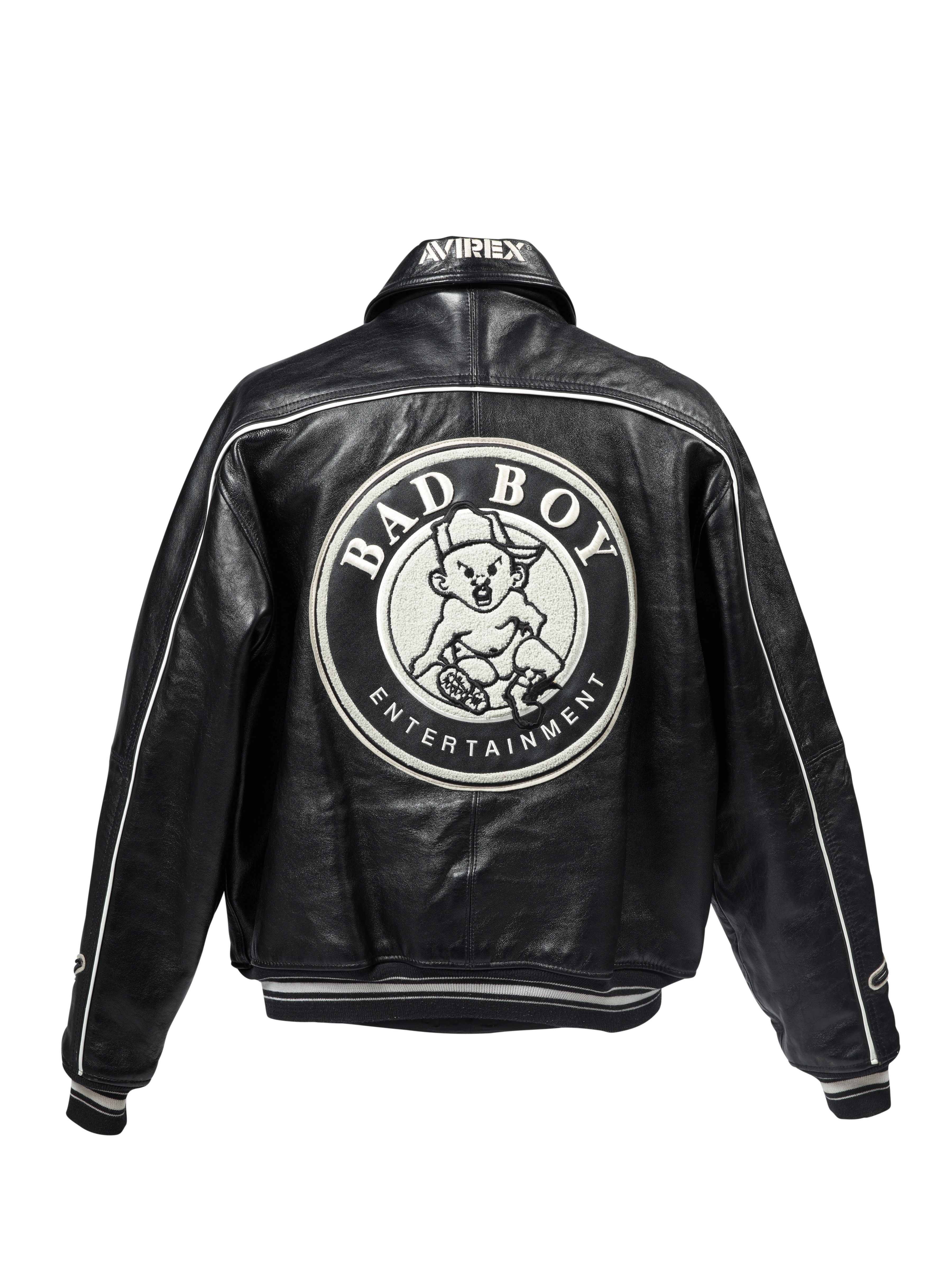 Bad Boy's most commercially successful release happened only a year after its founding, when The Notorious B.I.G. dropped his debut album, Ready to Die, now widely considered one of the greatest albums of all time. The record essentially revitalized East Coast Hip Hop, and proved to be the only studio album released while The Notorious B.I.G. was still alive.

The now-famous Avirex was founded in 1975 by Jeff Clyman, a New Yorker who flew old war planes as a hobby. According to Clyman, “One of our sales reps asked if we could give a varsity jacket to Fat Joe to wear in 1993. We said yes and the rest is history. The Hip Hop community intuitively understood the value and craftsmanship of the jackets we made.”

The following years saw the biggest names in rap— most notably Nas and Biggie—rocking Avirex at their shows, during photo shoots, and on album covers. Avirex’s popularity in the culture would soar, as their leather bomber and varsity jackets became status symbols emblematic of the street culture of ‘90s and early 2000s Hip Hop.

From the personal collection of Chico-N-Esco