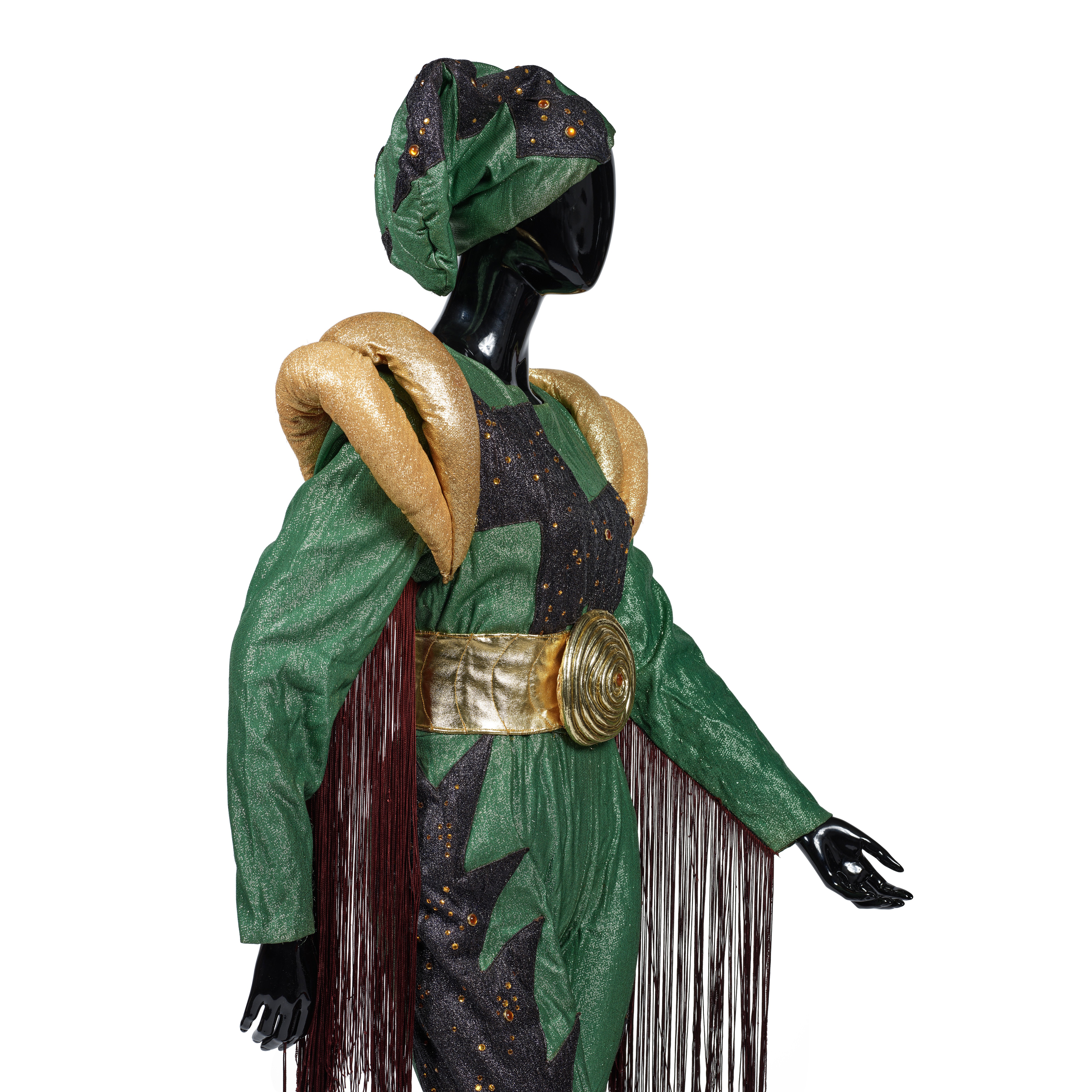 The costume offered here was worn on stage in 1982 as Jazzy Jay DJed for the Soulsonic Force during “Planet Rock's" peak of popularity. As one of the first members of the Zulu Nation, a funky, futuristic vibe was standard for Jazzy Jay whose imagery, iconography, and fashion referenced the group's ideals of bringing together all races, religions, and nationalities, all in service of “peace, love, unity, and having fun.” Starting in the late '70s in New York City, the Zulu Nation would convene youth events that combined all the various elements that now fall under the cultural umbrella of Hip Hop.

In the '70s, in the Bronx, at the young age of 13, Jazzy Jay began his career in Hip Hop before Hip Hop was even a thing. During the early '80s—first at countless local parties and then on his own radio show on Kiss FM—Jay would spin records at classic New York City clubs including The Roxy, T-Connection, Danceteria, and Negril.