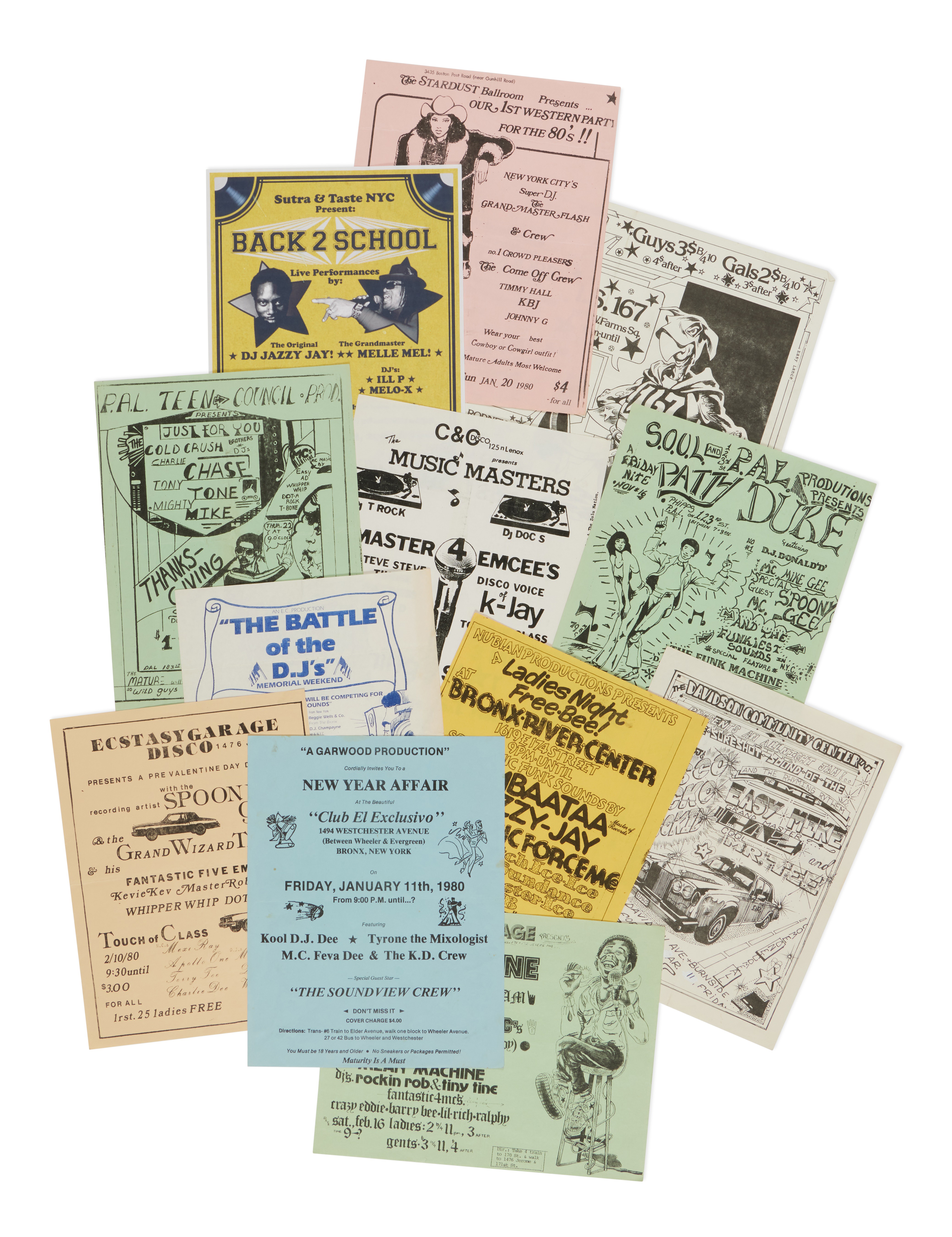 Jazzy Jay is indisputably one of the most important DJs and producers in Hip Hop history. The primarily early '80s flyer collection offered here comes from Jazzy Jay’s long-held personal collection, firmly placing these materials in the geographic and temporal epicenter of the emergent Hip Hop scene.

Jazzy Jay himself appears on or was somehow connected to every event advertised herein, with all flyers being acquired at the time of the event. The lot contains notable designers including Phase 2, Buddy Esquire, and many more. Simply put, this collection is a seminal piece of Hip Hop history.

Jazzy Jay started as a protégé of Afrika Bambaataa and a member of the Universal Zulu Nation along with his cousin DJ Red Alert. From his early days as a Zulu King dancer in the 70s, he went on to become one of the best and most beloved DJs ever. In addition to DJing at countless street parties and events in the Bronx and beyond, Jazzy Jay played a key role in bridging the Bronx and uptown scenes to the interest and emergence of Hip Hop on the downtown scene spinning at Negril, The Roxy, Danceteria, and the Ritz.

According to Rick Rubin, "Of all the DJs, Jay was my favorite, from both a technical and taste standpoint...it just felt like every record Jay picked was good. The way he cut ’em up, and just the way he worked the night, felt the best of anybody." Jay and Afrika Islam also figured prominently in early DJ battles, tag-teaming against Grandmaster Flash and Grand Wizard Theodore.

Jay would go on to firmly cement his place in the culture in 1984 when he met Rick Rubin. The two of them laid the initial foundation for a record label that would soon come to be known as Def Jam Recordings. Their first official single was Jazzy Jay and T La Rock's "It's Yours". “It’s Yours”  that would enrapture NYC's dance clubs and rap radio shows becoming a bona fide Hip Hop classic. Jazzy Jay went on to play himself in the 1984 film “Beat Street” and has produced or played a hand in numerous hits over a career that has spanned the 50-year lifespan of Hip Hop.