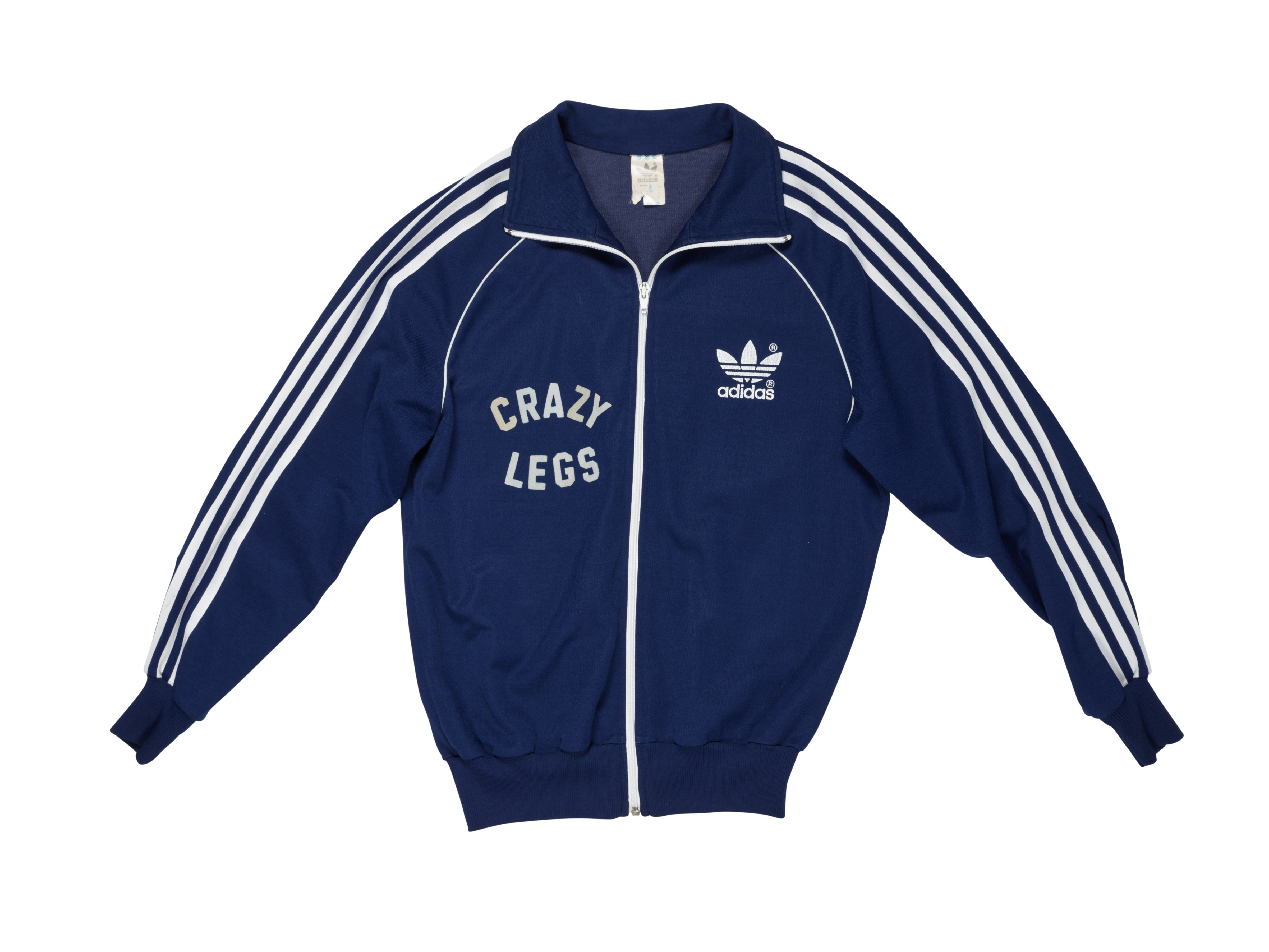 Crazy Legs bought the jacket offered here in Japan in 1983 while promoting the movie, Wild Style. "We bought some unique Adidas jackets we couldn't get in the United States...that was really important to us because you always wanted to be different when it came to whatever you were doing in Hip Hop. Whether you were an emcee, DJ, b-boy, or writer, there had to be something about your presentation, your whole style, your character...so coming back with that Adidas jacket was really important to me because no one had it. It represented Wild Style, it represented a young kid from the Bronx, touring, and having opportunities to dance around the world."

One of the first b-boys to be featured in mainstream press on the new dance genre of breaking was pioneer Crazy Legs. Born in the Bronx in 1966, Crazy Legs would go on to become president of the Rock Steady Crew, named by The New York Times as "the foremost breakdancing group in the world." Crazy Legs' name—perhaps not surprisingly—is borne from his skill, improvisation, athleticism, and flexibility on the dance floor.

Breaking's roots date to the 1970s, when predominantly Puerto Rican and Black youth in New York City saw their craft start to gain popularity outside of its ancestral community. Around the same time, the city was giving birth to Hip Hop, and the two became inextricably linked.

Breakding's marriage with Hip Hop started in the Bronx, where DJs like DJ Kool Herc would employ breakdowns (aka the "breaks") by repeatedly looping percussive sections that allowed dancers to show off the four main varieties of breaking: freezes, toprock, downrock, and power moves.