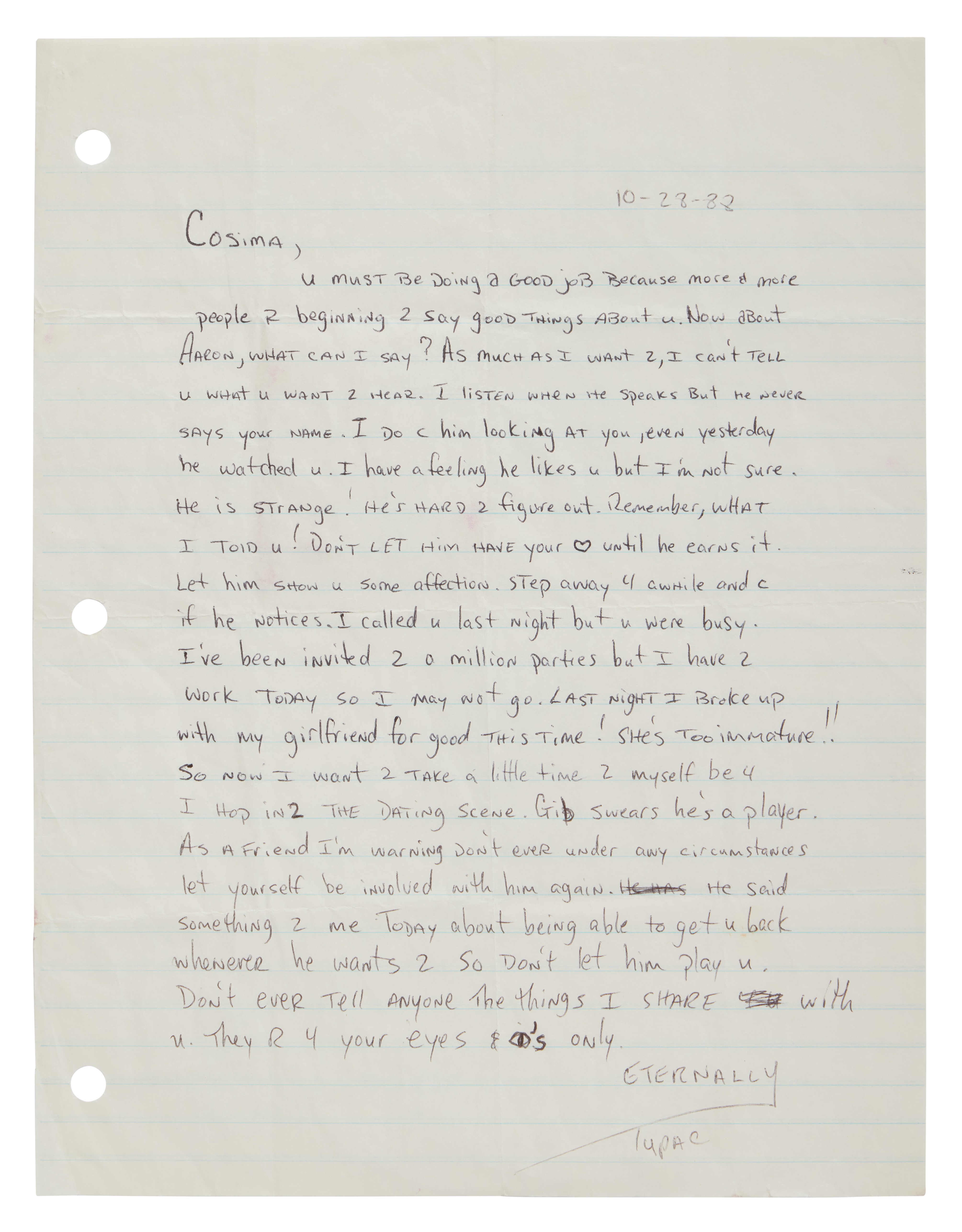 "REMEMBER WHAT I TOLD YOU. DON'T LET HIM HAVE YOUR ♥ UNTIL HE EARNS IT."

Cosima, the recipient of the present letter, was a Sophomore and fellow member of the Ensemble Theatre Company. The pair shared a deep connection at this time, just before and in the beginning stages of Tupac's rise to fame, from their first meeting on Cosima's birthday in October 1988, and lasting for approximately 7-8 months. This, and the other letters offered (see lots 102-107) reveal a young man with a tender heart who was fiercely passionate and loved people deeply, who was not afraid to express his emotions and believed in clear communication. His ability to love so deeply and express this love so clearly helps to explain the indelible mark he left on the hearts of those who knew him. A printed program for the Ensemble Theatre Company, which lists both of their names is currently on display at the Tupac Wake Me When I'm Free exhibit in Los Angeles, California.

In the present letter, written just a couple of weeks after the pair first met, we can see just how quickly Tupac assumes the role of mentor and protector, helping the younger Cosima navigate some of the trickier affairs of the heart, guiding her on how to attract the affections of one classmate ""Remember what I told you! Don't let him have your ♥ until he earns it. Let him show you some affection. Step away 4 a while and c if he notices....". He also guides her to steer clear of one of the other boys who Tupac clearly did not see deserving of her affections: "As a friend I'm warning you don't ever under any circumstances let yourself be involved with him again. He said something 2 me today about being able to get you back whenever he wants 2 so don't let him play u...".

Condition Report: To request a condition report for the lot, please email pop@sothebys.com