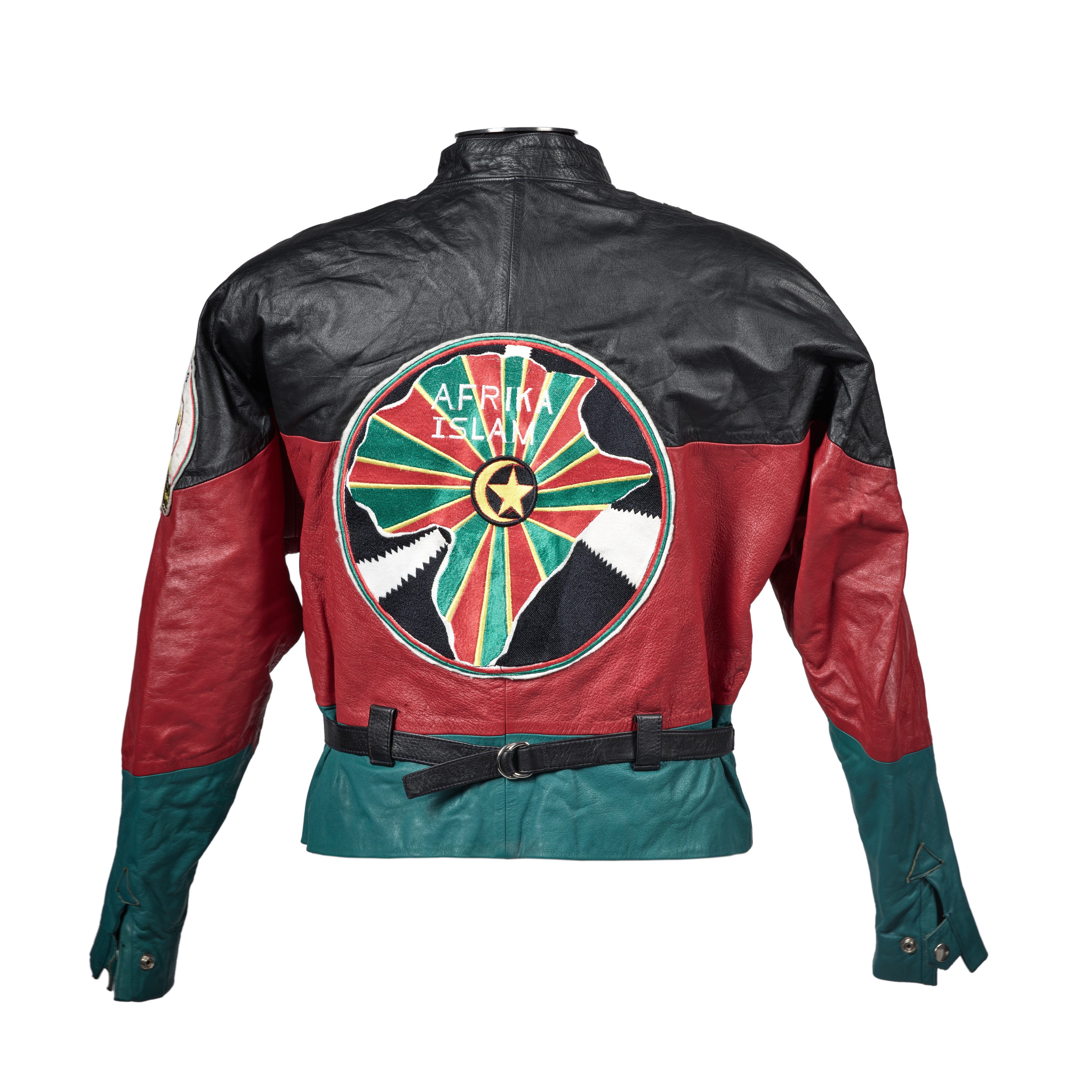 Red, green, and black leather jacket, no size listed, with embroidered 'Zulu Nation' patch at left breast, embroidered 'Zulu Nation Syndication' patch depicting a warrior holding a drum and spear on left sleeve, the back centering a circular patch reading 'Afrika Islam' on the African continent with star and crescent moon, the jacket with belted waist and zipper closure, in overall good condition throughout.

Afrika Islam is one of the pioneers of Hip Hop, beginning his career in 1977 when he was just ten years old. He started by learning to remix tracks under the tutelage of Afrika Bambaataa before going on to become a legendary DJ, hosting one of the first-ever Hip Hop radio shows, being a key member of the Rock Steady Crew, and forging a long-standing collaborative relationship with Ice T.

Zulu Nation is an international Hip Hop awareness group dedicated to “peace, love, unity, and having fun.” Starting in the late '70s in New York City, the Zulu Nation would convene youth events that combined all the various elements that now fall under the cultural umbrella of Hip Hop.

The imagery, iconography, and fashion of the Zulu Nation has evolved over time, but has always referenced to the group's ideals of bringing together all races, religions, and nationalities.

From the personal collection of Afrika Islam