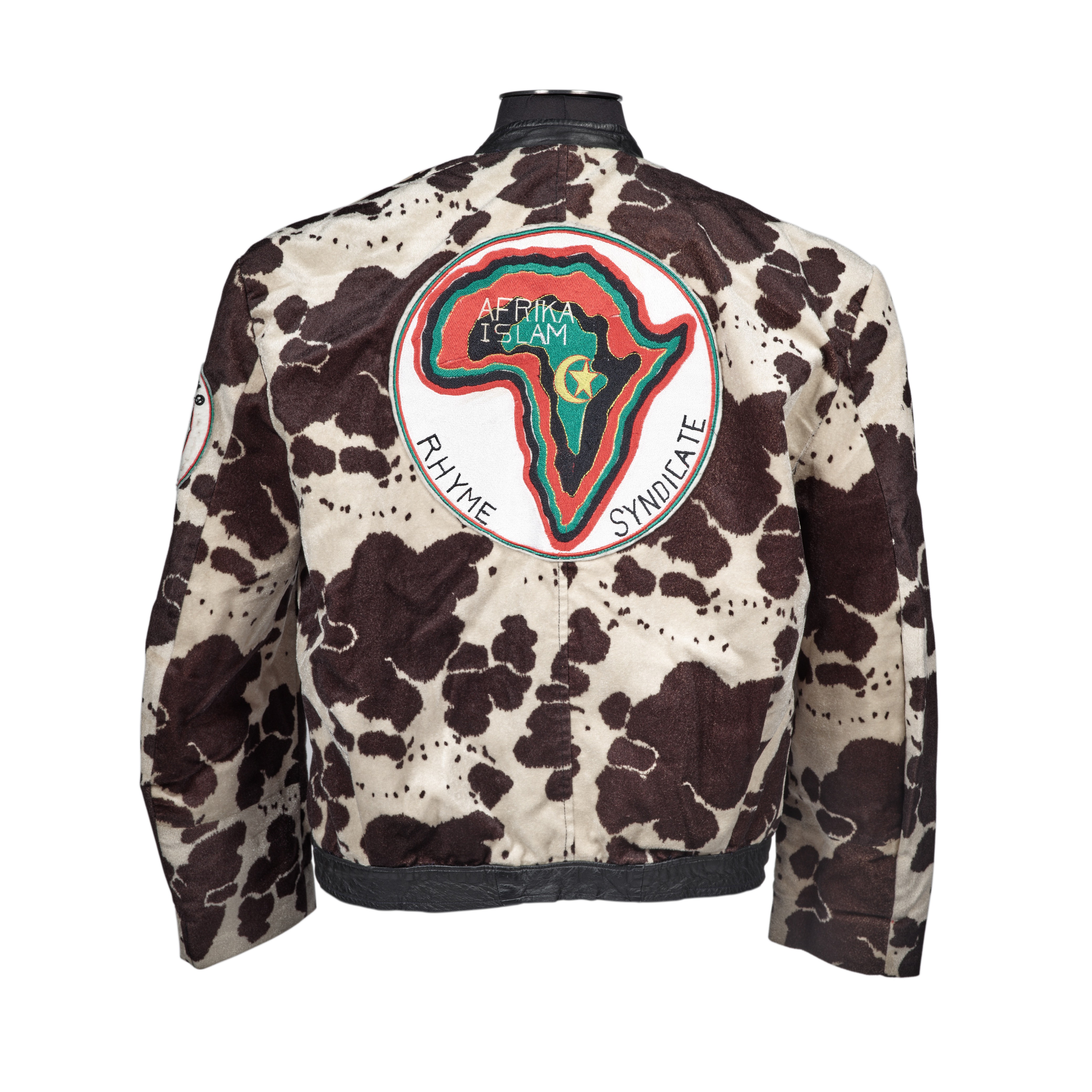 Afrika Islam's custom Rhyme Syndicate jacket, made for him by Gonzo Fashions in Los Angeles, ca. 1991.

Custom faux cow hair on hide jacket, no size listed, with embroidered 'Zulu Nation' patch at right breast, embroidered 'Zulu Nation Syndication' patch depicting a warrior holding a drum and spear on left sleeve, the back centering a circular patch reading 'Afrika Islam' on the African continent with star and crescent moon with 'Rhyme Syndicate' at bottom, the jacket with belted waist and six button closures, in overall excellent condition.

Afrika Islam is one of the pioneers of Hip Hop, beginning his career in 1977 when he was just ten years old. He started by learning to remix tracks under the tutelage of Afrika Bambaataa before going on to become a legendary DJ, hosting one of the first-ever Hip Hop radio shows, being a key member of the Rock Steady Crew, and forging a long-standing collaborative relationship with Ice T.

From the personal collection Afrika Islam