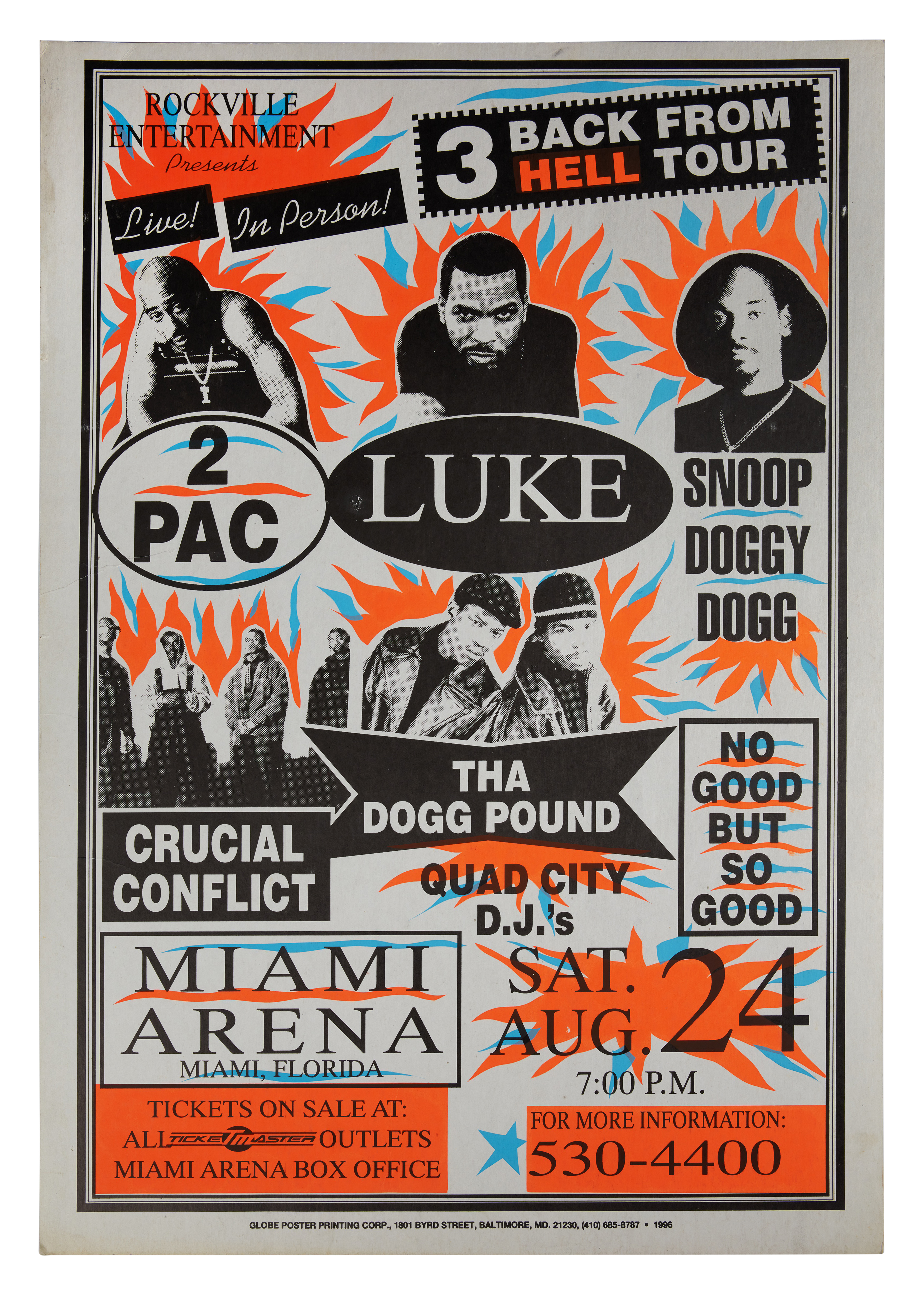 The 1996 3 Back From Hell Tour featured headliners representing the Miami Bass, West Coast Gangsta Rap, and upcoming Chicago scenes. The line-up boasted a then 24 year old Snoop Doggy Dog, Luke from 2 Live Crew, and Tupac Shakur. The supporting acts of Crucial Conflict and The Dogg Pound rounded out the bill. The tour traveled to venues across the United States, with the current lot hailing from the August 24th show at the Miami Arena.

This concert poster reflects a time of great output for each of the performers. Luke had recently released his album Uncle Luke, Snoop Dogg and Tupac had collaborated on the single "2 of Amerikaz Most Wanted" (produced by Tha Dogg Pound's own Daz Dillinger from Tupac's album All Eyes on Me), and Crucial Conflict had just released their debut full-length album, The Final Tic, after signing with Universal.

Tupac's life would be tragically cut short just three weeks after the Miami performance advertised here allegedly took place. Many sources cite a show a month and a half prior (July 4th at The House of Blues in West Hollywood) as the last time Tupac would perform in public. However, the date of the tour poster offered here seems to contradict those final performance claims. Our research was unable to verify whether or not Tupac actually performed at the 3 Back From Hell Tour date represented here, rendering this poster a beguiling memento from near the end of the musician's legendary life.