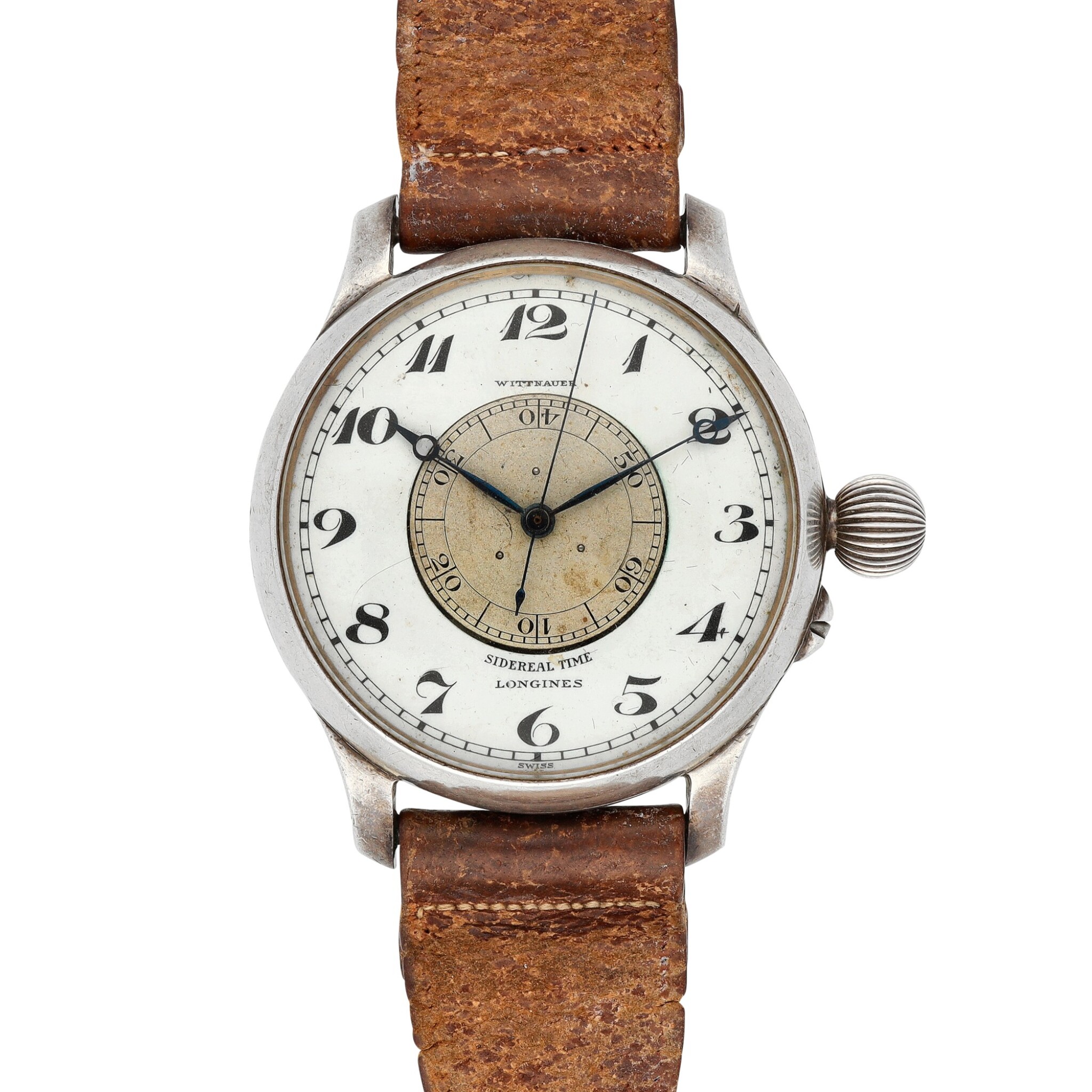 Accessories: : Longines correspondence and a letter of thanks to her fans and supporters commemorating Johnsons flight to Australia.

In the early 1930s, the American aviator, Charles Lindbergh, designed the Longines Hour Angle using the Weems system. The Weems Second Setting Watch, with a rotating center dial allowing the seconds hand to be synchronized with a reference clock, which improved upon the previous Hour Angle.

The present watch comes to us from the family of Amy Johnson, who was one of the most active aviation pioneers of her time. Some of her achievements include being the first woman to fly solo from England to Australia in 1930, in 1932 Johnson set a solo record from London to Cape Town and in 1933 she and her husband flew across the Atlantic and set another world record for the crossing. Amy Johnson’s legacy has had a lasting effect on the history of aviation.

In 1937, Johnson left again for the US to be tutored in celestial navigation by navigator P.V.H Weems. On the 3rd of May of the same year Johnson is photographed twice in the the Baltimore Sun Newspaper, wearing the large 47mm Longines in each image. In one, Johnson sits next to Weems himself learning navigation techniques in Annapolis Maryland and in another of Johnson on the same day wearing the watch on the outside of her sleeve, as would be necessary when flying.

11 days after these photographs were published, Weems wrote a letter to another famous female Aviator Amelia Earhart, also offering navigational instruction. “I have just had Miss Amy Johnson here for two weeks. She did beautiful work and seems to be more than pleased with the results.”

The watch is accompanied by correspondence from Longines, confirming the invoicing of the watch via Wittnauer, (the agent for Longines in the USA) on the 10th of February 1937. It also includes a description of the watch and details the matching serial.

The watch accompanied Johnson back to the UK and is offered through the family.

This gives a once in a century opportunity to own a timepiece in amazing original condition, with extensive and historic provenance, linking the watch to some of the most famous names in aviation history. The watch comes on the original strap and is in full working condition, along with a printed letter from Amy Johnson following the flight from Croydon to Australia.