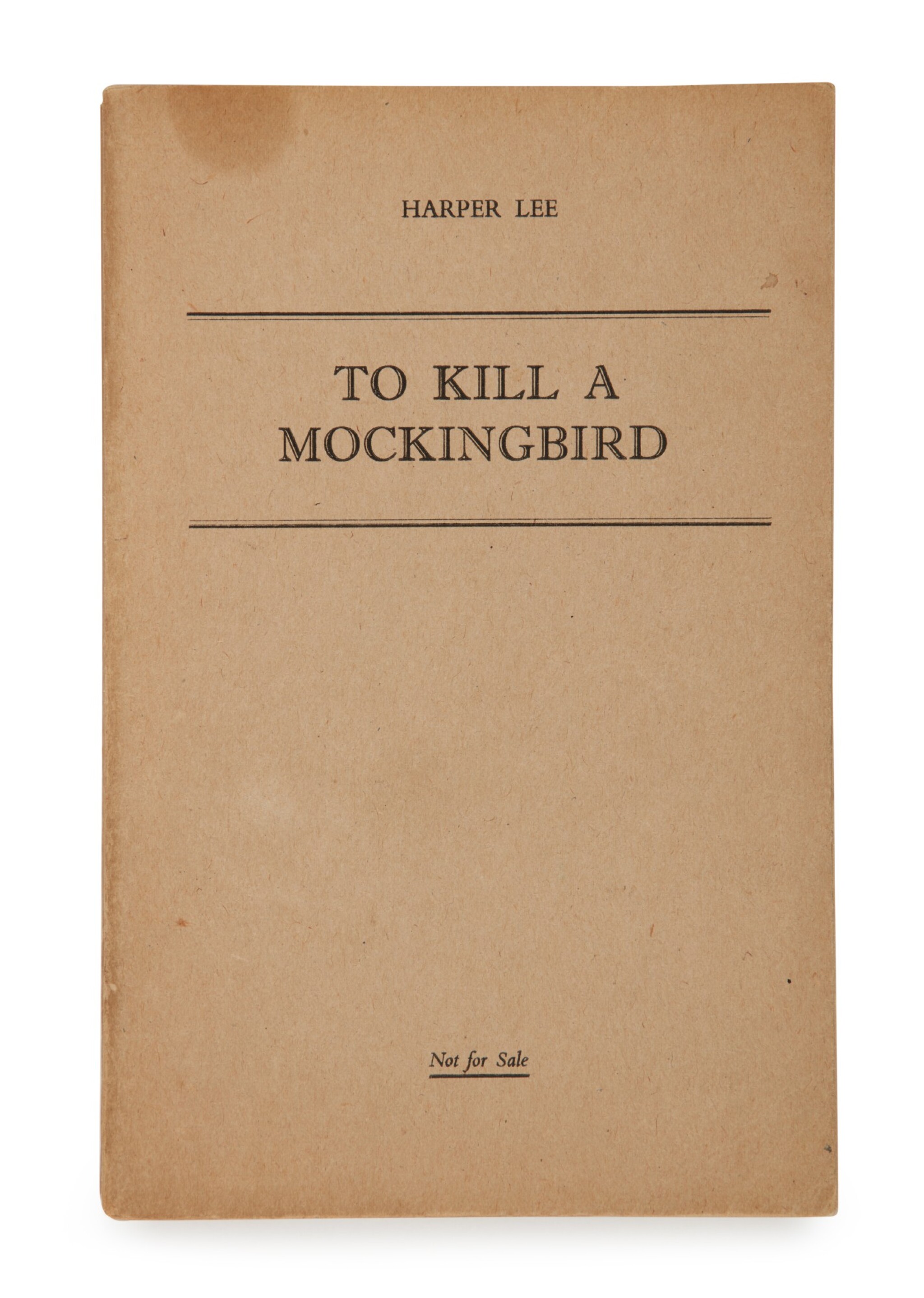 To Kill a Mockingbird. London: Heinemann, 1960

8vo (195 x 126 mm). Original drab printed wrappers, with "Not for Sale" printed at the foot of the cover; wrapper with a stain to the head of the cover and light creasing, some soiling and wear to edges. Housed in an ochre clamshell box.