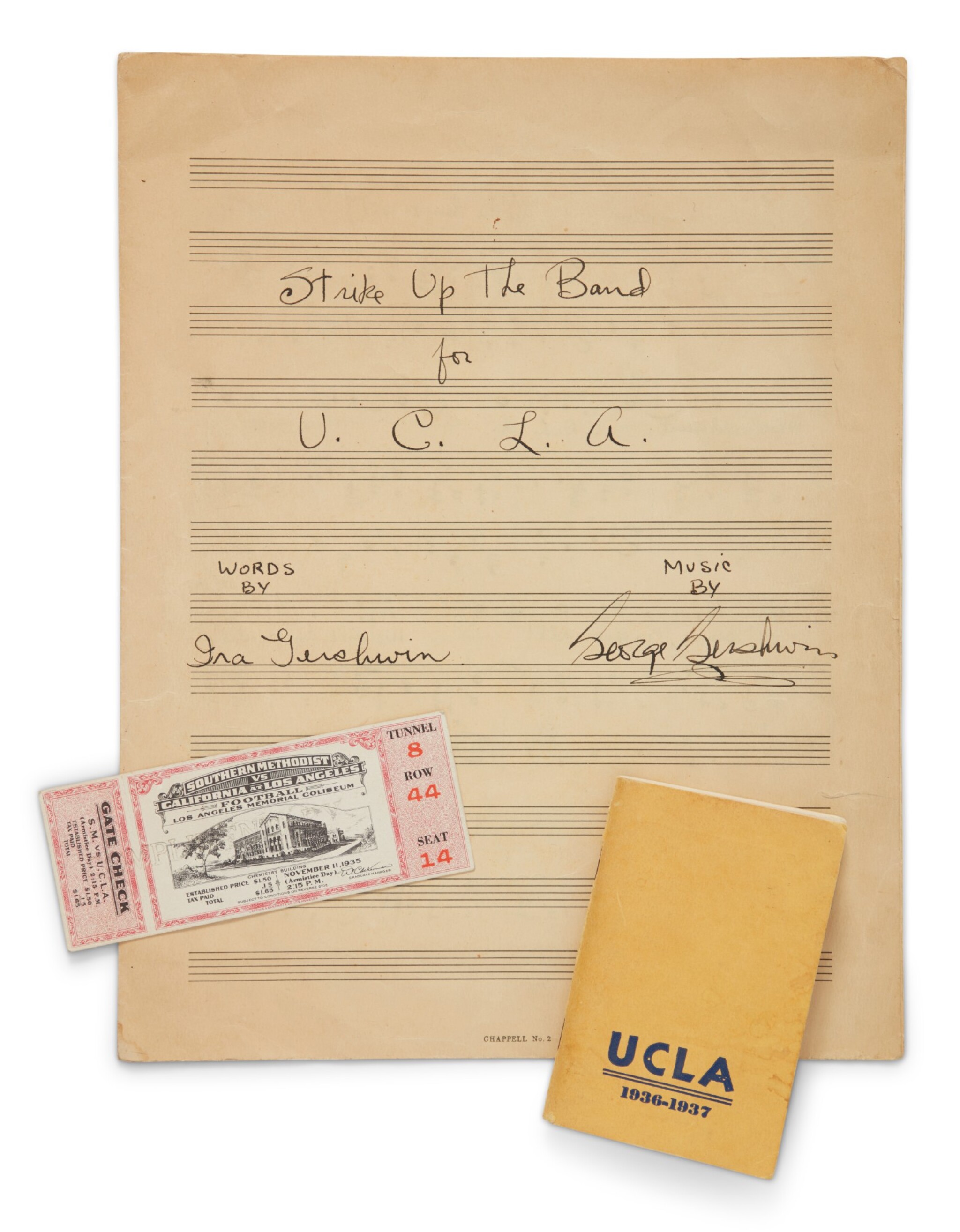 3 pages (338 x 262 mm) on a bifolium of 12-stave paper by Chappell (No. 2), comprising autograph title-page and 2-page music manuscript by George with lyrics written in by Ira, in ink [Los Angeles, 1936]; lightly browned, a few stains. Accompanied by a copy of the UCLA Student Handbook for 1936–37, featuring an address by Robert Schroeder, President of the Associated Students, and by a complimentary ticket to a football game between UCLA and Southern Methodist, 11 November 1935.

The desire of the UCLA student body to have a new fight song happily coincided with George and Ira Gershwin moving to Los Angeles in 1936 to work on the Fred Astaire-Ginger Rogers musical comedy Shall We Dance. Maxson Judell, a longstanding member of the Hollywood musical community, approached the Gershwins about supplying a song, and they very quickly acceded. Actually, the music had written some years before for a musical stageplay, Strike Up the Band. Ira updated the lyrics to make them more appropriate for college sporting events and a fight song was born: "Let the drums roll out | let the trumpets call | let the whole world shout | U.C.L.A.! | With our battle cry | Bruin[s] conquer all! | We will do or die! | U.C.L.A." Almost ninety years later, the song is still performed at UCLA football games and other sporting events, although it has been subsequently joined by other fight songs, notably "Sons of Westwood" and "Mighty Bruins."

The Gershwins presented the song to the school in September 1936; in return, the Associated Students made George and Ira Honorary Bruins and presented them with UCLA sweaters and lifetime passes to sporting events, which Ira frequently attended.

This copy of "Strike Up the Band for U.C.L.A." was given by Ira Gershwin to Robert Schroeder, the President of the Associated Students for the academic year 1936–37.