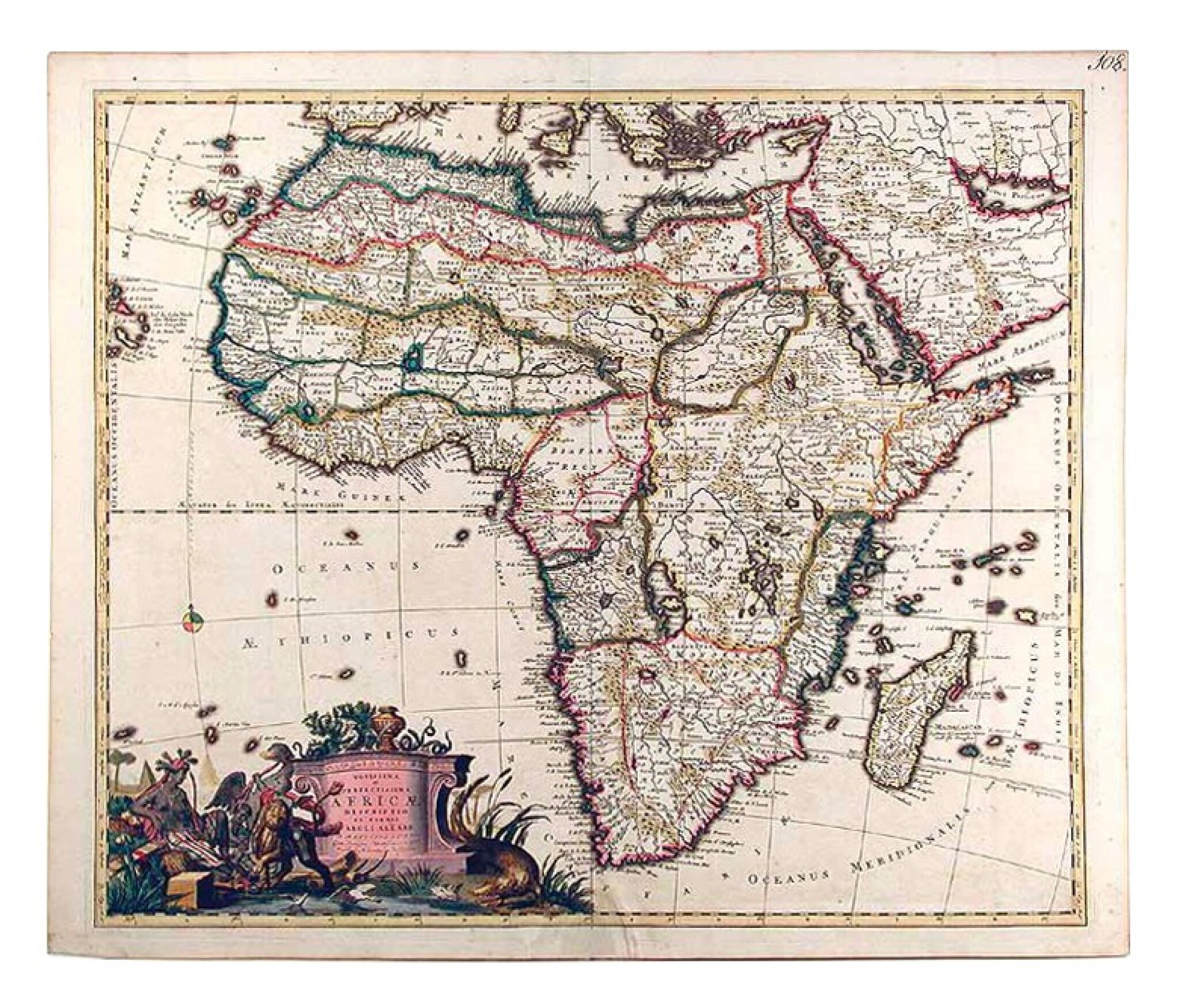 The world and continents, together five maps. Amsterdam: [circa 1705]

A striking set of maps, including the world and continents by an eminent Dutch cartographer.

Planisphærium Terrestre, sive Terrarum Orbis, represents a dramatic departure from the classical Dutch tradition and prefigures and influences the great age of Enlightenment cartography that flourished in Germany and the Netherlands. In the place of the conventional allegorical personifications, Allard surrounds his double hemispheres with twelve additional spheres, each depicting an aspect of the Earth purely as an object of scientific inquiry.  Recentissima Novi Orbis Sive Americae Septentrionalis et Meridionalis Tabula is Allard's very handsome map of North and South America. Benefiting from late 17th century French maps of the two continents, it shows all five Great Lakes and a well-delineated Mississippi River. An inset in the lower-left corner depicts what was then known of New Zealand. The cartouche is especially attractive, inhabited by exotic animals and scenes relating to mankind's eternal search for gold.  Accuratissima Europae Tabula, Multis locis correcta, et Nuperimè edita is Allard's highly detailed map of Europe.  Novissima et Perfectissima Africae Tabula features a black cherub riding a lion, while a regal woman, personifying Africa, beholds the scene. And Exactissima Asiae Delineatio is partially based on the large-scale maps of northeastern Europe prepared by D. Nicolai Witsen, the Burgomaster of Amsterdam. It is thought that he was privy to maps of Siberia, which were the result of surveys commissioned by Peter the Great.