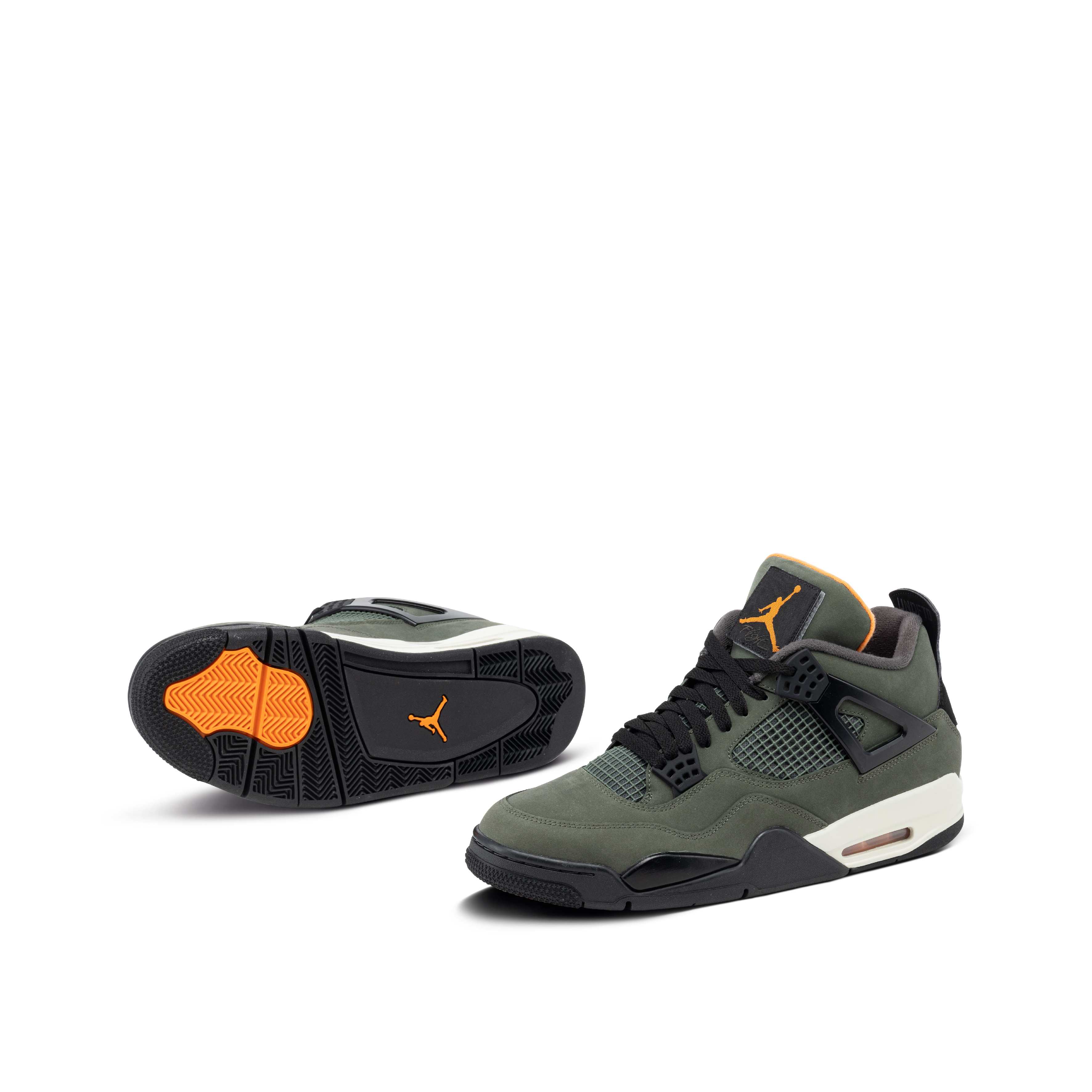 The shoes are in pristine condition and come with their original box.

In 2005, Undefeated became the first sneaker boutique to collaborate with Nike’s Jordan Brand and apply its touch to the iconic Air Jordan 4 silhouette. In 2018, new retro samples of the ultra rare 2005 pair began to emerge, sending the sneaker world into a frenzy.

Inspired by the MA-1 Flight jacket - the upper of the Air Jordan 4 is composed of an olive nubuck upper, a white midsole, and black outsole. Like the MA-1 Flight jacket, the lining of the sneaker is completed in a vibrant orange. The air unit also has an orange tint to add, and also comes with laces in the same color. The Jumpman tag on the tongue is attached with velcro, and when removed reads “RARE AIR”, whilst the rear of the tongue tag is labeled with UNDEFEATED branding. The wings and lace locks are finished in black to complete the military look. Updated from the 2005 model are new insoles, and UNDEFEATED branding on the footbed.

Created by famed Nike designer Tinker Hatfield, the Air Jordan 4 was originally released in 1989 and debuted by Michael Jordan at the 1989 NBA All-Star Game. It was released in four colorways: white and cement gray; white, black, and red; off-white and military blue; and black and red (bred). The design was Hatfield’s second Air Jordan model and also just the second model to feature visible air. Due to its immense popularity, the Air Jordan 4 has seen many innovative collaborations and re-releases throughout its history.