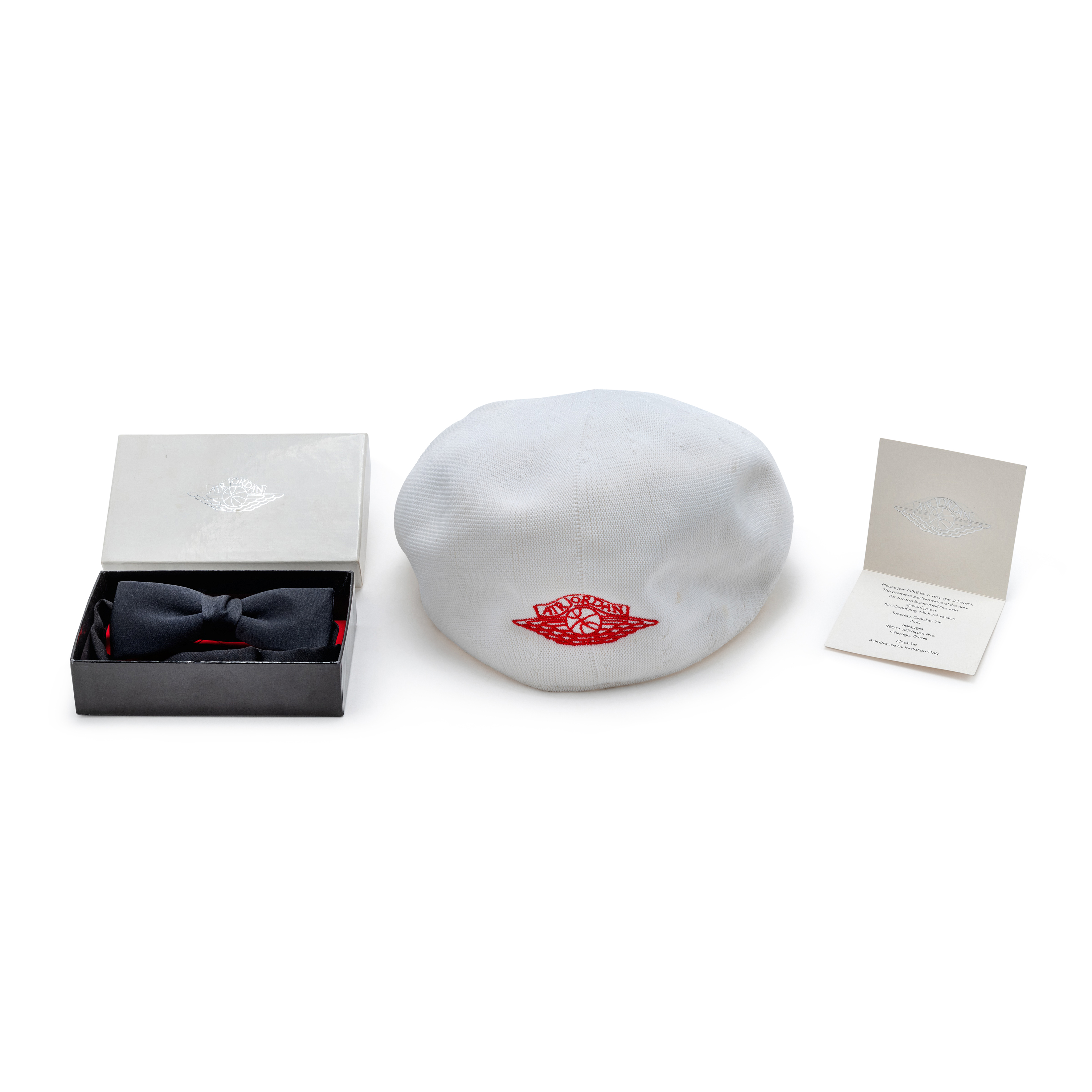 All items are in great condition. For a more detailed condition report, please reach out to eric.libassi@sothebys.com.

Offered in this lot, is an invitation to the launch of the Air Jordan line, an Air Jordan Branded cap, and a black bow tie from the mid 1980s. The event, which Michael attended, was held on October 7th, in Chicago Illinois.