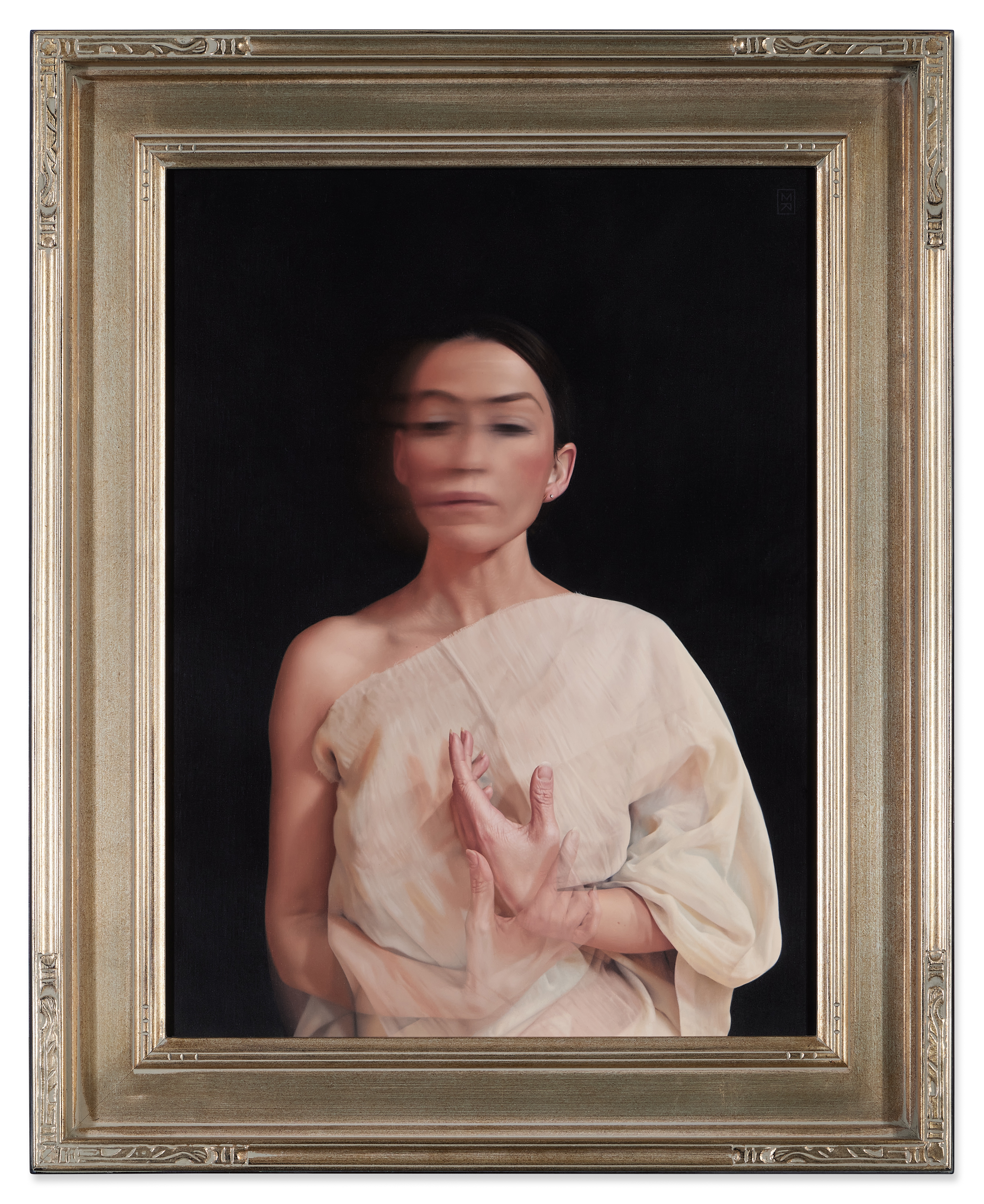 oil on linen mounted to aluminum in artist's chosen frame

This work is in excellent condition overall. There are tonal and textural variations to the surface, including a faint linen weave, inherent to the artist's working method and chosen media. Under ultraviolet light inspection, there is no evidence of restoration. Framed without glazing.

From the artist, with Arcadia Contemporary, with Art Renewal Center 2022

"As I was working on this painting I had two different concepts that I felt it embodied and I would vacillate between the two depending on the day, hence the two names. The first was simply about slowly disappearing from the world without a trace. About a feeling of a tenuous tie to this place, this life, and questioning whether it has ever truly been a reality. But as I worked there were moments when I felt that it was actually about being reconstituted, or resurrected, about forming a new self from nothing. So it's also a portrait of that process and of this new being, that may never be completely whole. In the end I felt both were right and the combination simply represents this fluctuation, or tide, that is part of being. We break apart, and rebuild, and somehow keep going."