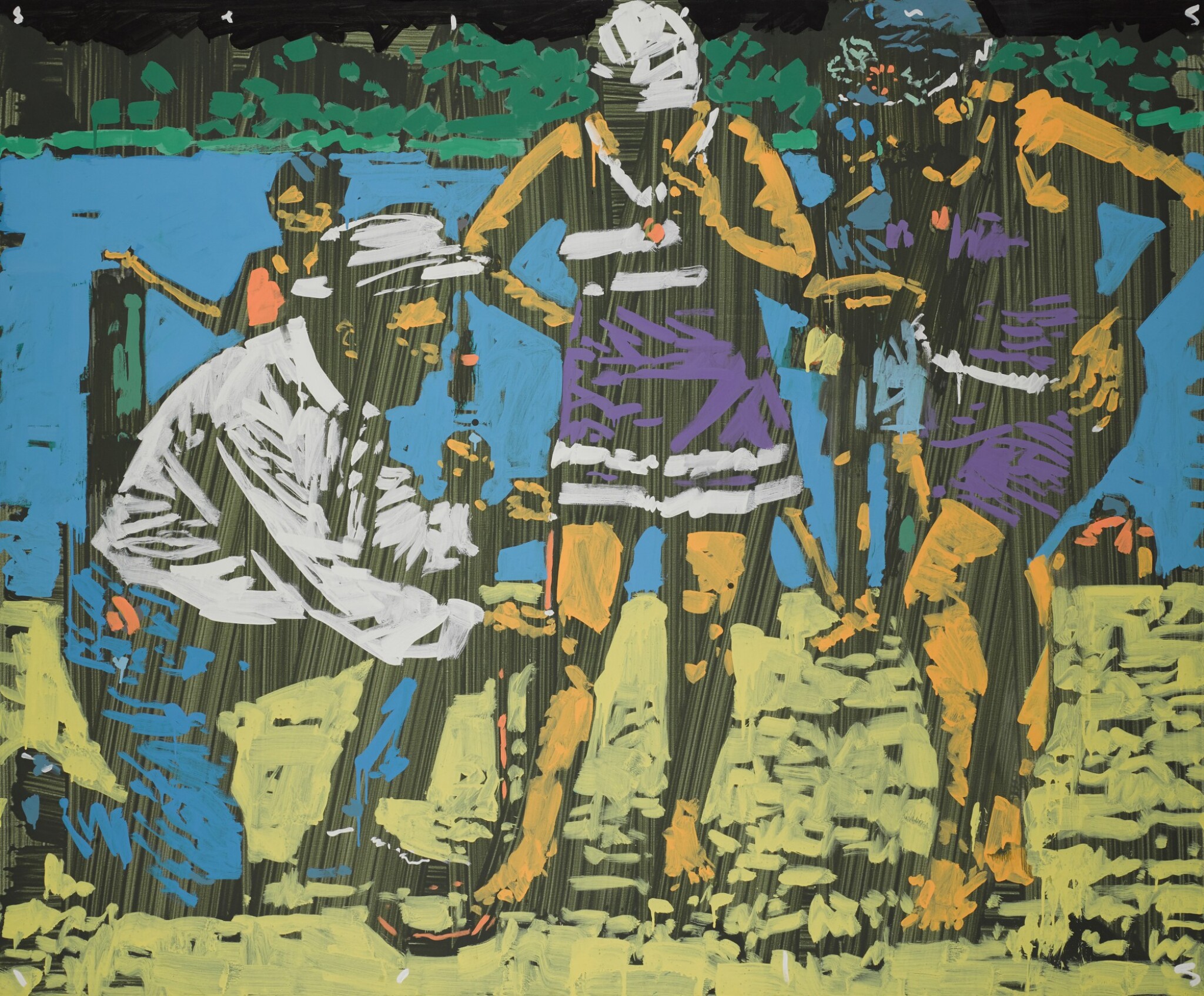 signed, titled, dated 2019 and inscribed on the reverse

This work is in very good condition. There are minor scuff marks in places. There is a minor water stain in the upper right corner which appears inherent to the artist's working method. Inspection under UV light reveals no obvious signs of retouching. Framed.

Born in 1956 in the Lisovichi village in the Kyiv region, Mykola Bilous attended the Kharkiv Art School, followed by the M. Samokish College of Fine Art in Simferopol, Crimea and the Kharkiv Art-Industrial Institute. Bilous’s large-scale, luminous canvases are inspired by his interest in cinema, evoking movie stills in which scenes are played out against a striking, pitch-black background. In his works, predominantly primary colours such as red, blue and yellow are employed, which despite their apparent ascetism, as Krystyna Zamostyanova writes, manage to 'convey life, vibrating suffering, passion, despair, exhalation, impulse...’ Bilous’s paintings are a nod to Western Pop Art tradition and its ironic interpretations found in Soviet Sots Art of the 1980s, yet as Raminta Jurėnaitė notes, ‘both the optimism of American pop artists and the sarcasm of his fellow-countrymen are foreign to Bilous. Compared to the one and the other, he is rather a melancholic.’