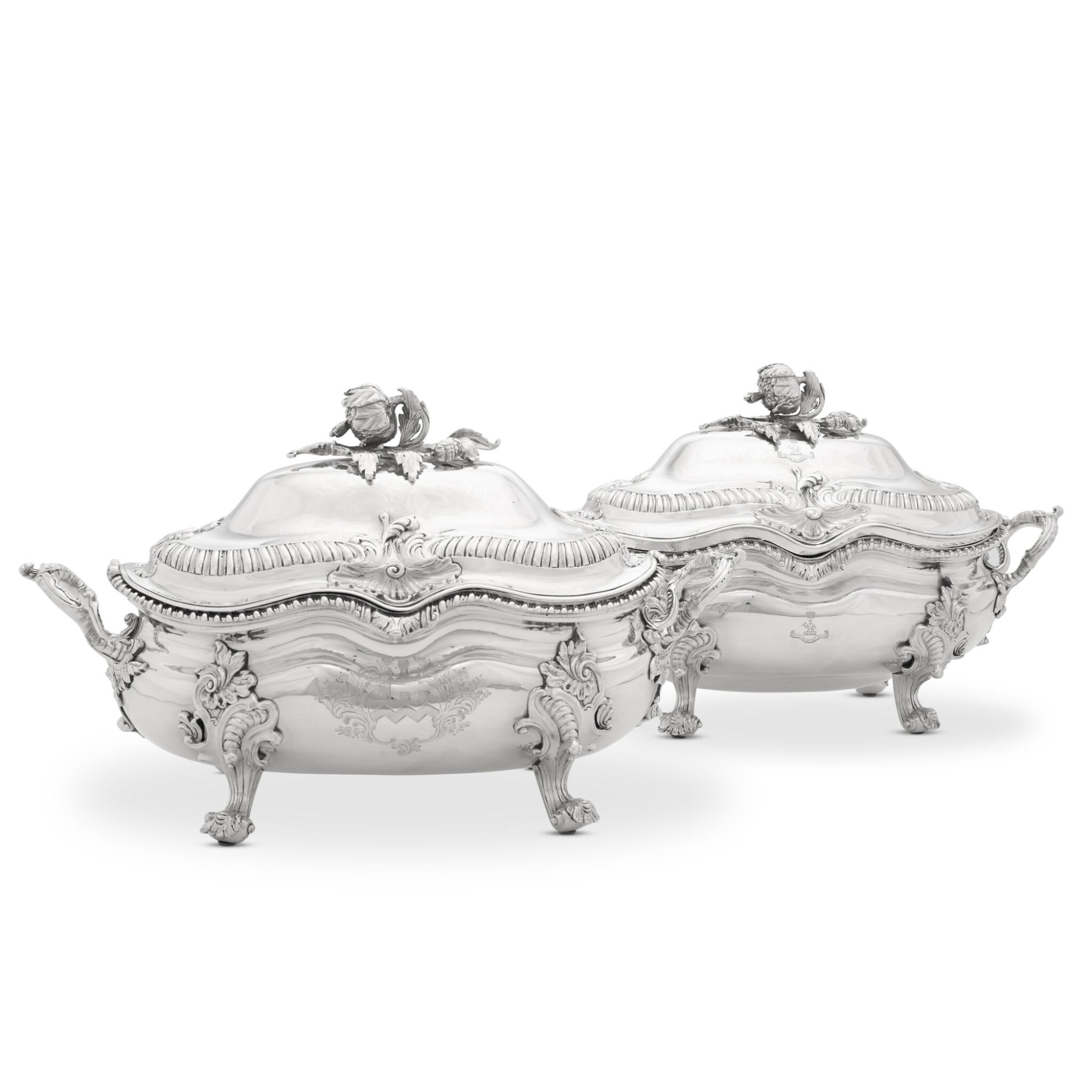 Rococo revival style, of oval form, with gadroon and leaf borders, assymetrical handles and feet, the finials formed as artichokes, one with removable liner and engraved with coat-of-arms, the other crested,

Clear hallmarks. The liner with some repaired splits. Some solder repairs to the handles of the crested tureen. A small ding in the lid of the liner with coat-of-arms.