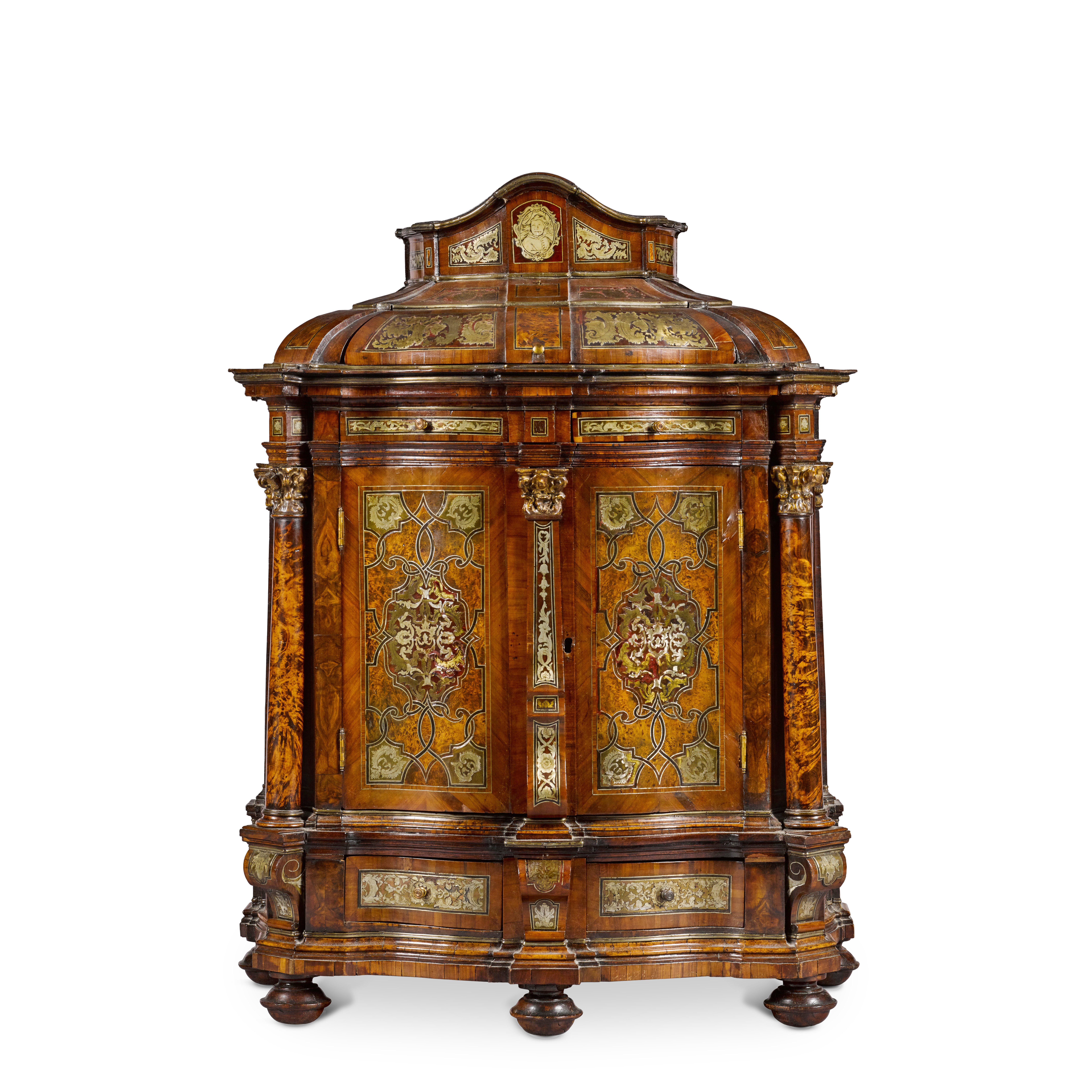 the shaped crest inlaid with a portrait in a medallion on a mother-of-pearl ground above two short drawers, with a slide underneath revealing three further secret small drawers, with two further frieze short drawers above the main body flanked to either side by veneered columns headed by Corinthian style gilded capitals, with two doors separated by a shaped pilaster opening to reveal an arrangement of small drawers and a central niche enclosing further dummy drawers hiding a storage compartment and with a slide revealing secret drawers, the sides each with a door opening to reveal five short drawers, raised by a stepped plinth with two frieze drawers and ball feet, finely inlaid in marquetry with fruitwoods and brass depicting stylized foliage, about 54 drawers in total

In overall good conserved condition. Generally with old marks, replacements, scuffs and scratches consistent with age and use. The veneers with minor age cracks to the top of the superstructure and otherwise with minor craquelure, scuffs and losses consistent with age and use. The craquelure is visible especially along the edges of construction. The left handside column with signs of a break which would benefit from further attention. The simulated tortoiseshell veneers and brass inlays with extensive damages, retouchings and replacements as should be visible in the catalogue images. For the brass inlays, see for example the front left door and the scrolled moulding in the centre above the ball foot. Some veneer replacements to fruitwoods as can be seen along the edges of the top right drawer for example. Small loss to veneer to lower edge of left door, to edges of the door on the left side, to back right corner, to edge above the right handside column, and small loss to brass on scroll above the right handside foot. Losses to the gilding of the capitals. The handle to the second drawer from the top probably a replacement.

Lady Howard de Walden (according to a label on the back)