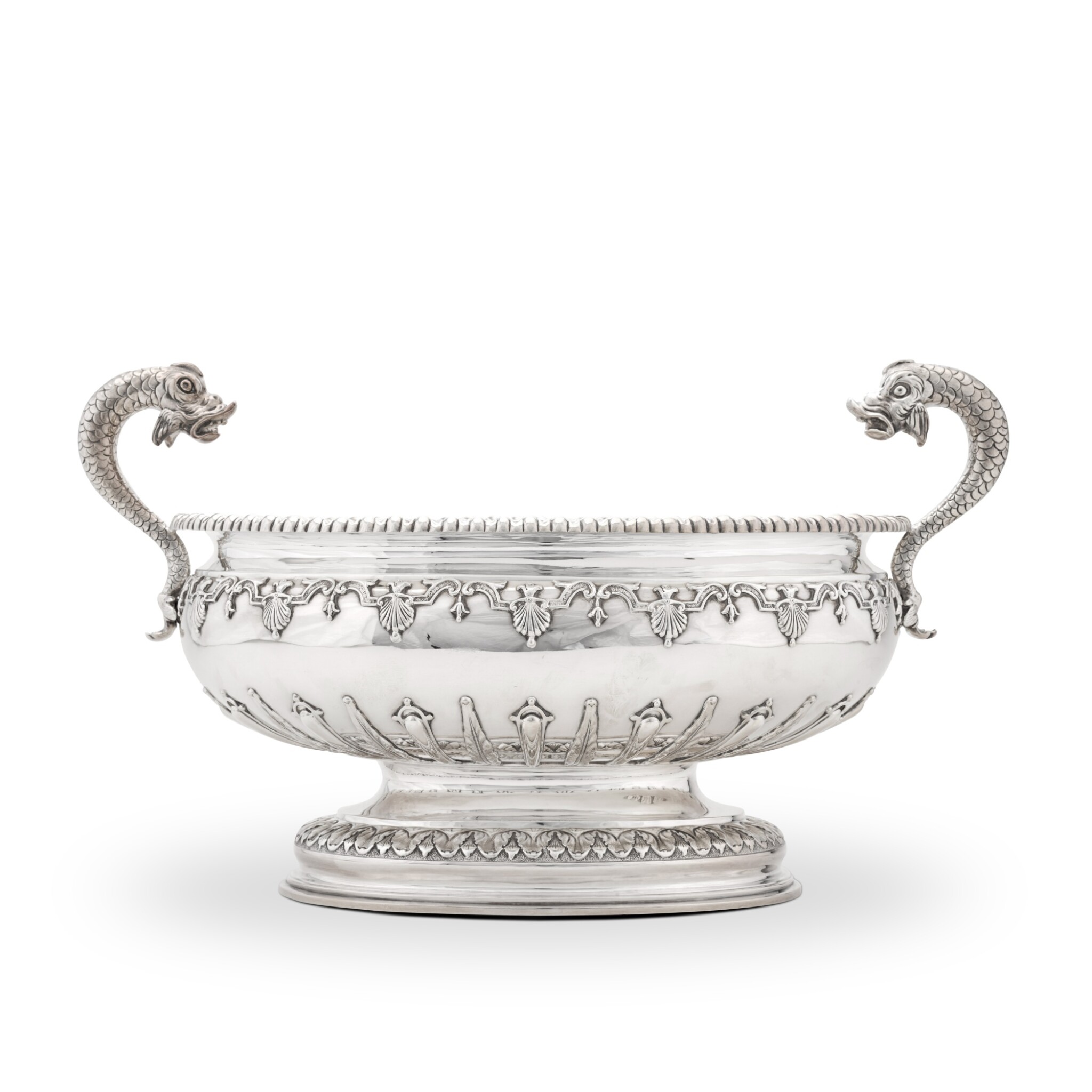 Of bombé oval form with everted bold gadroon rim and dolphin handles whose scaley bodies surmount the rims in a S-curve, the shoulder applied with a band of foliate strapwork decorated with husks and shells, the lower part of the body applied with stiff leaves alternating with lobes in shaped surrounds, pedestal foot chased with a border of overlapping leaves on matted ground, engraved with a coat-of-arms,

The arms are those of Clements impaling Gore for the Right Hon. Nathaniel Clements (1705-77), M.P. for Duleek and later for Cavan and Leitrim, one of the tellers of the Exchequer and deputy vice treasurer of Ireland, and Hannah, daughter of the Very Rev. William Gore, dean of Down, whom he married January 31 1729. His first son Robert became Earl of Leitrim in 1795.