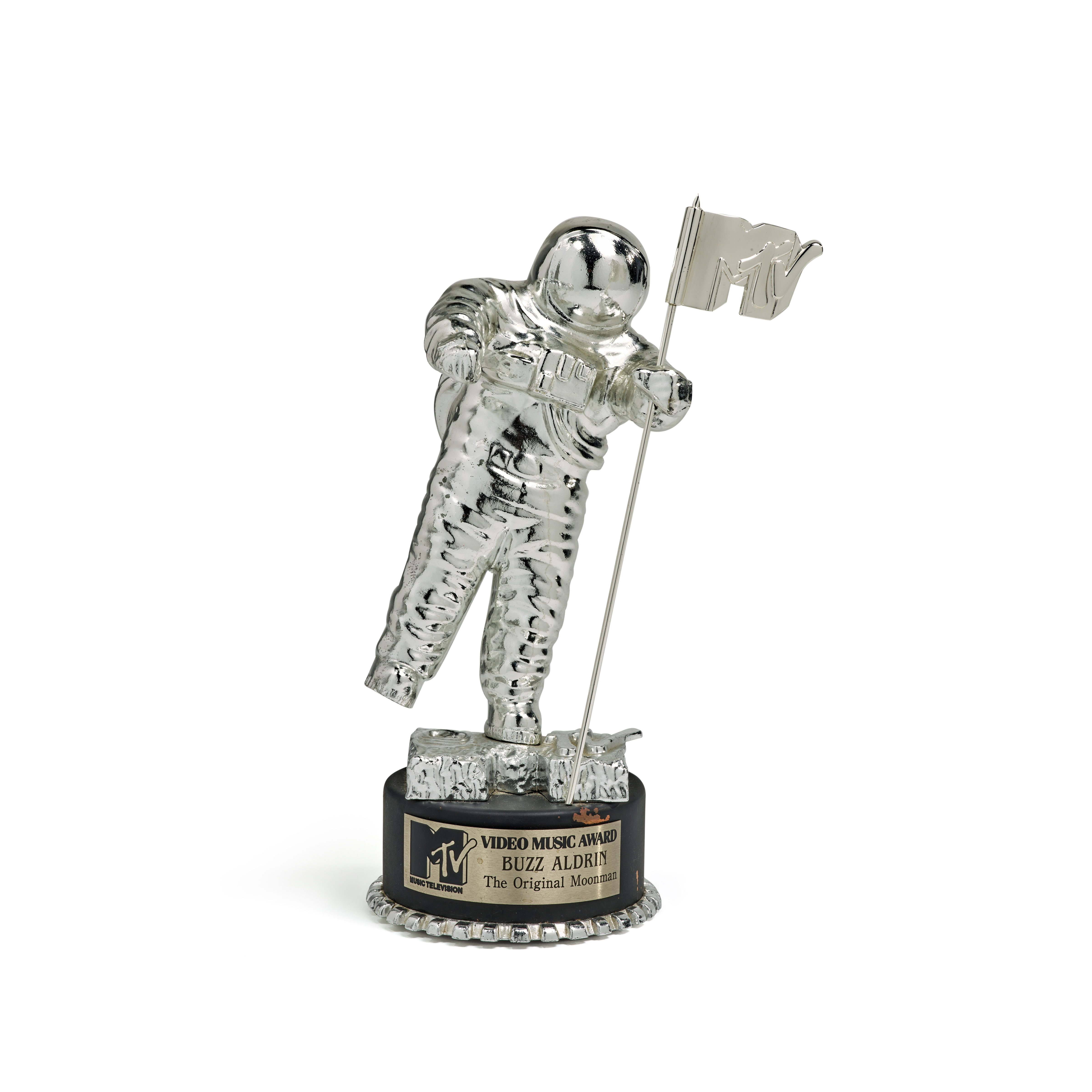 Presented to Aldrin to commemorate the first ever MTV Video Music Awards in 1984, this “Original Moonman" statuette represents the deep and wide-ranging cultural influence of the Apollo 11 Moonwalk. With Aldrin’s permission, MTV chose the image of Aldrin planting the United States flag on the Moon as the symbol for their new award program. Designed by Manhattan Designs, the concept for the statuette was inspired by MTV's first broadcast in August of 1981, which featured footage of the Apollo 11 Moonwalk and the famous images of Buzz on the lunar surface, with animated MTV logos in place of the US flag. An indisputable cultural icon, Aldrin’s silhouette from his moonwalk remains the symbol of the VMAs nearly 40 years later, and is a testament to his indelible place in popular culture.