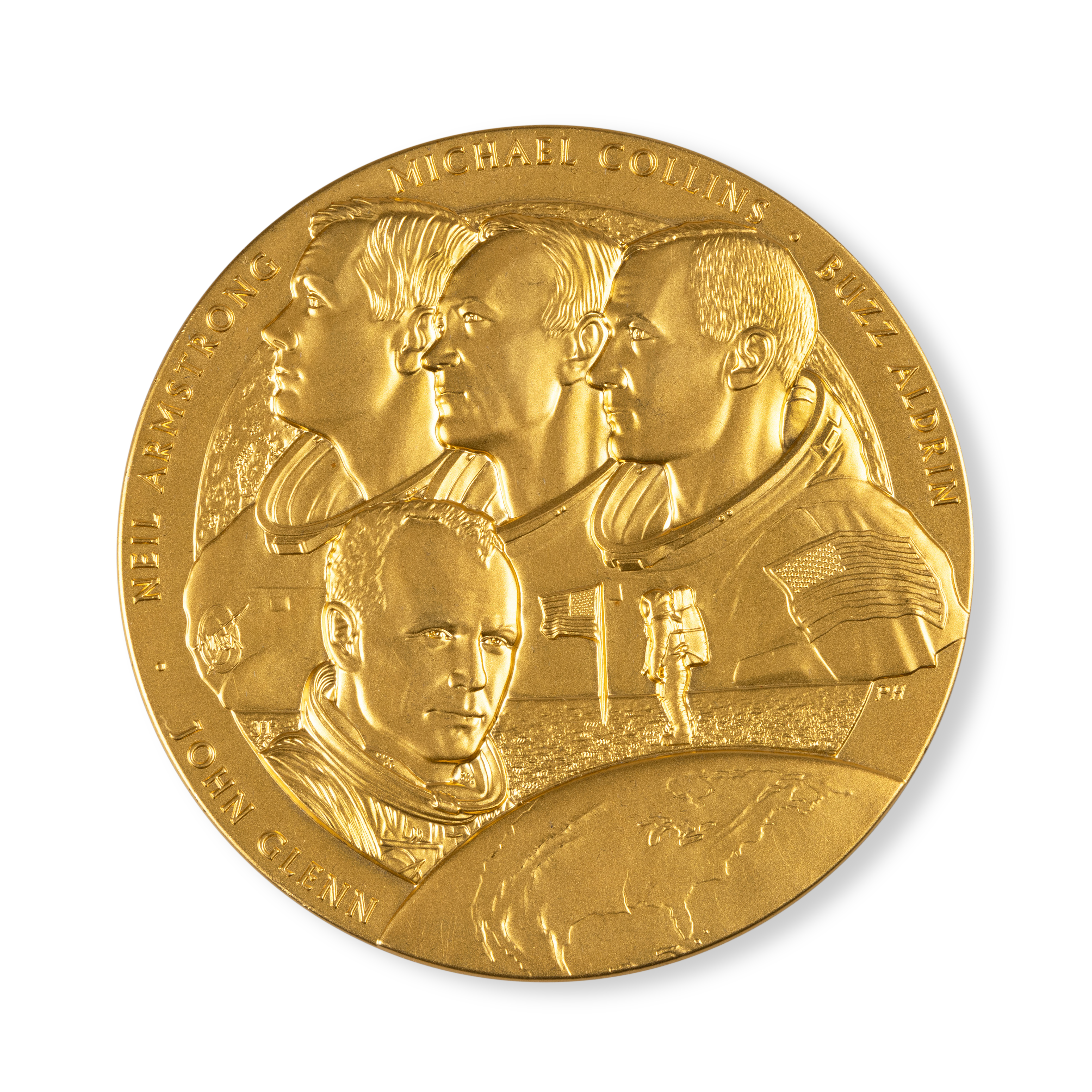 New Frontier Congressional Gold Medal. 3 inches in diameter, 22 karat gold, obverse with busts of John Glenn, Neil Armstrong, Michael Collins, and Buzz Aldrin, with their names encircling outside, along with depiction of North America and depiction of famous scene of Buzz Aldrin with United States flag. Reverse reading, “We Came in Peace/For All Mankind” along outside, with crescent moon depicted next to globe (North America), with depictions of Lunar Module Eagle and the Mercury-Atlas. 16.43 ounces.

The New Frontier Congressional Gold Medal Act, Bill number H.R. 2245, approved on August 7, 2009, “authorize[d] the President, in conjunction with the 40th anniversary of the historic and first lunar landing by humans in 1969, to award gold medals on behalf of the United States Congress to Neil A. Armstrong, the first human to walk on the moon; Edwin E. “Buzz” Aldrin, Jr., the pilot of the lunar module and second person to walk on the moon; Michael Collins, the pilot of their Apollo 11 mission’s command module; and, the first American to orbit the Earth, John Herschel Glenn, Jr.”

The medals were awarded during a ceremony held in the Capitol Rotunda in Washington, D.C., on Wednesday, November 16th. Armstrong, Aldrin, Collins, and Glenn accepted the medals from Speaker of the House John Boehner, Senate Majority Leader Harry Reid, House Democratic Leader Nancy Pelosi, and Senate Republican Leader Mitch McConnell. They are the first NASA astronauts to be awarded the Congressional Gold Medal, bestowed as Congress's “highest expression of national appreciation for distinguished achievements and contributions,” which along with the Presidential Medal of Freedom (which the three Apollo 11 astronauts had already received) is the highest civilian award in the United States.