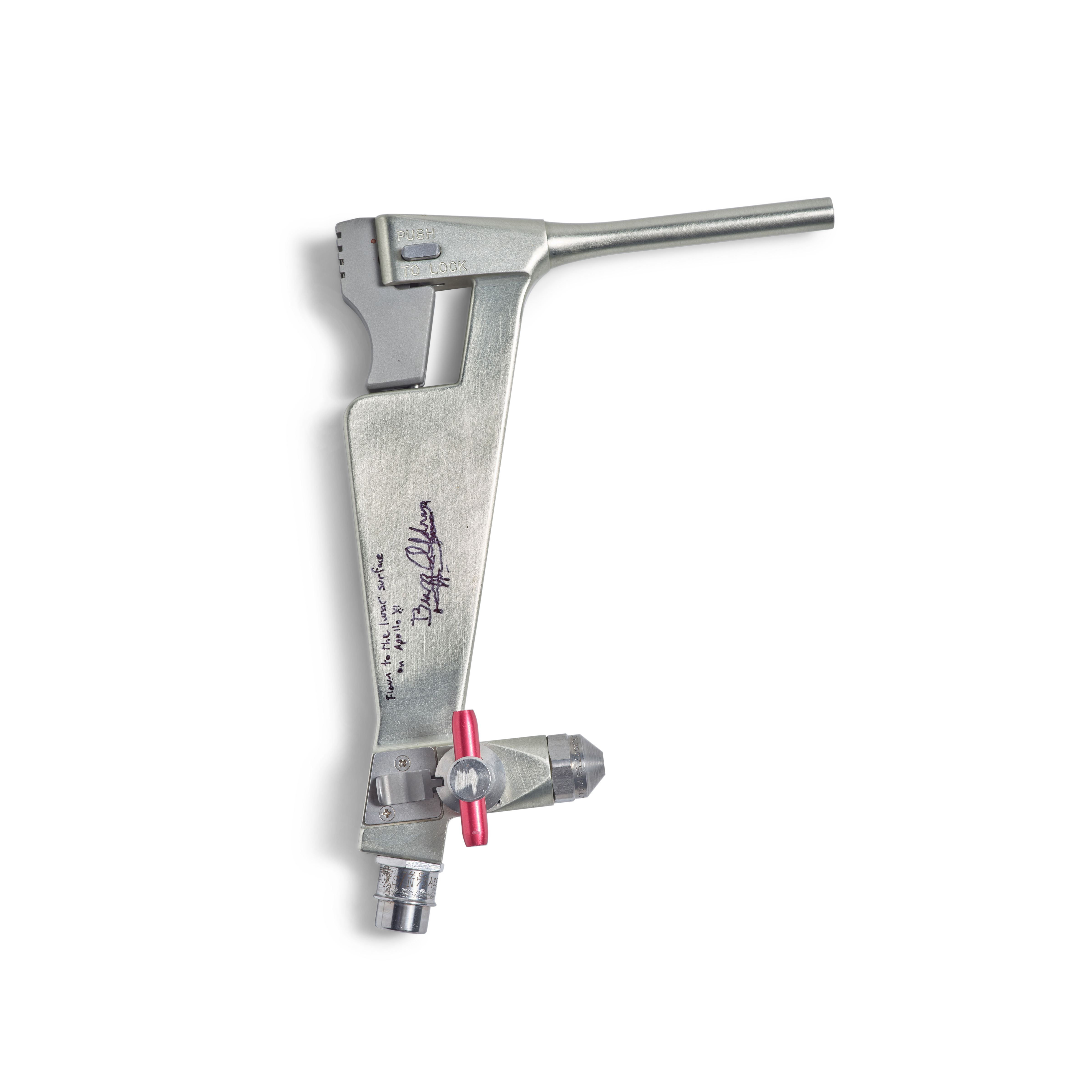 Inscribed, "Flown to the lunar surface on Apollo XI," and SIGNED BY "BUZZ ALDRIN"

Designed to dispense measured amounts of hot or cold water for the purpose of rehydrating the astronauts meals, for drinking, or for distinguishing fires, this was an crucial piece of hardware that was used by both Aldrin and Armstrong throughout their stay on the Lunar surface.

BUZZ ALDRIN'S provenance letter reads: "On July 16th, 1969, Neil Armstrong, Mike Collins, and I lifted off from Pad 39A at the John F. Kennedy Space Center on our journey to perform humankind's first landing on the Moon at the Sea of Tranquility.

Whirlpool Corporation designed and built this water gun which could deliver with each squeeze of the handle one ounce of cold water from a large water tank in the descent stage of Eagle.

This water gun was used by me and Neil during our time in Eagle while on the lunar surface. The water gun had several uses inside the Lunar Module (LM). It was our drinking device. We could squirt water directly into our mouths. It provided water for our food preparation by allowing us to squeeze water into the freeze-dried food pouches we would eat from during our flight. We even used the water gun to fill the water pouches in our suits too. In the event of a fire, the gun was also designed with a valve that allowed it to be used as a fire extinguisher. It was a very useful and valuable tool on the Moon.

This water gun is one of the few objects used on a lunar mission and is also a rare example of an astronaut flight-certified object used during the first landing on the Moon."