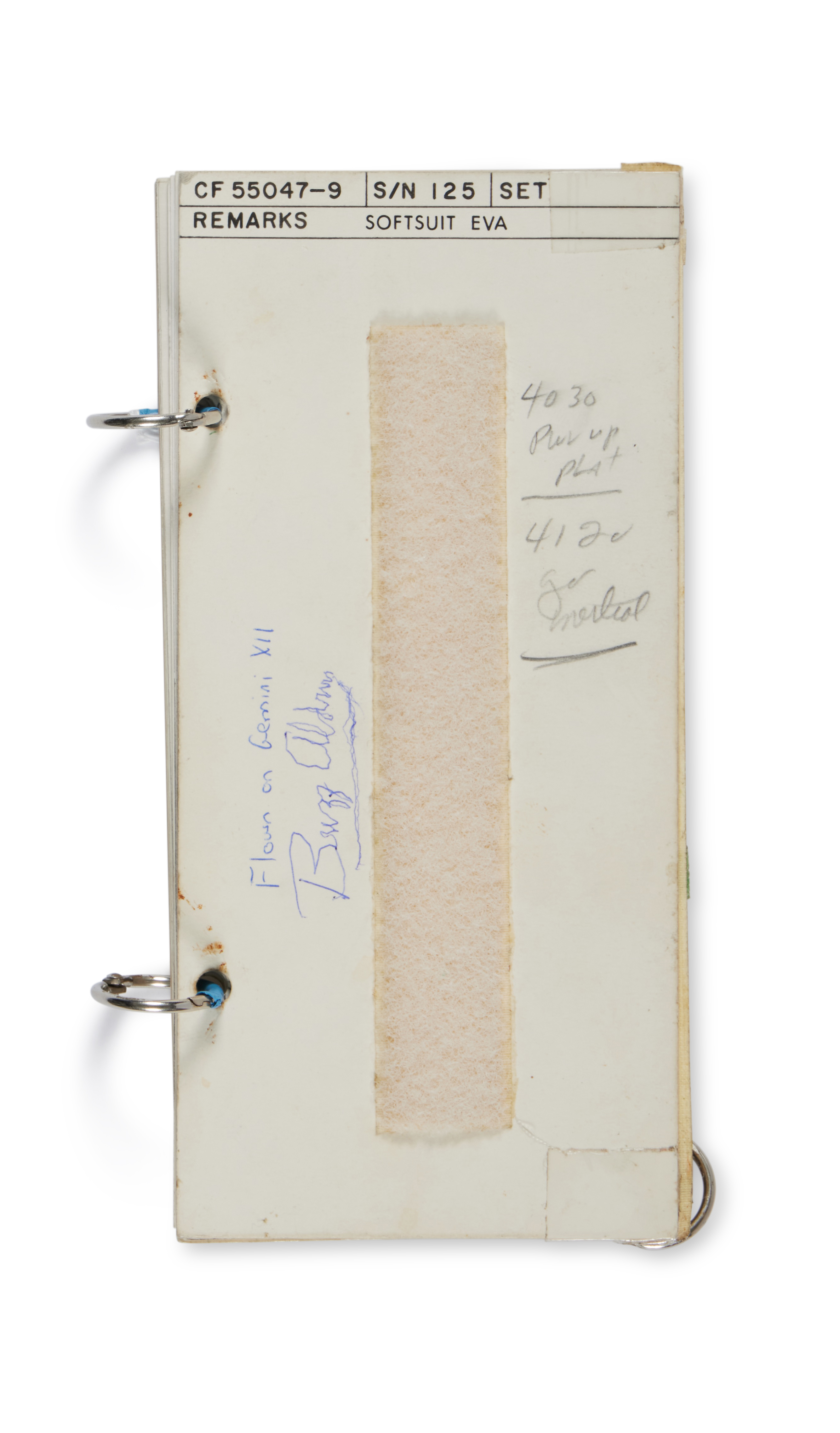 The Velcro found throughout the checklist was used to prevent the loss of the checklist either inside or outside the cabin. The Velcro strips on the inside front cover and on each page tab were used to hold each page in place to prevent them from floating out of sequence in a microgravity environment. Later, after the Apollo 1 fire, Velcro use was reduced due to its flammability in a pure oxygen environment inside the spacecraft.

BUZZ ALDRIN's provenance letter reads, in full: "On November 11, 1966, Jim Lovell and I launched into Earth orbit on a three-and-a-half-day mission which was to be the last mission of the Gemini Program. One of our objectives was to prove that humans could work outside a spacecraft during Extravehicular Activity (EVA), or "spacewalk," while in orbit.

This Gemini XII Softsuit EVA Checklist was used to prepare the cabin for depressurization, as well as for pressurization of the two crewmen's spacesuits. I used this checklist to prepare for each of my spacewalks. I spent a total of five-and-a-half hours outside the spacecraft as I successfully completed the last three spacewalks of the Gemini Program.

This Gemini XII Softsuit EVA Checklist is one of the few objects used in Earth orbit and is also a rare example of an astronaut flight-certified object."