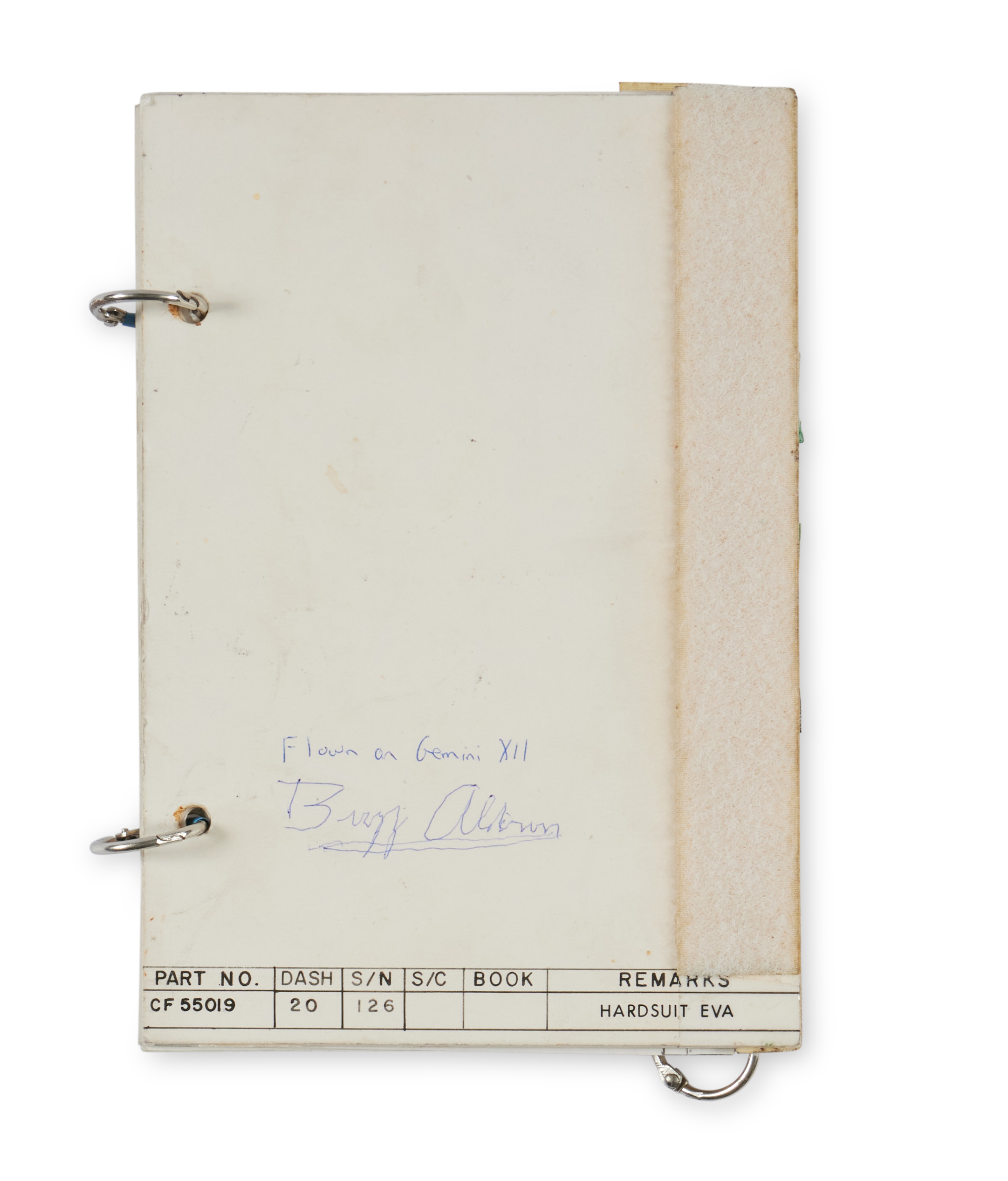 Each page provides a checklist for each step of the three EVAs (spacewalks) Buzz Aldrin completed on Gemini XII. This includes his two Stand-up EVAs and his highly successful Umbilical EVA, in which Aldrin left the spacecraft and worked at a task station designed to show that work could be completed in a microgravity environment. As the final Gemini program mission, Gemini XII's success laid the foundation for the future Apollo missions and demonstrated that astronauts could work and perform tasks in space.

BUZZ ALDRIN'S provenance letter reads, in full: "On November 11, 1966, Jim Lovell and I launched into Earth orbit on a three-and-a-half-day mission which was to be the last mission of the Gemini Program. One of our objectives was to prove that humans could work outside a spacecraft during Extravehicular Activity (EVA), or "spacewalk," while in orbit.

This Hardsuit EVA Checklist contains instructions, checklists, and diagrams that Jim Lovell and I needed to complete the scheduled experiments and work during both the Standup EVAs and the time I was maneuvering between our spacecraft and the Agena Target Vehicle (ATV).

During the three EVAs, I took Ultraviolet (UV) photographs of the constellations during the nighttime portion of our Earth orbits, I performed tasks using newly designed equipment for EVAs (which are still used on today's space station EVAs), and I retrieved a micrometeorite experiment and returned it to our Gemini spacecraft. I spent a total of five-and-a-half hours outside the spacecraft as I successfully completed the last three spacewalks of the Gemini Program.

This Gemini XII Hardsuit EVA Checklist is one of the few objects used in Earth orbit as is also a rare example of an astronaut flight-certified object."