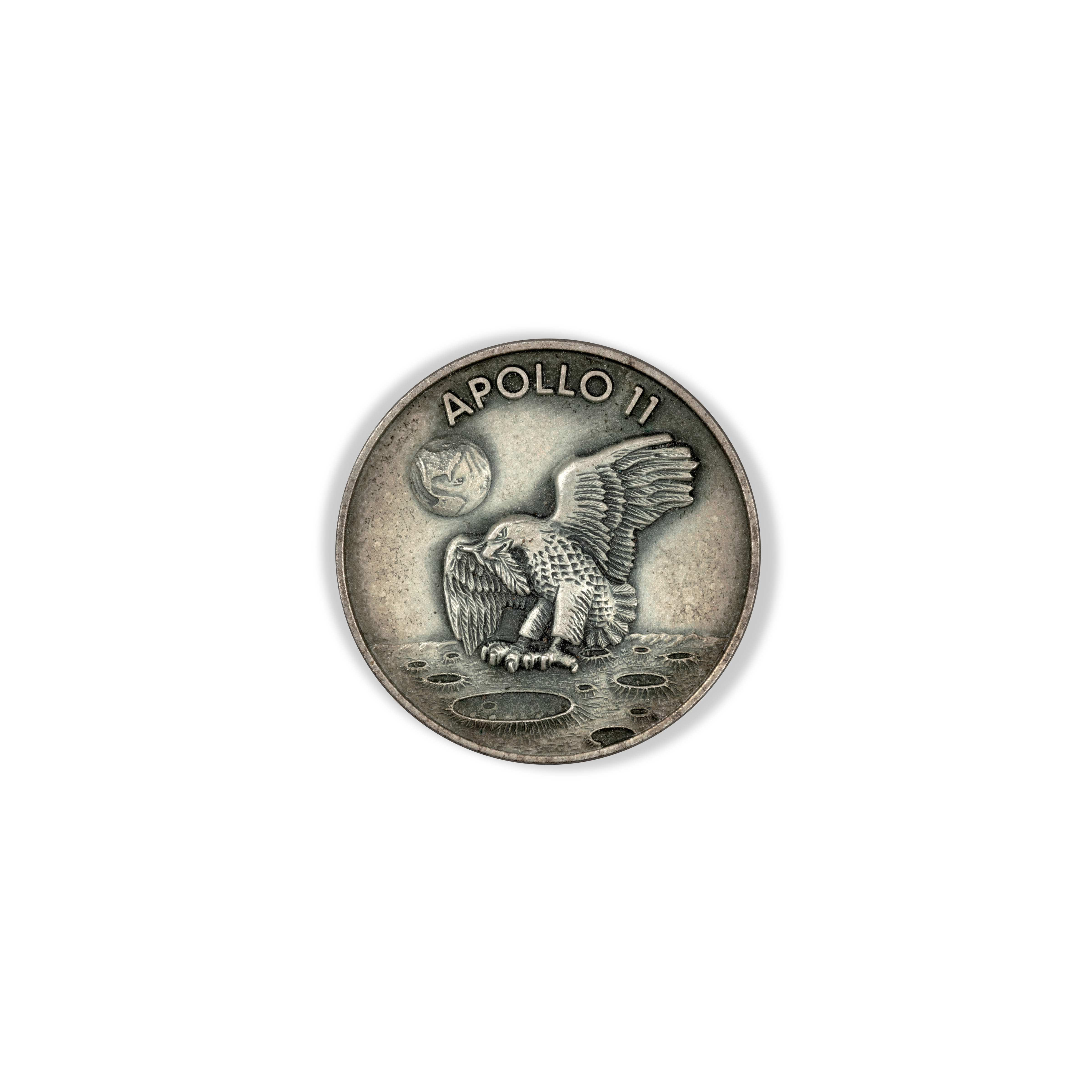 FLOWN Apollo 11 Robbins Medallion #433, sterling silver, 28 mm in diameter. Obverse features the mission insignia with the bald eagle on the lunar surface, reverse engraved with launch, landing, and return dates ("July 16, 1969 | July 20, 1969 | July 24, 1969") and serial number. This lot will be accompanied by a Typed Letter Signed from BUZZ ALDRIN.

Robbins Medallions were commemorative medallions minted in both silver and gold by the Robbins Company. They were produced expressly to be flown as mementos, starting with Apollo 7 and running through the Shuttle programs. The medallions were only available to be purchased by the astronauts, and for some missions, there were more medals minted than flown.

BUZZ ALDRIN'S provenance letter reads: "This is to certify that the accompanying silver medallion (Serial #433) was flown aboard the Apollo 11 mission to the moon and that it is from my personal collection."