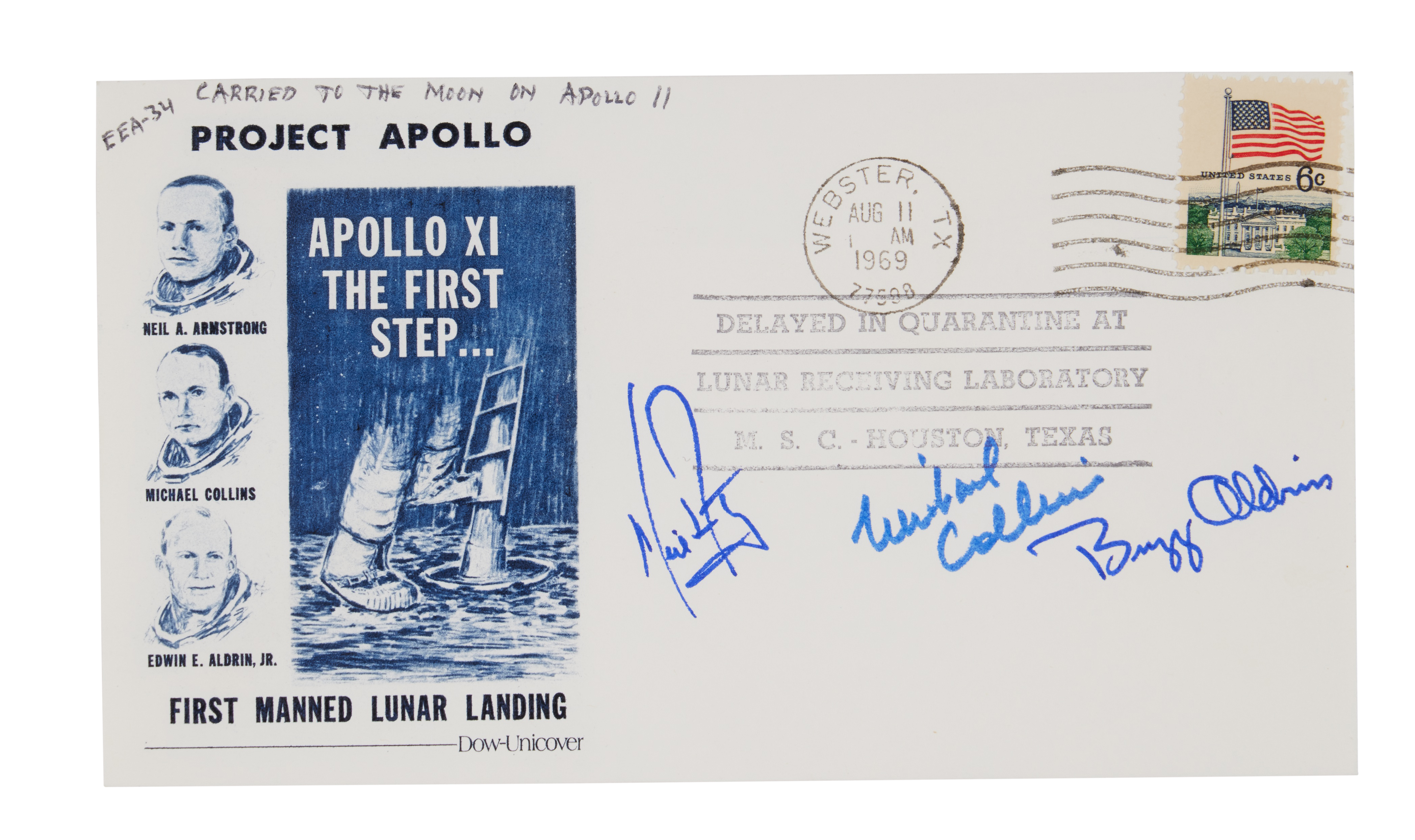 FLOWN TO THE MOON ON APOLLO 11 AND SIGNED BY THE FULL CREW, NUMBER EEA-34 FROM BUZZ ALDRIN'S PERSONAL COLLECTION.

The crew of Apollo 11 splashed down in the Pacific Ocean on July 24th, 1969. After they were recovered by the USS Hornet, the crew, along with their equipment, were placed into quarantine. There were only a total of 214 covers flown on the Apollo 11 mission, all of which were sent to be cancelled at the nearest post office once they were released from quarantine. Of these flown covers, three different cachet designs are known: Type-1, the "Manned Spacecraft Center Stamp Club" design, showing astronauts on the lunar surface with the EASEP (see lot 43 for "flown" version & lot 46 for "insurance cover" version); Type-2, the present Dow-Unicover with "Apollo XI The First Step..." design; and Type-3, the Apollo 11 Mission Emblem design (see lot 44 for "flown" version & lot 45 for "insurance cover" version).

BUZZ ALDRIN'S provenance letter reads, in full: "This Dow-Unicover commemorative postal cover was carried to the Moon during July 16-24, 1969 on the Apollo 11 mission. The Lunar Module Eagle made the first manned lunar landing on July 20, 1969.

This cover has been in my private collection since 1969 and was signed by the Apollo 11 crew –­­ ­­­­­Neil Armstrong, Michael Collins, and myself. I have written on the cover that it was "Carried to the Moon on Apollo 11" and added my initials "EEA" with the number "34," which is a serial number for this group of covers from my personal collection."