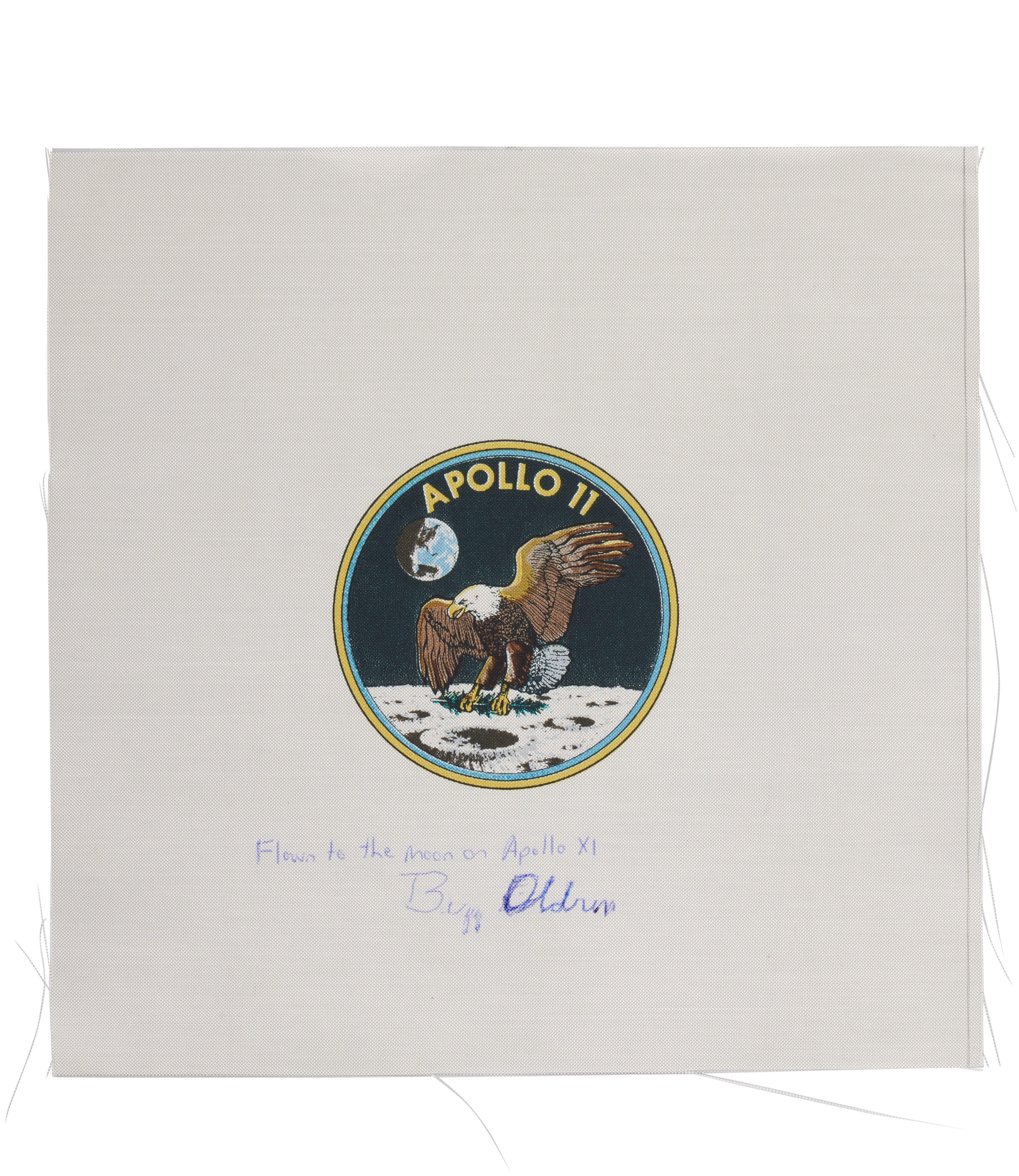 FLOWN Apollo 11 Mission Emblem, printed on a 9 by 9 inch swatch of white Beta cloth depicting an eagle flying over the surface of the Moon, claws gripping an olive branch. Emblems of this type were worn on all the Apollo 11 astronauts' spacesuits. This lot will be accompanied by a Typed Letter Signed from BUZZ ALDRIN.

Inscribed "Flown to the Moon on Apollo XI," and SIGNED BY BUZZ ALDRIN

FLOWN TO THE MOON ON APOLLO 11—

Beta cloth is a type of fireproof silica fiber, similar to fiberglass, that does not burn and only melts at temperatures exceeding 650 °C (1200 °F). Beta cloth was used in the manufacture of Apollo/Skylab A7L spacesuits, and in other specialized applications.

In July of 1969, I landed on the Moon as part of the Apollo 11 crew. To help commemorate this historic milestone, I chose to personally carry the accompanying Apollo 11 Beta Cloth Mission Emblem Patch with me in my Personal Preference Kit (PPK). This Beta Cloth represents our mission emblem as well as the fireproof cloth that we used as part of our equipment.

This Apollo 11 Beta Cloth Mission Emblem Patch has remained a treasured part of my personal space collection since 1969."