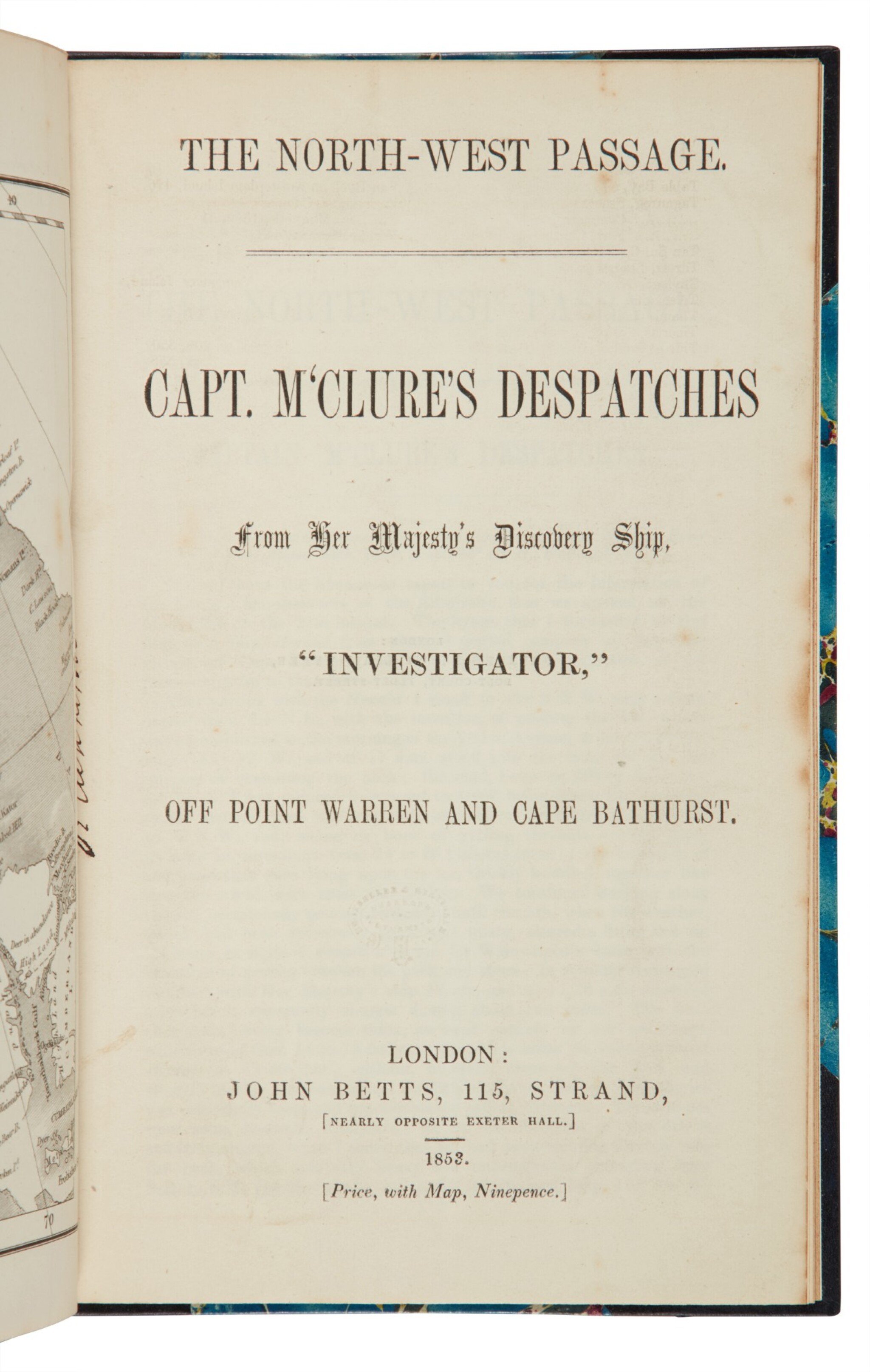 First edition. Dispatches from the first three years (1850-53) of M'Clure's expedition which led to the discovery of the Northwest Passage. In 1850, M'Clure took command of the Investigator, one of two ships seeking to find the Sir John Franklin, who had at that point been missing since 1845. Though after four years and eight months he failed to find Franklin, he succeeded in discovering the first Northwest Passage.