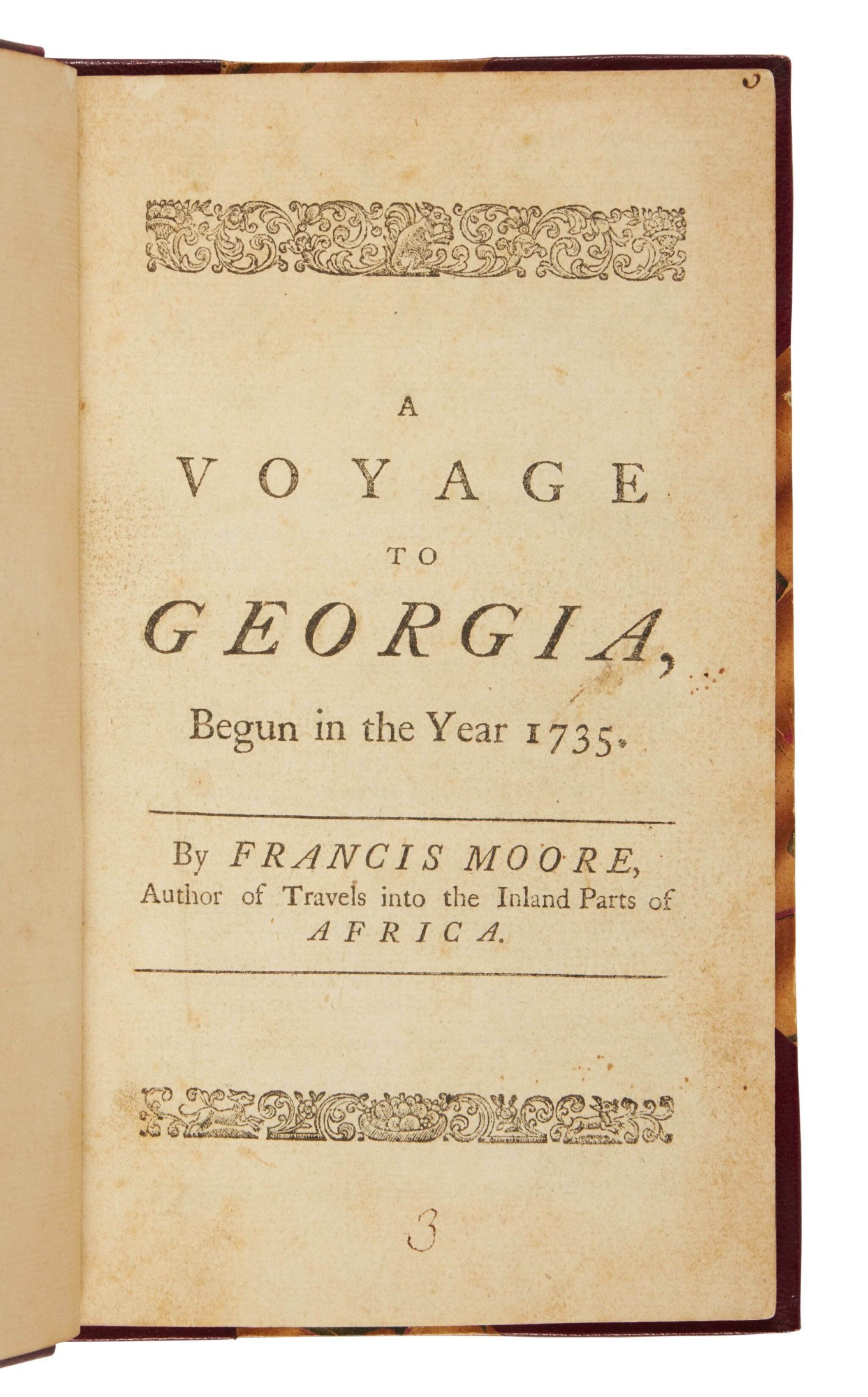 First edition. Francis Moore served as the keeper of the stores on General Oglethorpe's second voyage to Georgia, and, in this account, details much information about the Native Americans of that area. He describes alligators, lists the food, clothing, and other items allotted to emigrants, and relays "many incidents in the life of the chief Tomo-chi-chi-" (Field).