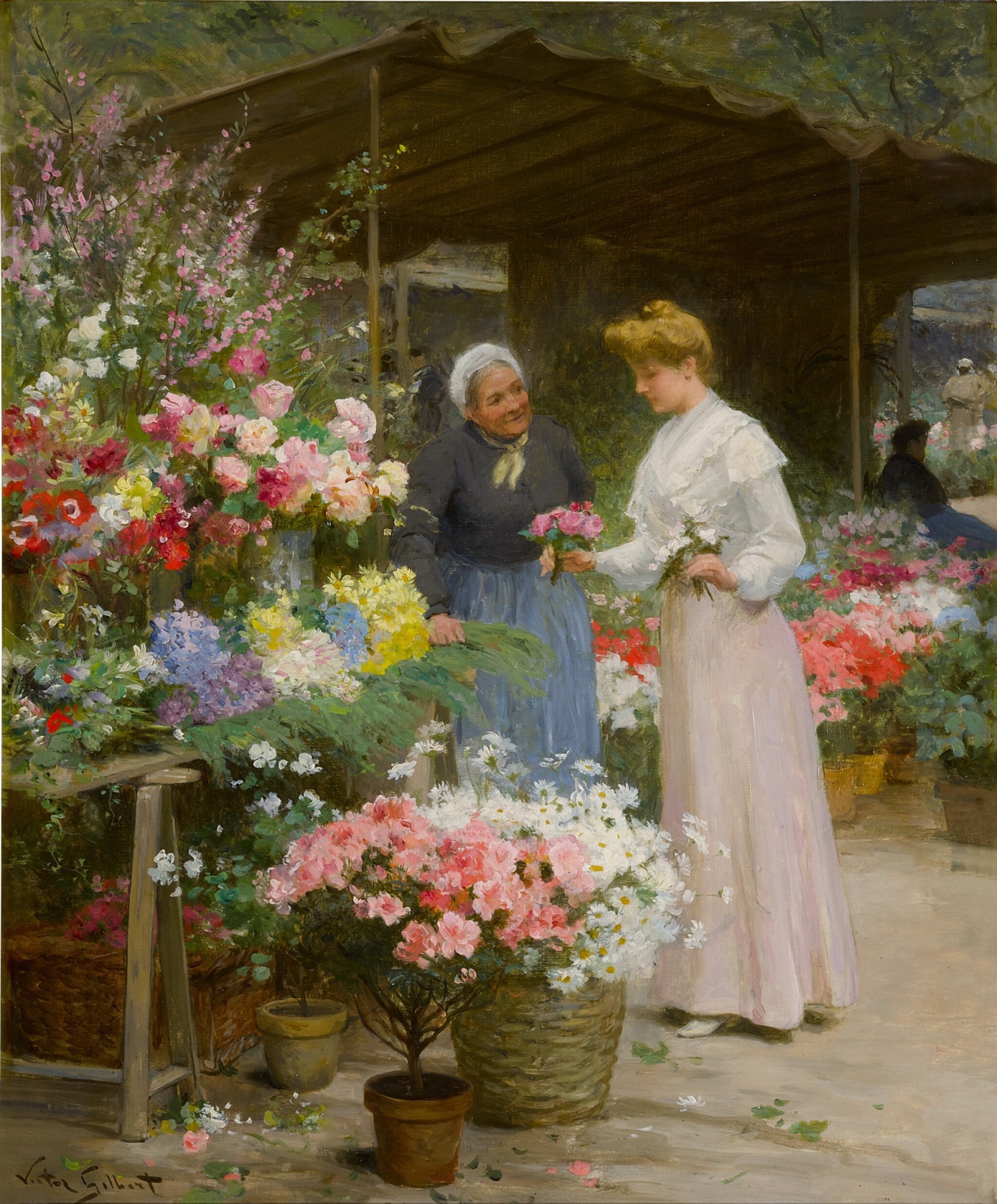 The canvas is not lined. The paint surface is stable and in excellent condition. Under UV light, no apparent inpainting.

Victor Gilbert was celebrated as the foremost painter of Parisian marchés during the final decades of the 19th century, when daily markets proliferated throughout the French capital to satisfy the growing upper and middle classes. Fresh fruits, vegetables and especially flowers flowed into Paris to cater to the tastes of its inhabitants and visitors. This particular flower market took place on the eastern side of the Church of the Madeleine, in the 8th arrondissement. One Paris guidebook describes the elegantly displayed bouquets of flowers and fashionable people that frequented the stalls, setting this market apart from the rest: "Here it's something else, the dominant element is the promeneur [...] they only sell luxury flowers there."(Léo Lespès and Charles Bertrand, Paris Album, Paris 1861, p. 288). Here, a young woman is aided by a flower merchant in choosing between pink and white flowers to match her modest ensemble.

Born in Paris in 1847, Gilbert's natural ability as an artist was recognized early on, but his family lacked the financial resources to send him to the École des Beaux-Arts. Instead, Gilbert apprenticed with Eugene Adam as an artisan painter and decorator before formally studying with Pierre Levasseur at the École de la ville de Paris.