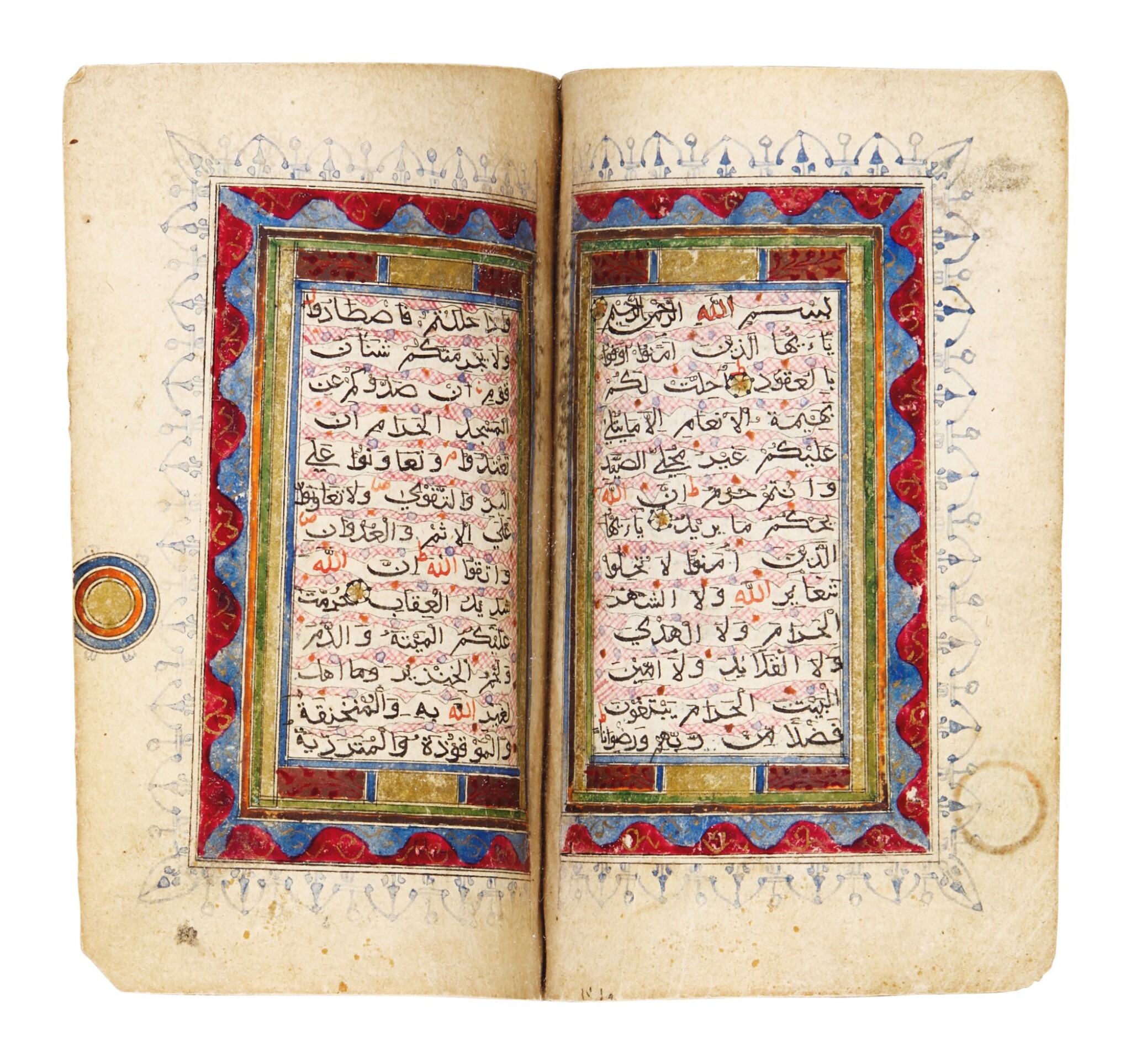 In overall good condition, the margins have been trimmed, minor stains and smudges, minor losses to the illuminations, minor later notes on the margins and the last page, very few pages have 17 lines to the page rather than 19, but do not seem a later replacement, minor restorations to the paper, misbound, the binding associated, as viewed.

Pre-Mughal Islamic manuscripts from India are rare, few having survived mainly due to political instability and unfavourable climatic conditions; most of the Qur’an survived from the period are of larger dimensions. The present miniature Qur’an, rare for its portable dimensions, contains much illumination, pointing towards a personal, noble, ownership.

The eight illuminated double pages divide the Qur’an in seven sections, each known as a manzil; the Qur’an is misbound but seems to be complete and the divisions are now in the following order:

Beginning with surah al-Fatihah (I)