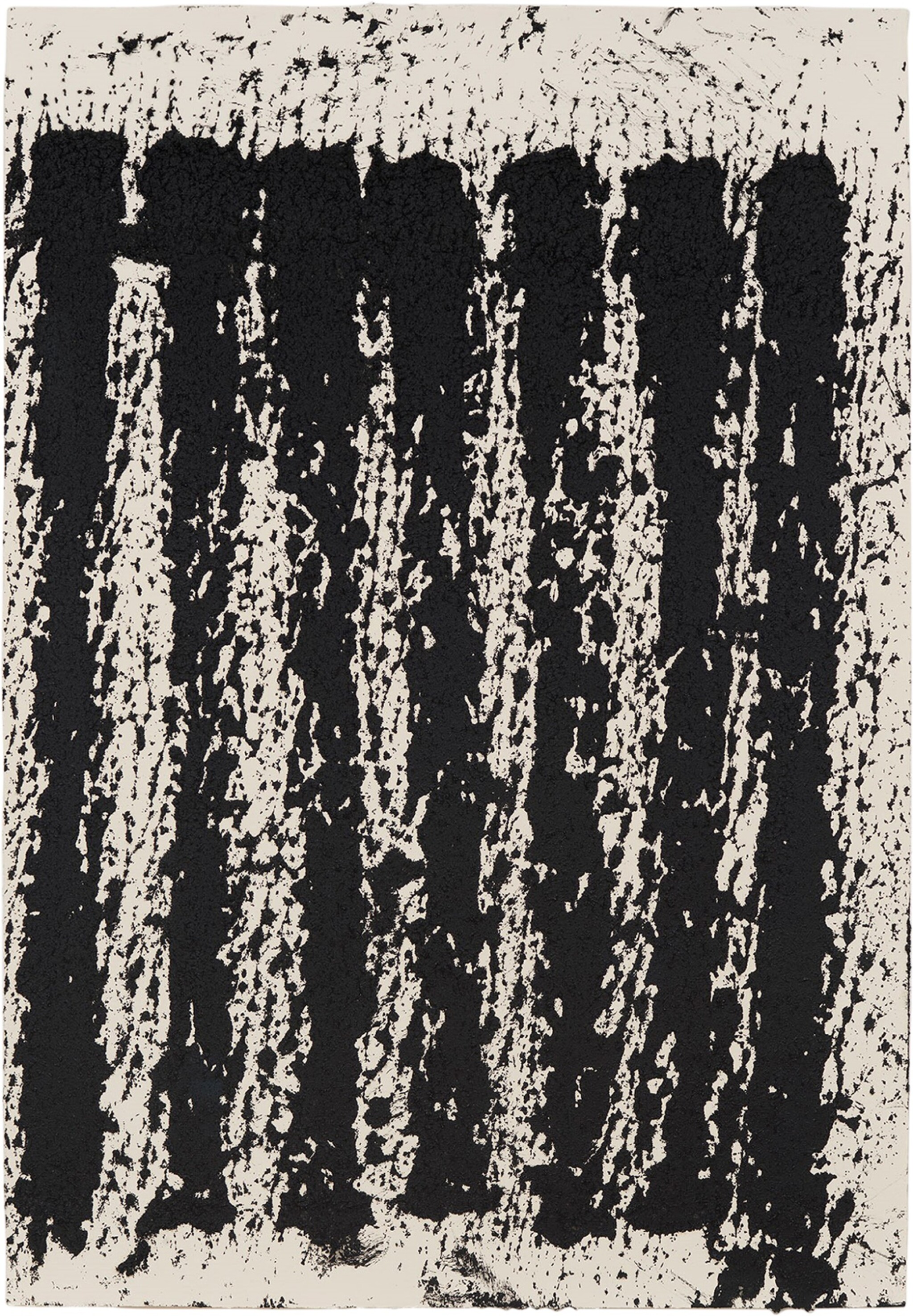 Sotheby’s will share part of its Buyer's Premium on the sale of this Lot to the Amnesty International France association to support its actions.

For further information on the condition of this lot please contact armance.gay@sothebys.com

Collection of the artist, New York

It is drawing that earned Serra a place at Yale for postgraduate study in fine art, and has remained as central throughout his career as the sculptural achievements for which he is best known. If anything, drawing is the

dominant paradigm in Serra’s understanding of art. ‘I read almost all art through drawing’, he said in 1992. ‘Drawing is always an indication of how artists think. [...] Drawing defines how one collects material through scale, placement and edge.’

Since the 1990s, Serra has developed a fecund set of techniques for a new category of drawings, unrelated to his sculptural projects. The results constitute a sizeable body of work that includes the Orchard Street series, 2018, and this kind of drawing embodies a sense of relations noticeably different from that found in his earlier large-scale interventions. The earlier works are by their nature communal opportunities for individualised kinetic experience. The Orchard Street drawings are smaller,

intimate, and not predicated upon a specific location. They are noticeably more private works that Serra produced in his studio without assistance, and intended

as self-contained objects that require a viewer, light, and a modicum of space. If this approach seems like a domestication of Serra’s practice, there is little

familiar about the tactile vocabulary involved. The results differ markedly not only from his other types of drawing, but also from anything else in the history of drawing as a medium.

In the Orchard Street series, Serra uses a blend of etching ink and silica. That material, unlike paintstick, requires no heating. It is more fluid and the high pigment load in etching ink allows extremely dense, rich blacks. In addition to its effect on the texture of the vehicle, silica also adds light-diffusing and brightening properties. The Orchard Street drawings share a structural predicate of arrayed vertical strokes that collect varying quantities of black matter on the recto of each drawing. Each stroke along the paper is individually assertive without implying

a contingent relationship with another stroke; no modelling occurs, no described contours or shading that might imply a narrative legibility. The marks are structural but not crucial, interrelated but not interdependent.

As any artisan, parent or lover is quick to grasp, there is no substitute for the self-contained reality of tactile engagement. A drawing that generates its own tactility

contains the promise of unique immediacy. We take that state for granted as we pass through the world but seldom expect it from graphic conventions. Those of us

who have endured the substitution of images for real presence in human relations might find in Serra’s drawings an unusually cogent argument for the most tangible of experiences, even where we least expect them.