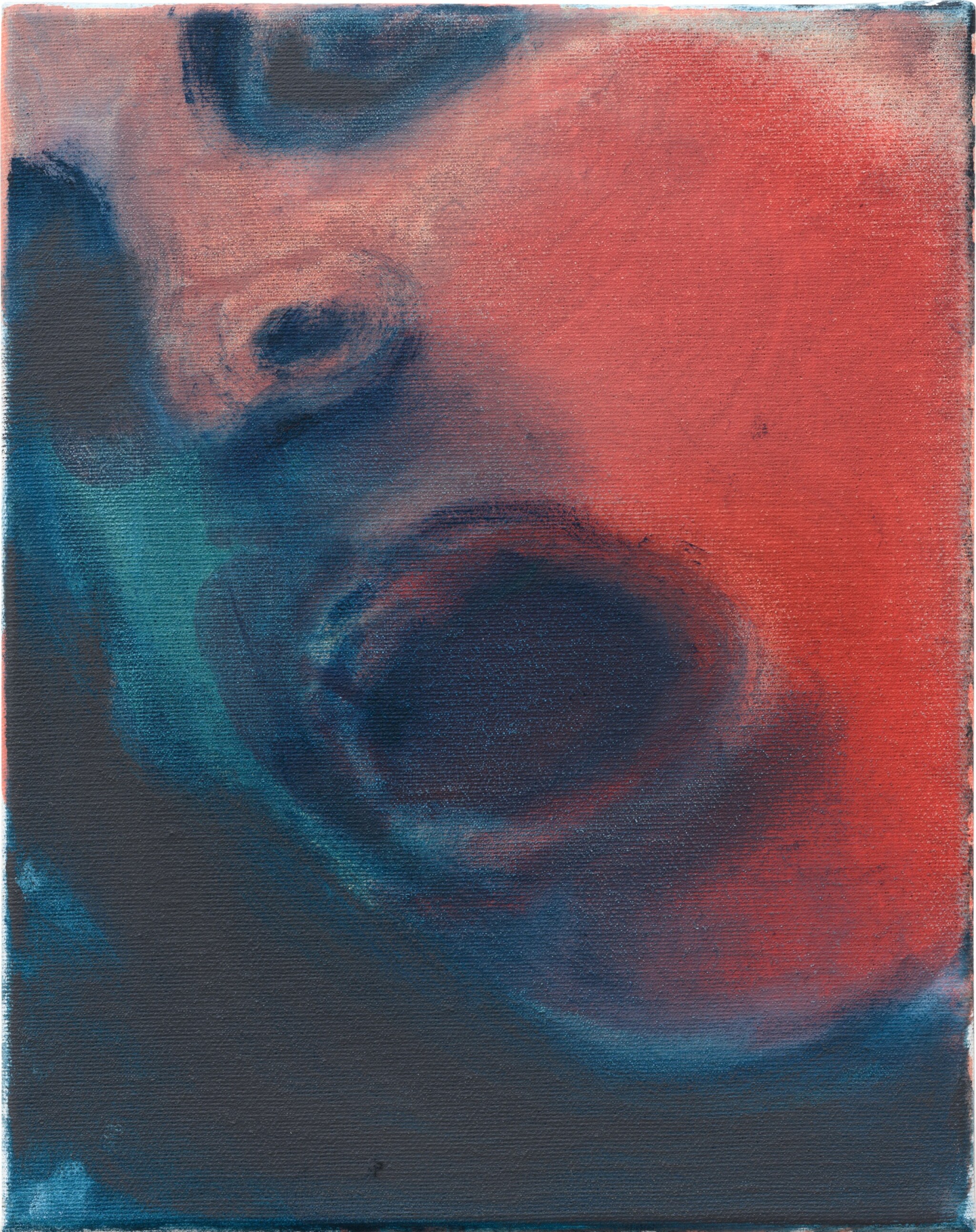 Sotheby’s will share part of its Buyer's Premium on the sale of this Lot to the Amnesty International France association to support its actions.

The work is in excellent condition.

Collection of the artist, Netherlands

The work Mouth was made as an illustration for the Dutch translation by Hafid Bouazza of one of Charles Baudelaire’s key works, Le Spleen de Paris. Le Spleen de Paris consists of 50 short prose poems that were published posthumously in 1869. The book’s subject is, in Baudelaire’s own words, “the description of our more abstract modern life”. The prose poems transmit a pervasive sentiment of alienation in the face of contemporary modernization, they expose the unadorned depiction of class contrast, the individual’s notion of losing the ground under their feet, an unsatisfied desire for beauty, the temptation of pleasure and intoxication, ambiguous feelings towards women who are admired and debased.

In the Dutch translation of Le Spleen de Paris, the painting Mouth appears next to poem XI, „La femme sauvage et la petite-maîtresse“. In this piece a male speaker cruelly ridicules and dismisses his mistress’s pains from denied love. While Baudelaire assumes a male perspective, in Dumas’s Mouth the woman’s face takes the stage. The face fills the canvas in an extreme close-up, all details have been eliminated to put the focus on the dark, undifferentiated, uncanny opening of the mouth. The mouth’s gaping cavity pierces a colourful zone dominated by the contrast of warm red and cold blue and is accompanied by nose and eyes, locations of auxiliary spots of darkness. It is hard to imagine a more unsettling expression of pain. At the same time, however, the sensuous ring of lips shaping the abysmal void of the mouth are evoking erotic lushness. Thus, Dumas’s painting rebukes the sneering superiority of the speaker in Baudelaire’s poem through the depiction of a woman’s face evoking the existential entanglement of abandonment and terror.

Mouth relates to another work of Dumas’s, the ink painting on paper, Venus mourns Adonis (2015-2016), that accompanies Hafid Bouazza’s translation into Dutch of Venus & Adonis by William Shakespeare. Venus mourns Adonis interrupts the flow of Shakespeare’s poem at a point where her wailing is evoked following his breaking from her “sweet embrace” – her woe presaging his imminent death in a hunt he chooses not to refrain from.

Even if it has been for a long time an important element of Dumas’s aesthetic strategy to isolate in her paintings figures, gestures, and individual parts of the body, there are few works of hers that crop and frame its subject in such a radical way to generate the expression of an overwhelming emotion. Consequently, Mouth has to be counted among Dumas’s most daring, most beautiful, most poignant and most agonizing paintings implementing her thinking on the bond of love and death.

Marlene Dumas states: “I chose this work for Amnesty, because people are arrested for opening their mouths, for speaking out. Women speak, and today also with Iran in mind, to mention just one, it feels more specifically about woman’s rights. […] Baudelaire was against political injustice (he criticised the French of his time severely), and so is Amnesty.“

The public viewing preceding the auction on December 6 is the first time Mouth is to be exhibited.