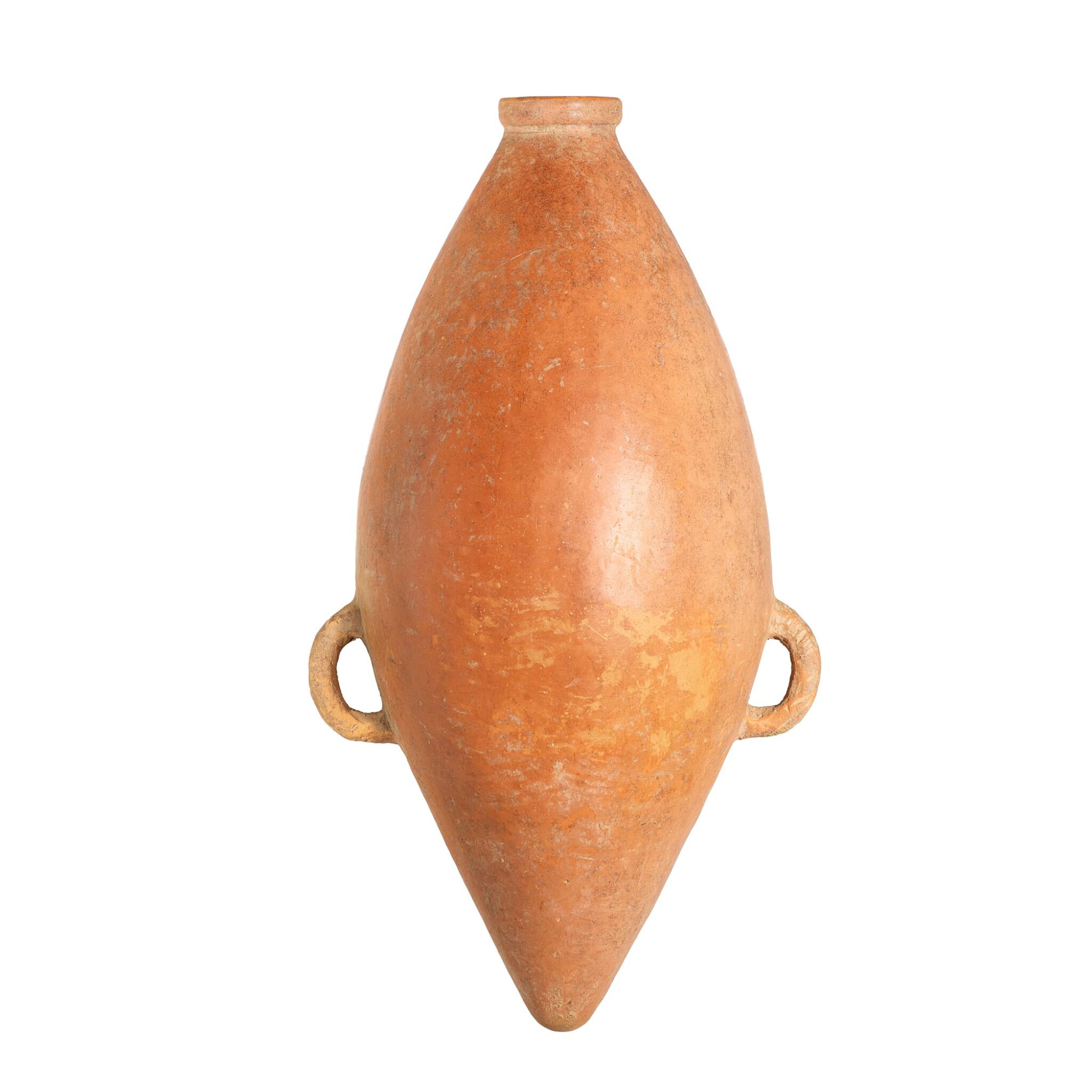 The flask is in overall good condition, with some minor dents/flakes (widest 1.9cm) predominantly to the reverse.

Such taper-end flask is a classic shape to the Banpo phase in the Yangshao culture and exist in various different sizes. The present flask, with its elegant form and beautifully burnished patina, ranks among one of the finest example of its type.

These flasks were used as water containers, they were suspended in water via cords tied around the neck and the loop handles. The mechanism of filling water into the vessel is ingeniously dependent on the varying centre of gravity attained as the top-heavy empty flask is gradually filled with water. With their substantial volume intake, these flasks were believed to function as water storage to minimise burdensome refills, especially when water source is not in proximity to the community.

A recent study discovered shards of a bottle of this form with residues of grains used in beer fermentation and a Banpo phase red pottery funnel which could have been used to fill these flasks, pointing that such flasks could be used as both water and fermented alcohol containers.