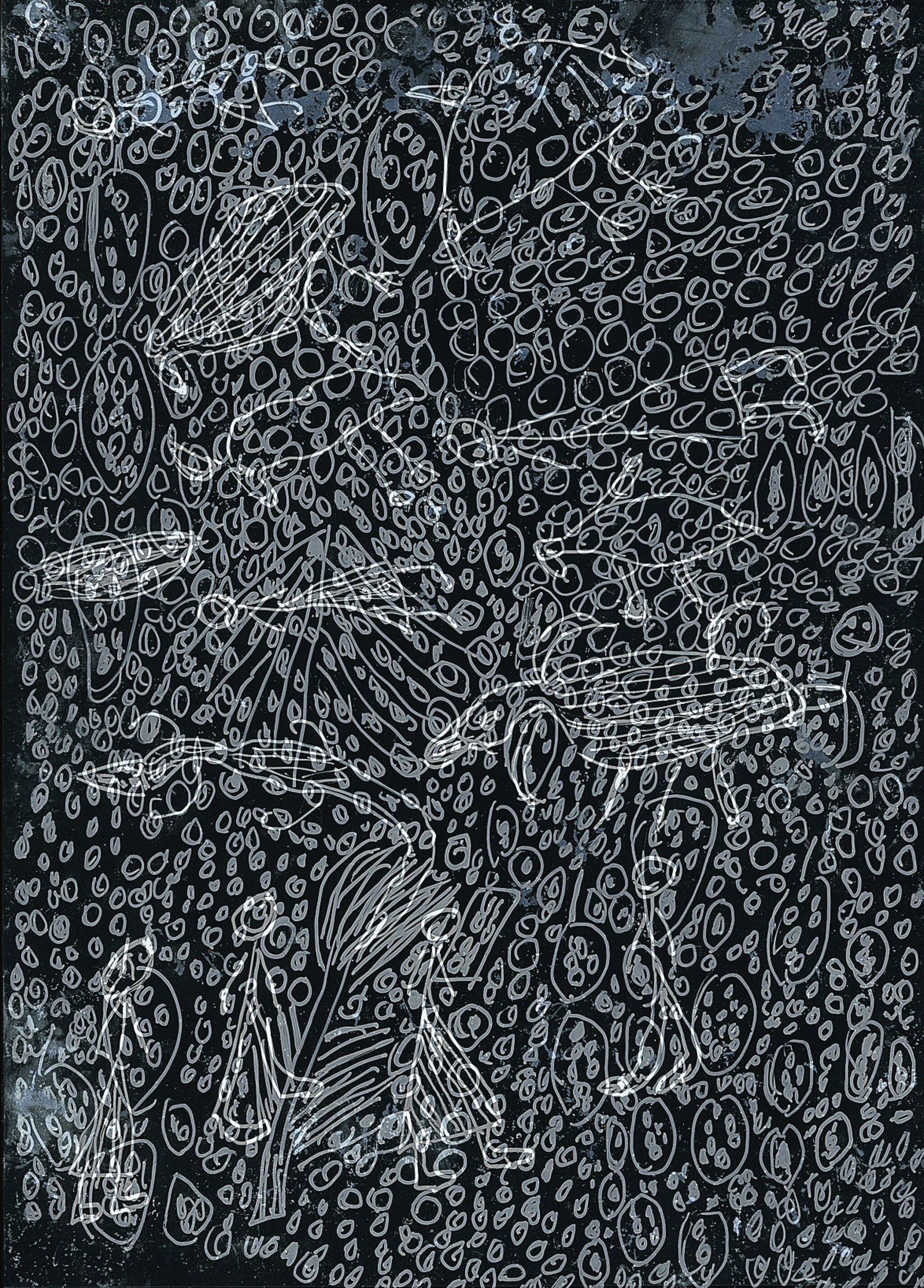 Private Collection, acquired from the above

"Nyapanyapa Yunupingu's Light Painting 2010-11 is a projection composed from a set of 110 drawings in white paint pen on clear acetates, made at Yirrkala Art Centre between 2010 and 2011. These drawings were scanned into a custom made computer program which uses a logarithm to randomly select three acetates at a time, assigns an opacity to each, then overlays against a second set of three. This process continues at an almost imperceptible rate, and only repeats after several hundred million iterations. There is no start and no end.  Every time the work is viewed, it is different. The result is a painting with light as its medium."