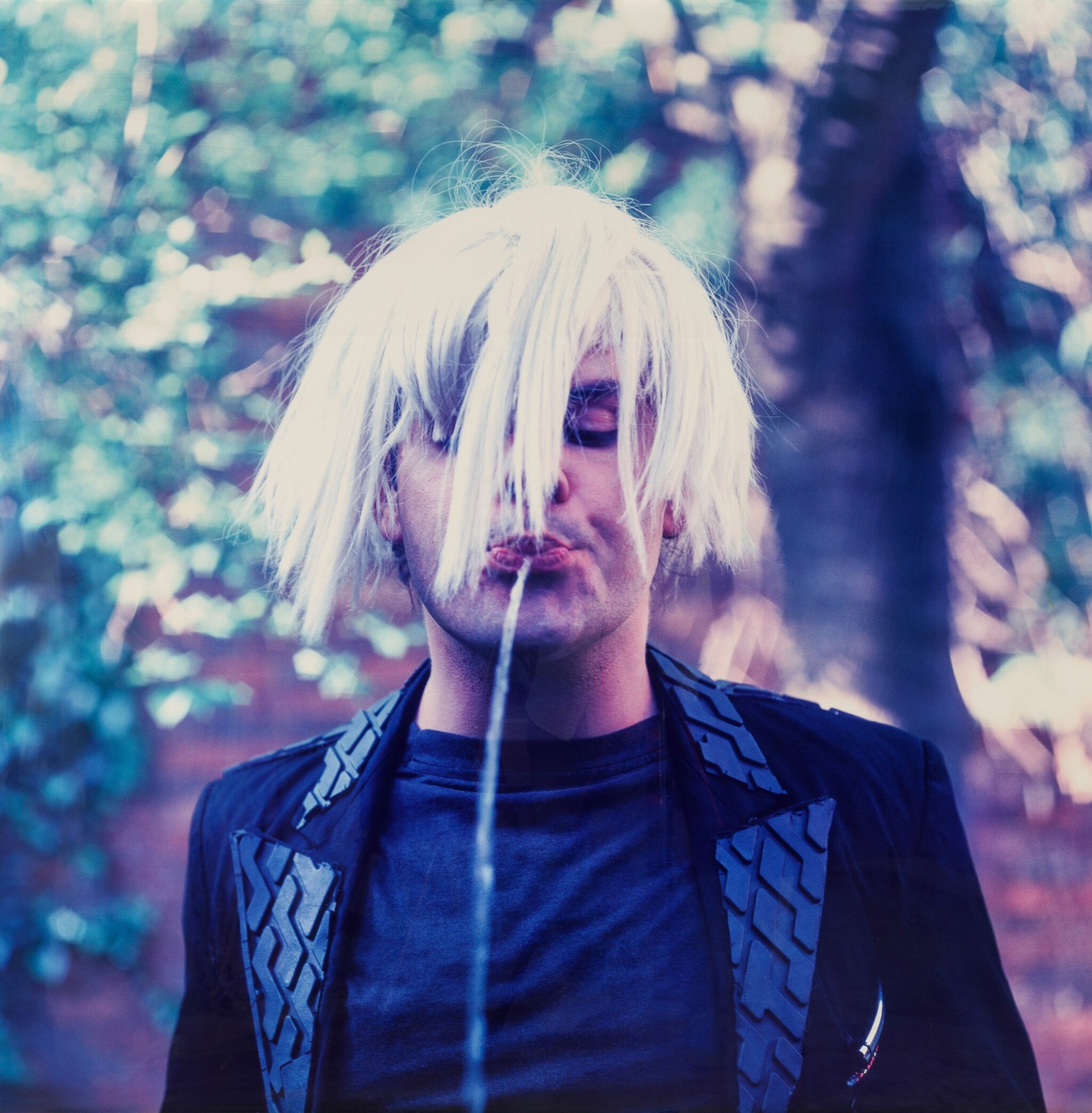 Housed in a custom wood and plexiglas frame as designed by the artist for his exhibition at Gallery Gabrielle Pizzi. The C-Type print may be slightly faded although this is hard to confirm as it looks very similar color wise to the example in the National Gallery Australia.

Dr Deborah Hart, Head Curator, Australian Art, National Gallery of Australia, has written with regard to this work, "Part of the liberation for Thompson in his encounters with Warhol's work has been his diverse identities. Andy is the child of European migrants. I identify with him as an outsider or fringe dweller. I'm not sure why but characters like Francis Bacon, Quentin Crisp, Boy George and of course Andy Warhol have always appealed to me. Perhaps it is their larger than life exterior or their ambiguity? Their inbetweeness? The collision of their seemingly disparate senses of self."1

Like Warhol, Thompson has long enjoyed the idea of dressing up as a means of altering identity. He identifies with the spirit of experimentation and inventiveness in Warhol's work, including his multiple representations of himself. Warhol was deeply interested in ways of imaging the self, changing his name from Warhola to Warhol. In the 1950s he began to effect a physical transformation. He started to lose his hair during his early twenties and wore a small hairpiece to hide the fact. In photographic contact sheets of self-portraits in The Andy Warhol Museum, he is shown "doubling his efforts to hide and transform himself - once by wearing whiteface makeup and by posing near one of his hand-painted folding screens, whose purpose was to create privacy."2 The personal wigs that Warhol wore from the mid-1960s were shades of blond veering to white that made him instantly recognisable.

It is this "look" that Christian Thompson adopts in his portrait Gates of Tambo - Andy Warhol. The long, pale hair falling across his face leaves us in little doubt of the subject of his impersonation, despite the concealment of his face. At the same time, the spout of water that he blows from his mouth adds a sense of absurd humour, echoing Bruce Nauman's Self Portrait as a Fountain, 1967. Thompson's reasons for depicting himself as Warhol are in part because of the ongoing relevance
Warhol has to contemporary culture, predating our obsessions with reality television. Thompson also points out that Indigenous and non-Indigenous artists from Australia travel widely, live in different places and take their "selves", their cultural, social and artistic backgrounds, with them in an ongoing process of engagement with fresh ideas and alternative ways of looking at the world.

As he says: "Andy and Bruce [Nauman] are absolutely creative forefathers. I have never thought of my work or my position in Australia as being 'not' international but in fact the opposite, I feel international as much in regional Queensland as I do in Amsterdam or New York. What is pure is the energy that perpetuates the simple gestures which are most central to our existence."3