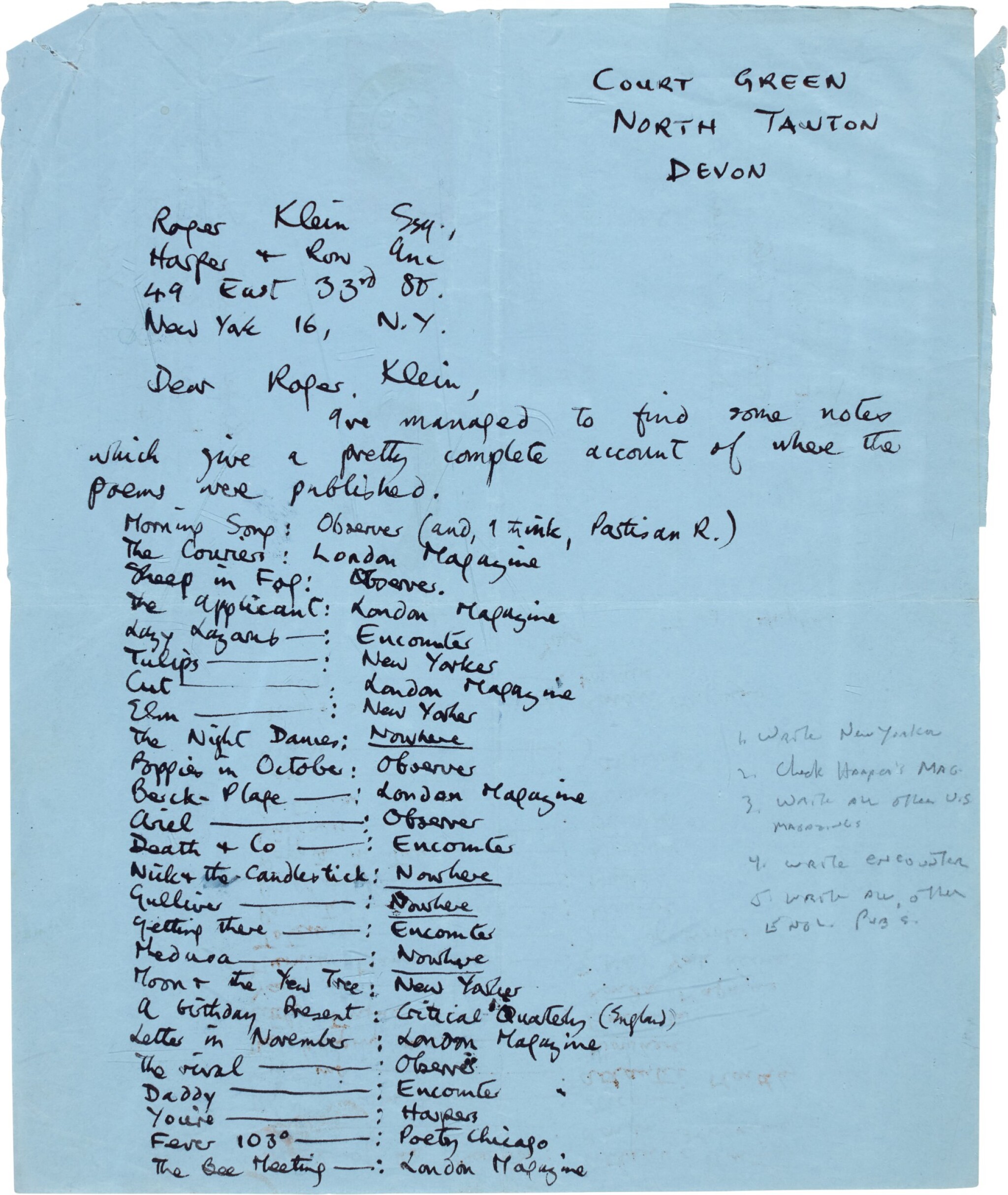 listing Plath's Ariel poems and their magazine publications ("...I've managed to find some notes which give you a pretty complete account of where the poems were published..."), 43 poems including nine with no previous publication history, 2 pages, folio, aerogramme, Court Green, North Tawton, Devon, postmarked 21 January 1966, with pencil notes in the right margin

[with:] Retained copy of a typed letter by Donald Pace, to Hughes, on the American copyright of the Ariel poems, 1 page, 4 April 1966

The order of the poems in this list follows Hughes's rearrangement of Plath's sequence, following the 1965 edition, but concludes with two poems ('Mary's Song' and 'Lesbos') that were not included in the English edition.