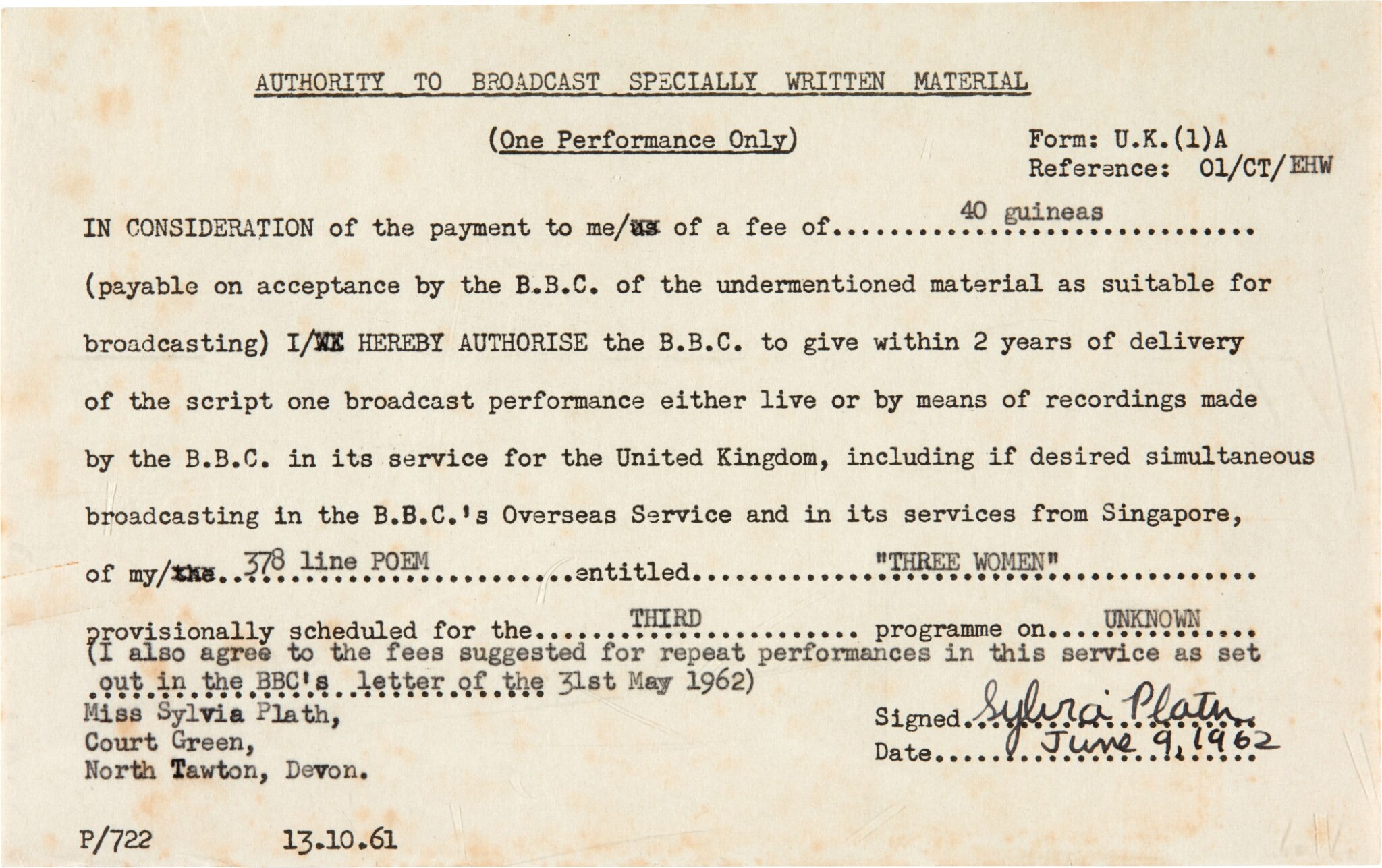 ﻿'Three Women' comprises three interwoven monologues expressing the experiences of three pregnant women: one takes her child home, a second suffers a miscarriage, and the third gives up her baby for adoption. It was written in the months after the birth of her son, Nicholas, and draws on her own experience of miscarriage in 1961. It was first broadcast on 19 August 1962, around the time of the collapse of Plath's marriage.